I turned on the TV this morning to some cable channel and the news was on. I listened and watched for a little bit while getting ready for work and it dawned on me that I really don’t like to watch the news! In fact, I rarely watch news, local or worldwide. Let me preface this by saying, while I don’t watch the news, I do read local and worldwide news online everyday.

Growing up it was a nightly staple to watch the 7 pm local news with my parents and on a morning before school if the TV was on, BBC or CNN was likely showing. But lately, I just cannot watch it! When I read the news I can choose what I want to let into my system and what I want to keep out! So it’s not that I’m not up to date with current news, but I choose how much of it I let in.

Truthfully, I like to keep it light and positive and lets be honest most stories are not!

Here are some reasons why I stopped watching the news: 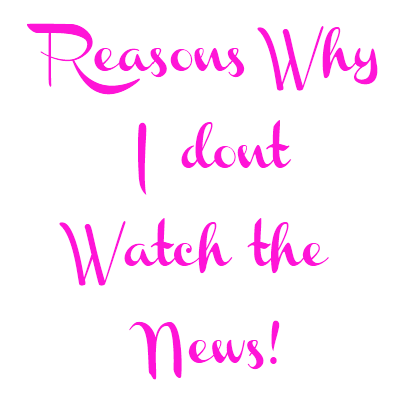 1. Incessant bombarding of information – When there is a news story, particularly a heart wrenching story, we are bombarded with it 24/7. Now I know the public wants and sometimes needs to know about certain things but I think at some point it becomes insensitive to the people actually affected. The Sandy Hook school shootings are an example. I know it was of international interest but if I just lost my child, I wouldn’t want a camera in my face 24/7.

2. The sad stories – Last week I managed to glimpse a story on a news channel at work. It was a story about a 4 year old boy in the US who died of cancer and his parents gave him a Star Wars themed funeral. It was a touching story but it’s these very stories that rip my heart out. Why does a 4 year old have to die from cancer? Sigh. Kudos to his parents for sending him off in style though. On another note, can anyone explain what happened to that plane full of people? Or the ship that sank with all the students?? You just can’t help but wonder how the families feel. Everyone in that plane or ship was a brother, sister, child, parent, friend or spouse to someone! Too much for me to handle!

3. Sensationalism – This one is my pet peeve. A classic example was the coverage of the Boston bombings. I actually read and watched all the coverage from that, because a lot of my dad’s family actually live in Boston and go to the marathon annually. There was one picture however that I think stands out in everyone’s mind from the coverage of the bombings, and that is the picture of the young man with the severed leg. Everyone knew that there were major injuries in the bombings so did that picture really need to be plastered all over every newspaper and news station? I don’t think so. Thankfully that young man is ok and doesn’t seem to be too concerned that a picture of him at his most vulnerable circulated around the globe. I think sometimes I just realize how much of the coverage is shown just to receive a reaction from the public.

4. Crime – I’m an attorney, and although I am not a criminal attorney and do strictly civil, I do see and hear my fair share of crazy. I don’t need to see any more than I already do at work.

Politics both local and worldwide? check and check!

Celebrity news? You better believe it! I mean check out this screenshot from an article on TMZ I read the other evening … who can resist a headline like this?: 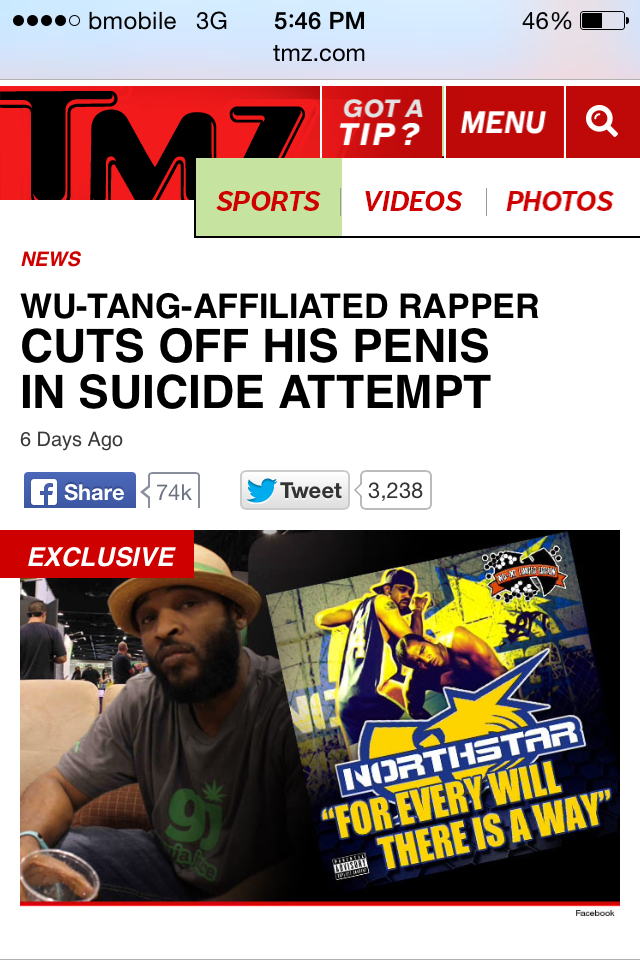 The sad part? They couldn’t re-attach it! Poor guy!

Am I alone on this? Do you guys like to watch the news?

Have a great Thursday!