My phone is always in my hand or very close to me. It’s probably why I respond to texts and emails at embarrassingly quick speeds (also I don’t like to see the red notifications thingies so that may be the reason as well). I’m an Iphone girl and I love my phone although I desperately need an upgrade because I’m still rocking a 4s!! (I’m patiently waiting for the 6).  If my Iphone isn’t in my hand my Ipad is. This is me all day everyday …

Anyway, I remember years ago when I was a blackberry girl and I just couldn’t live without BBM.  I remember during that phase thinking no way would it get better than this, then BAM, Iphones and Androids and all kinds of techy gadgets and poor Blackberry has all but gone extinct. So I thought it would be fun to document what apps I love on the Iphone now so that I could look back on it when the new craze comes around. 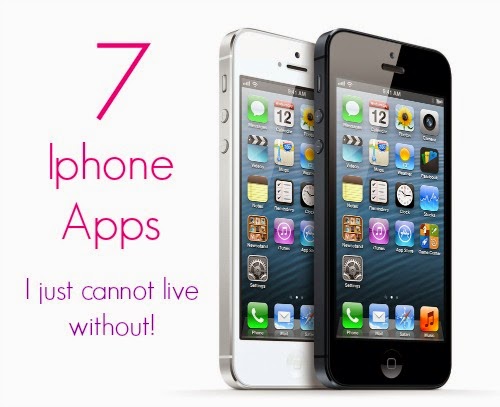 I love twitter, in fact when I got a twitter, I started to neglect Facebook. These days, I rarely ever go onto my Facebook profile at all. Facebook just annoys me period actually. But back to twitter … I actually have two twitter accounts, my personal twitter which I’ve had forever, and one for the blog. One gets neglected usually, because ain’t nobody got time to double tweet, but even if its just to twitter stalk celebs, or get the FASTEST news (seriously the fastest news and weather updates), Twitter is one of my faves.

Fast second to Twitter is Instagram. It actually seems like the Instagram craze is getting bigger. I remember one of the main reasons I got rid of my blackberry was because of Instagram. I wanted it so badly. I don’t have an instagram for my blog and I like to keep things pretty separate but I’m considering it. Do you guys have separate Insta accounts? It seems like most blogs these days have mini Instablogs. I probably don’t win giveaways because of I don’t ever enter the Instagram options…

Well naturally since we all aren’t BBM-ing (the BBM app for iphone sucks), we needed a replacement for it. Enter Whatsapp. I swear I am always on Whatsapp. The group chats, the ease of chatting with people abroad like my sister, its just an easy way to chat and I actually use it more than IMessage. If I had to have one hangup with WhatsApp it would be described in three words “last seen at …” Pretty sure more breakups were caused around the world by those three words than the little ‘R’ or ‘read’ in Blackberry days. Luckily there’s an option to hide you last seen status. Just use it and save yourself the drama.

Hi, my name is Krystal and I have a shopping problem. #thatisall

If you don’t have this app you better get with it. Shazam is the best. I download so much music it’s a little ridiculous, so when I’m listening to the radio in the car and a song comes up that I don’t know I open up Shazam and bam … or should I say shazam … the name of the song and link to iTunes to purchase it appears. Easy Peasy. Whoever invented this little gem deserves a standing ovation.

I was really focusing on third part apps but I use my noted apps so much I just had to include it. I write everything from grocery lists to pharmacy lists to a month budget on here. Love my notes app.

Love hate relationship with this one … it wakes me up every morning so its my least favourite and one of my most used at the same time. I actually screen shot a list of my alarms but the name I put for the alarm that wakes me for work probably isn’t blog appropriate …

I have TONS more apps on my phone that I use often. I have a slew of fitness, calling, reading, games and other apps as well, but for everyday purposes those listed my go to apps. Also, I excluded the camera and pictures apps because its a given that those are the most used apps. .

What apps do you need to have on your phone??