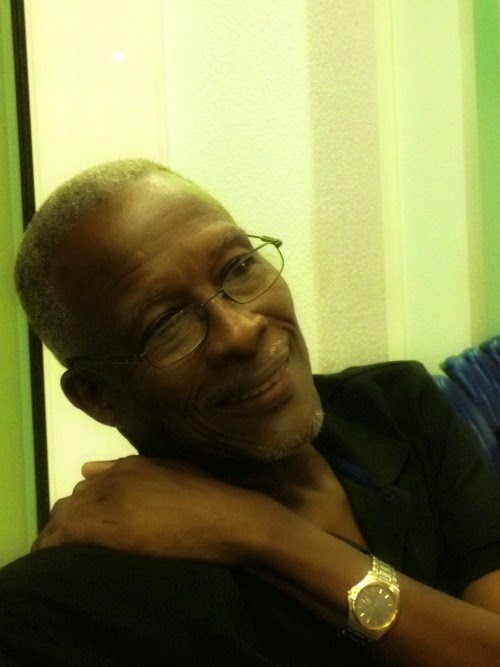 See that handsome man in that picture up there?

Sorry ladies, he’s been taken for a long long time … married 41 years this last May to be exact. I’m his last born spoilt child and always will be. So spoilt that he often used to tell me, in jest of course, that I would make him go broke – that I’m his most expensive child. Quite possibly true (eight years of college and two degrees aint cheap), but we all knew then and know now that he loved and still loves to pamper his daughters. He’s a giver this one. The one we ran to when mummy said we didn’t need that extra 10 bucks (love you mummy hehe).

He’s the most tolerant and supportive man. Living in a house with only women, I think he wins the most patient award too. I can only pray that my husband is half the man that he is! Just last week when I told him I aced my exams, his face lit up with excitement for me and he was ready to celebrate. Yup, this is a man who still gets excited and thinks its a reason to celebrate when his 28 year old daughter, who is already a lawyer, does well in exams. I live to make him and my mum proud.

He’s also the strongest and most caring  man I know. He has had loss in his life and still wears a smile on his face. I watched him almost single handedly care for his ailing brother for years, without ever complaining. Almost daily from about 2010 to 2012, he drove 2 hours round trip to ensure that his brother, who was three years his senior and an eternal bachelor with no kids, knew he was not alone … even until the end he held his brothers hand. He was there with him as he left this earth.

He’s the kind of father who would have something to eat and would walk around the entire house asking anyone if they wanted any, before he ever took a bite. The kind of man who would peel oranges for everyone else in the house and only if there was any left, then he’d have one himself. I’m not exaggerating when I say he would have 10 grapes and keep three because his wife and daughters wanted more … even though they already had their share. He’s the man who sat at the table every evening after school with us to eat dinner and do homework. That’s the kind of father I have.

He might be the funniest person you ever get the pleasure to meet. The guy can tell a story and crack a joke … not to mention, he can turn any word into a pun. He’s the man who would create his own words and re-tell his own jokes even though we’ve heard them a million times before … We don’t mind though, because they really are that funny. I will ensure that my children know and cherish all the lifelong jokes in our family, jokes that are all due to this guy!

This man is a friend to his children, a hard working provider for his family and my forever superhero. He’s a gem. I adore him. I seriously hurt when I see men abandon their families and make excuses because I know that its not impossible to stick around, to be there, to provide, to support your kids, even in the hard times. And I only know that because of that man up there in that picture.

That man is my dad folks …

But I call him, and I forever will call him, Daddy!

(I love you mucho Daddy! Mum you hit the jackpot!)