Well it’s that time of the month. No not that time (where is your mind), I’m talking about book review time. I do love that its an Australian author this month since Ill be there soon! (yes I keep talking about Australia … I’m excited so bear with me.) This time its Big Little Lies by Liane Moriarty.

Ill be honest though, this isn’t my best review … Keep reading to see why. 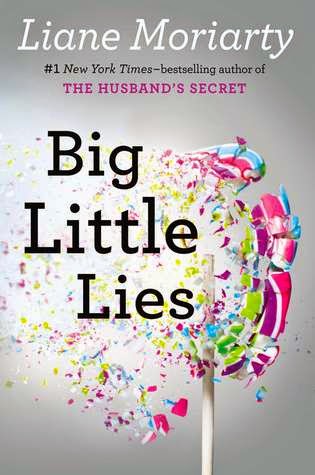 Sometimes it’s the little lies that turn out to be the most lethal. . .  A murder . . . a tragic accident . . . or just parents behaving badly? What’s indisputable is that someone is dead.   But who did what? Big Little Lies follows three women, each at a crossroads:   Madeline is a force to be reckoned with. She’s funny and biting, passionate, she remembers everything and forgives no one. Her ex-husband and his yogi new wife have moved into her beloved beachside community, and their daughter is in the same kindergarten class as Madeline’s youngest (how is this possible?). And to top it all off, Madeline’s teenage daughter seems to be choosing Madeline’s ex-husband over her. (How. Is. This. Possible?). Celeste is the kind of beautiful woman who makes the world stop and stare. While she may seem a bit flustered at times, who wouldn’t be, with those rambunctious twin boys? Now that the boys are starting school, Celeste and her husband look set to become the king and queen of the school parent body. But royalty often comes at a price, and Celeste is grappling with how much more she is willing to pay.   New to town, single mom Jane is so young that another mother mistakes her for the nanny. Jane is sad beyond her years and harbors secret doubts about her son. But why? While Madeline and Celeste soon take Jane under their wing, none of them realizes how the arrival of Jane and her inscrutable little boy will affect them all. Big Little Lies is a brilliant take on ex-husbands and second wives, mothers and daughters, schoolyard scandal, and the dangerous little lies we tell ourselves just to survive.

I liked Big Little Lies, though I’m not sure if I loved it, and we can blame the ending (which I wont reveal) for that fact. Set in Australia, it was to me a story of parenting, “mummy cliques”, friendships, families, broken homes, relationships, children and of one night at Pirriwee Public School that turned deadly. Two words resonated throughout the book – “Trivia Night.” I love it when an author starts a book with impact. We are immediately taken into the drama of Trivia night in the very first sentence of chapter one “That doesn’t sound like a school trivia night … that sounds like a riot”. We learn a parent is dead. We the readers are then taken on a roller coaster ride through flashes back throughout the book to the months and days before said Trivia night. Was it murder? Well I’ll let you read to find out.

I don’t want to make it seem like the story was just one of mystery and suspense. It was not. There were well developed characters and relationships outside of the Trivia night debacle. There were three main characters/mothers developed and I did fall in love with them all in some way. Madeline, Celeste, and Jane were all mothers of kindergarten aged kids entering the school. Madeline is in her forties and is married to her second husband. We feel Madeline’s pain as her older daughter seeks to move in with her ex-husband and his much younger second wife, whose child also happens to be entering the same Kindergarten class. Celeste on the other hand was developed as a rich, beautiful, but quiet woman with the ‘perfect’ marriage. She is the best friend of Madeline and the mother of twin boys. Finally there is Jane, a young single mother of her son Ziggy who was the product of a one night stand.

I think the characters were well developed albeit sometimes stereotypical. I fell in love the the zesty personality of Madeline and the quiet persona of Celeste, while I was left intrigued by Jane’s story and the story of Ziggy her son.

All in all Big Little Lies was an easy read. The writing was simple enough and the characters well developed. That said, I struggled to even give this 4 stars because I really did not like the ending. In fact I struggled to write this review. I hate to give away too much in reviews … so I’ll just say that I found the ending to be anti-climatic at best, or perhaps I was built up throughout the book to expect too much of Trivia Night. I would still recommend it, as until the end, I did truly enjoy the writing.

“They say it’s good to let your grudges go, but I don’t know, I’m quite fond of my grudge. I tend it like a little pet.” 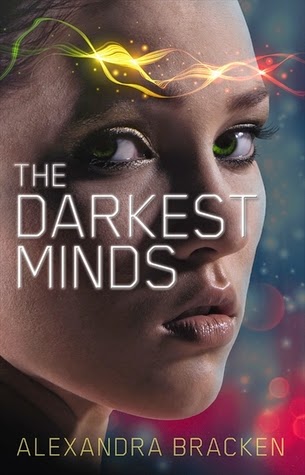