Hey guys!! I know I said I was back … but that was before I was hit with the most insane jetlag ever … AND a brand new deadline to hand in an introduction to my masters thesis on Monday … as in tomorrow. Yup so once again I have neglected to read blogs and write my own. Sigh. No worries though I think I am really back from Monday so yay me! I will definitely be posting my recap posts this week. I truly miss my blog and blogland. Funny how that happens.

Because my life was in a state of pure chaos this week, I missed book club day! No worries I’m posting my review today! 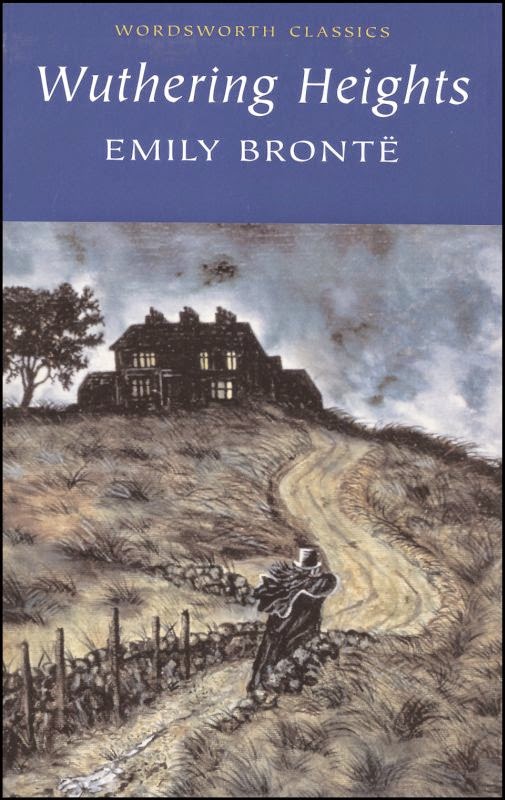 Wuthering Heights is a wild, passionate story of the intense and almost demonic love between Catherine Earnshaw and Heathcliff, a foundling adopted by Catherine’s father. After Mr Earnshaw’s death, Heathcliff is bullied and humiliated by Catherine’s brother Hindley and wrongly believing that his love for Catherine is not reciprocated, leaves Wuthering Heights, only to return years later as a wealthy and polished man. He proceeds to exact a terrible revenge for his former miseries. The action of the story is chaotic and unremittingly violent, but the accomplished handling of a complex structure, the evocative descriptions of the lonely moorland setting and the poetic grandeur of vision combine to make this unique novel a masterpiece of English literature.

I probably mentioned it once or twice on the blog but I have an English/history double major degree. So I have read this book before. Many many times. And on no planet would this book get less than five stars from me!! I know not everyone loves this book, but I love it!

To me, Wuthering Heights is a book well beyond its time. It is simply put a book written in 1847 with themes that transcend that period and are applicable in the present day. It has often been considered a gothic novel and follows the romance (?) between Catherine, an upper class girl, and Heathcliff an orphan who was taken in by her father. I don’t give spoilers in my review generally but I will say this, the love story does not go as planned … at all! It gets dark folks, it gets real. Too real. But this fact, in which in my humble opinion ,made for an excellent story and I cant imagine how brilliant Emily Bronte must have been to dream up this literary genius in the 19th century. Brilliant! And please dont take away from this that it is only a tale of romance, because it is so much more.

As to the characters, they were all complex. Ill speak to the main ones. Both Heathcliff and Catherine are flawed characters
– beautifully flawed and very human! They both take the reader through the motions of loving and loathing (particularly Catherine). They were developed in such a way that you become so invested in their stories, and the stories of those around them!

Because I’ve read this book so many times I struggled to write this because I was terrified of giving away anything, so
this review is purposefully vague. Here is my review … READ IT … its worth it!

“He’s more myself than I am. Whatever our souls are made of, his and mine are the same.”

“If he loved with all the powers of his puny being, he couldn’t love as much in eighty years as I could in a day.”

“I gave him my heart, and he took and pinched it to death; and flung it back to me. People feel with their hearts, Ellen, and since he has destroyed mine, I have not power to feel for him.”

To be announced soon!!

Have a good one!