It’s Tuesday and I’m battling a wicked flu. It started with a sore throat last week and now its full blown! Ugh. Anyway on to book things …

First things first. Kari and I have moved the book club reviews to the first Tuesday of every month. Kari announced the book for the month on her blog but I unfortunately did not. Not to worry, Ill announce the book this time and be right back on track. 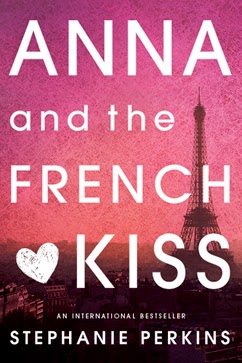 Anna is looking forward to her senior year in Atlanta, where she has a great job, a loyal best friend, and a crush on the verge of becoming more. Which is why she is less than thrilled about being shipped off to boarding school in Paris–until she meets Étienne St. Clair. Smart, charming, beautiful, Étienne has it all…including a serious girlfriend.

But in the City of Light, wishes have a way of coming true. Will a year of romantic near-misses end with their long-awaited French kiss?

If you’ve read my reviews thus far you know I struggle to give 5 stars but I almost gave this one five stars! I loved this book. It was such a refreshing and easy read. Really though, it didnt take me much more than a day to complete. I read fast so that’s not saying much but I tend to read even faster when I’m enjoying it and this is one of those times.

Without giving away too much, the story follows the protagonist Anna who, while in the midst of looking forward to her senior year of High School is the US, is sent overseas to France by her father who wants her to experience a new culture. So she enrols in an American School in Paris and we the readers get to follow the journey of her learning a new language and culture and forming new relationships … including a particularly interesting romantic one.

I love that is isn’t simply a love story but it is also a coming of age story, a story of relationships with parents and friends, a good old teenage story … that can also be enjoyed by an adult. For instance, the father daughter dynamic, in this case a fairly strained one, was one relationship that was intensely explored and it gave the book that extra depth that it needed, and took it out of the realm of simplicity/ teeny-bopper-ness. My point? While an easy read, the book is developed well.

The writing was also pretty decent! In fact, I read this on the kindle app on my Ipad and kept highlighting quotable gems! The book is full of them. Also, the characters were all well written into the story, and as someone who loves to travel, I particularly enjoyed the descriptions of Paris – it almost felt like you were there experiencing the European city.

So … if you are looking for a nice easy enjoyable read, I highly recommend!

“Is it possible for home to be a person and not a place?”

“Boys turns girls into such idiots.”

“I have the strangest feeling that he’s aware of me as I am of him.”

“So what do I wish for? Something I’m not sure I want? Someone I’m not sure I need? Or someone I know I can’t have? Screw it. Let the fates decide. I wish for the thing that is best for me.” 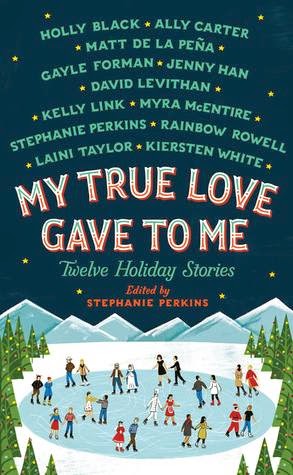