It’s been a while since I came here and recapped my weekend. I might be rusty but here goes.

On both Thursday and Friday I went out for sushi. Thursday I went with my bestie Alicia after work and on Friday night I went with my other bestie Nads and a mutual friend of ours. Man I needed me a good sushi fix after last week and the crap storm that was work. I mean … sushi fixes everything amiright? And wine. Sushi and wine. I was too busy eating, so I only have a pic from Thursday’s sushi-ness. 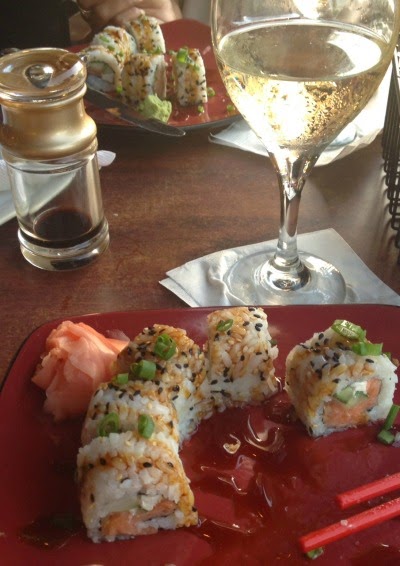 Friday I actually took a half day off work … to do work … go figure. While I was home however, I decided to bake cookies. My best male friend / partner in crime’s birthday is Tuesday and last week I told him I would bake him cookies. Not from scratch of course. Because … no. Instead I baked this: 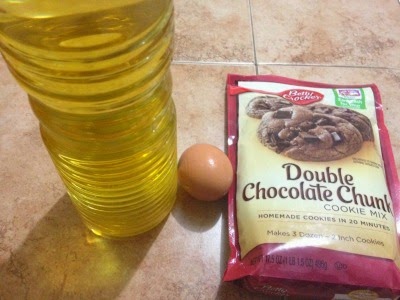 I am not quite sure why I told him I would to be honest but a promise is a promise. Now who could mess up insta-cookies?? Me … that’s who! He decided he wanted the cookies right away and not on his actual birthday Tuesday so while I was home I baked them. And it was a flop. My oven decided not to cooperate and so half of the cookies burned at the bottom and half came out ok-ish. So I refused to give them to him and this afternoon after work Ill be baking this even more complicated mixture… 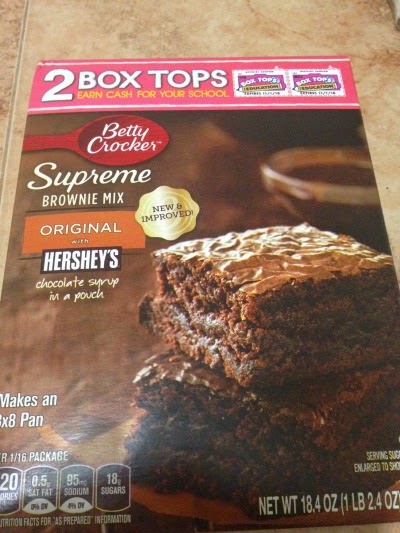 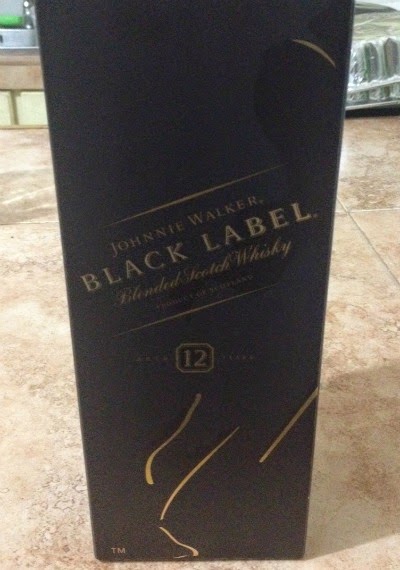 I never claimed to be Betty Croker!

Saturday I spent ALLLLL day doing work. And I mean ALL day. I was on the phone with my boss from 6 am and never completely finished working until 6 pm. Sunday I spent working on my thesis proposal due this week!! #yikes. So yes, the actual weekend was a complete drag, but the sushi and wine from Thursday and Friday kept me in good spirits. Oh and this .. this helped keep me in good spirits also! So good I did an actual photoshoot for the bag! Michael Kors you give me the happies! 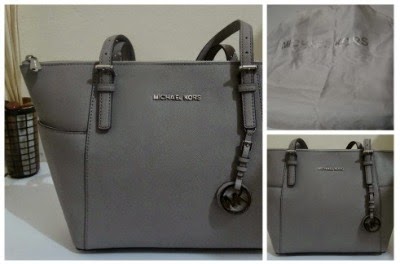 Because this post is longer than my average Monday post, I’m slapping in a picture of my Christmas Kangaroo and my empty bottles of wine. I picked this up in Australia and this is the extent of the Christmas decorations in my apartment. 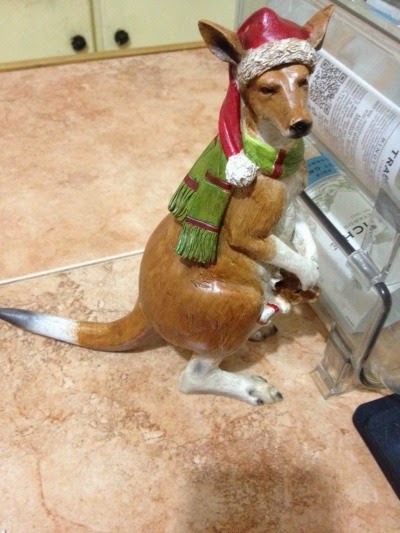 I’m really rocking the Christmas over here! He’s cute isnt he?? I think so! I will say that the same male bestie from up there stated and I quote “that animal is so ugly”. Maybe I will burn his brownies on purpose …..

Have a great Monday guys!!!