Monday and Tuesday I was MIA but for good reason. For two days every year my entire country, and I do mean the entire country, shuts down and people prance around the streets in next to nothing in a parade called Carnival. There is music, there is fun and then there is repentance on Ash Wednesday. Perhaps only Brazilians would fully understand the concept since Trinidad and Brazil have rival Carnivals every year. This year my body wasn’t in a position to be playing “mas” half-naked – because fat – so I didn’t. Next year for sure.

Anyhoo here are some Carnival confessions:

1. Leading up to the actual week of Carnival, there are countless parties (fetes) that happen throughout the season (I went a to a couple but they are expensive!!). Being completely honest, we start to get into Carnival mode from weeks or months before the actual Monday and Tuesday… all productivity leaves and work takes a slightly back seat, which is probably why I was able to blog a full 6 times last week. Ha!

2. On Carnival Monday before the “pretty” parade that starts during the day, people gather from about 3 am and dance the streets in paint and mud. I know, I know, it is strange, It’s called jouvert and I swear, although it is dirty and crazy, it is balls of fun. This is a photo of me playing Jouvert a couple years back: 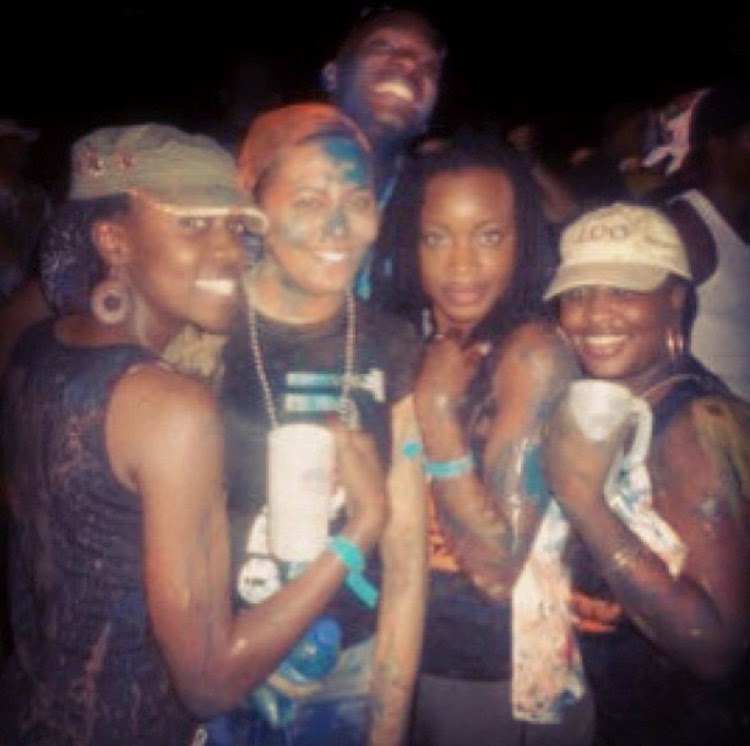 
3. Celebrities flock the streets. A lot of them usually. This year there was one main talking point. If you are into social media and you were watching the epic twitter battle between Amber Rose and Khloe Kardashian on Monday, then you would know that Amber was tweeting from Trinidad. 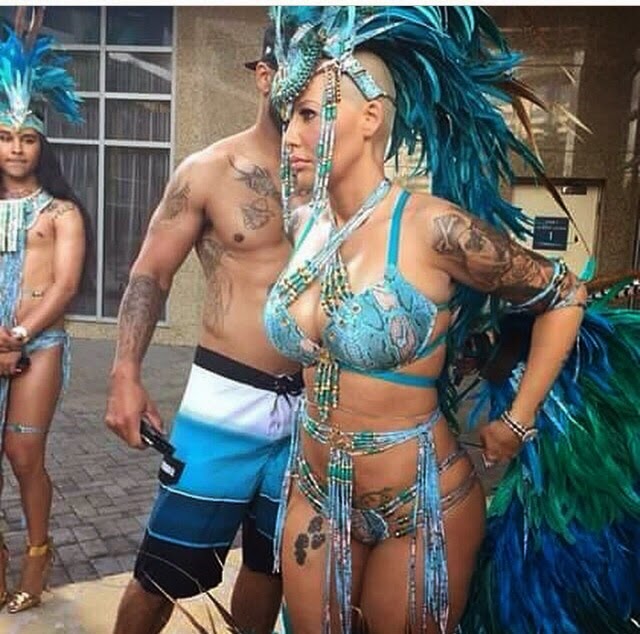 She looked kinda cute yesterday (and yes that is a guy in heels .. its Carnival anything goes):

4. Speaking of anything goes… Literally…. any. thing. goes. 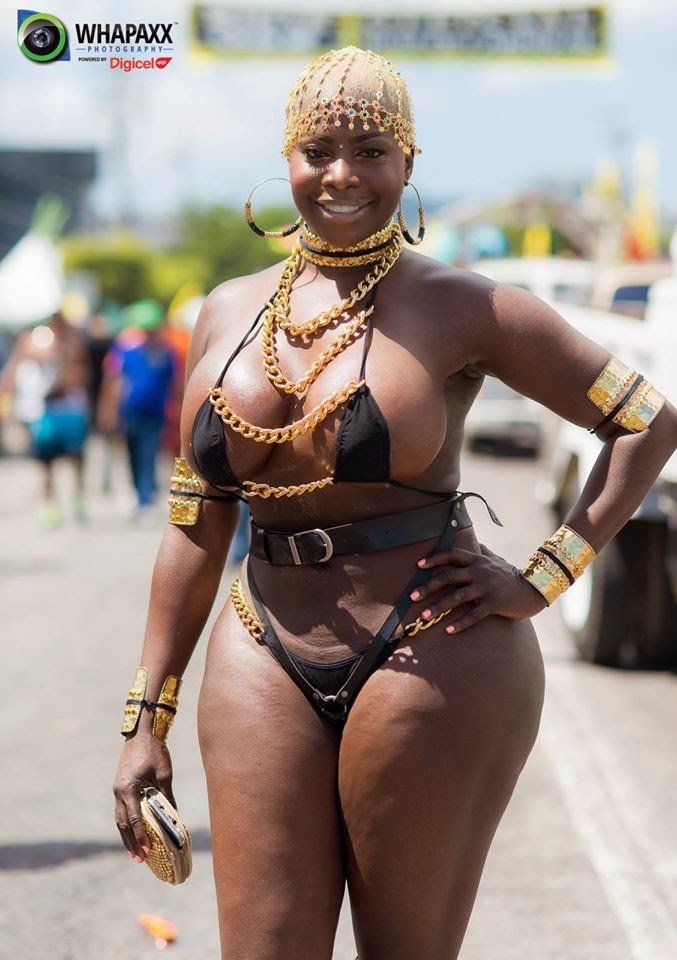 Except self confidence … that clearly stays. No hate, her tummy is flatter that mine. Kudus to her.

5. Tuesday is the day for awesomeness. People literally prance the streets in gorgeous costumes for the ENTIRE day. And let me tell you guys, the costumes are not cheap. They cost upwards of 1000 USD and they are gorgeous! A glimpse into years past : 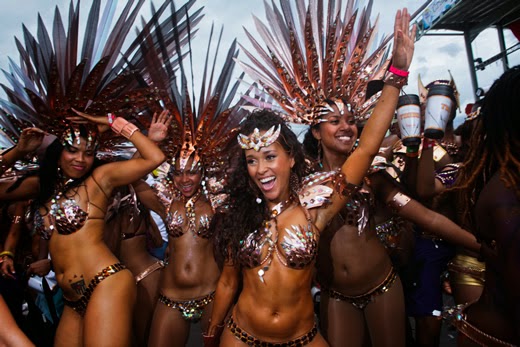 (I usually dont have my camera so I took two random pics from the web. I noted where I took them from under each)

6. After the fun and debauchery, people flock churches on Ash Wednesday and repent for the sins of Carnival Monday and Tuesday haha. But really, the two days are supposed to be the final hoopla before the official beginning of Lent.

7. After Lent … people start prepping their minds and the gyms are once again packed because … as any Trini would tell you, you gotta get that body right for the next Carnival!

Hope you guys enjoyed reading these little tidbits. There is so much more I could say but I really don’t want to bore you. I really do hope some of you take a trip across for one Carnival season. It really is great!! I’ll be really honest and say I’m not going to work today, Ill do work from home. From tomorrow though, its back to work and back to regular blog ish.

Linking up with Melissa

Have a Great Wednesday Guys.