I don’t usually jump in on “political” or “social” debates, because frankly I just don’t normally see the need. It’s the same reason I don’t write controversial posts. But when something hits me personally, I take a step back and assess whether I should use my voice. Today I feel the need to express my views, hopefully without offending anyone. Because that’s just not my shtick!

Many people may know that social media is in uproar because of certain comments made by Giuliana Rancic on Fashion Police. I am a regular watcher of that show (R.I.P Joan Rivers) and generally I can accept the banter for what it is … banter. I am not overly sensitive and I can take a joke. What I cannot take is ignorance.

Zendaya a “pop star” wore this to the Oscars: 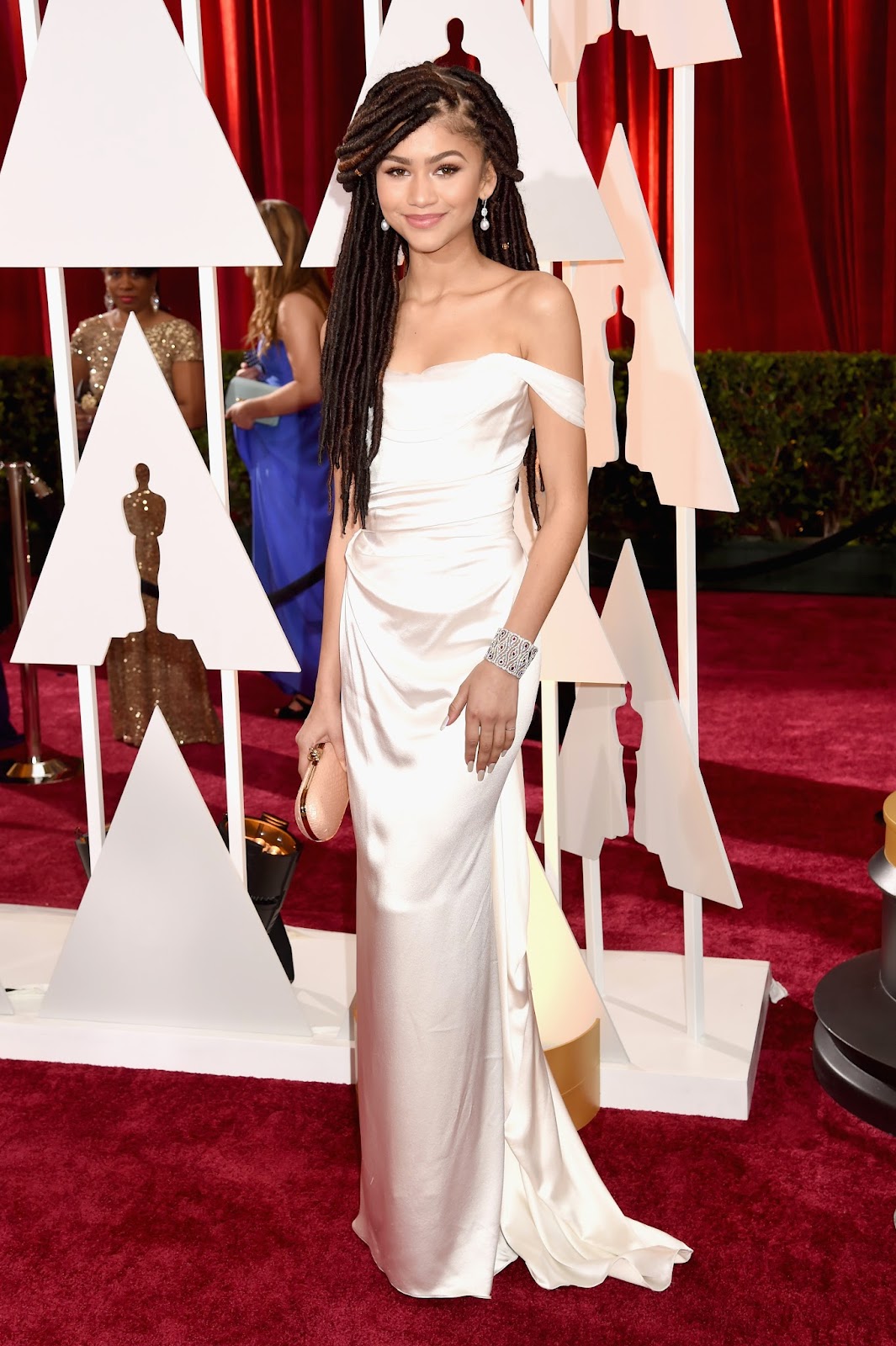 She looked beautiful, she looked elegant. It was refreshing to see some locs on the red carpet, it’s really not the norm. Giuliana Rancic however stated “I feel like she smells like patchouli oil. Or weed. Maybe weed?”

What the actual EFF!

Now, I will be the first to say I do not think this comment was in any way shape or form racist , like some persons are alluding to, but I do think it was ignorant. Ignorant and frankly stupid. Zendaya wrote this in response:

Giuliana has since apologized on both Twitter and on E! News and I think that was brave and adult of her. I also believe that she is indeed sorry! What I cannot understand whatsoever is why a comment like that was made in the first place. Furthermore, I have seen comments on social media calling Zendaya “overly sensitive” and alluding to the fact that she was making a big deal out of nothing. Listen folks, this is an 18 year old girl, attending the Oscars … THE OSCARS … dressed to the nines and no doubt feeling her best. Which one of you would not be offended if someone commented on your appearance in a situation like that? Instead of calling her sensitive, why don’t we all acknowledge the fact that someone’s feelings were hurt by the careless words of another person.

Let’s get a little personal here, I am from the Caribbean and even here where “Rastafarianism” is actually a thing, there is a stereotype attached to dreadlocks. My very parents vehemently opposed me locking my hair for fear of me being stereotyped. I locked it anyway (and so did my sister) because I should not have to wear my hair the way society deems “fit” so as not to be labelled a weed smoking bum!

I wear Locs! I am however not a Rastafarian, I am in fact Christian. I also have two degrees (one earned by the age of 20), a post grad diploma and I am a thesis away from receiving my Masters in Mediation Studies. I am an attorney, a tutor in a University and I write. Most importantly, I do NOT smoke marijuana nor do I spend my days listening to Bob Marley … I don’t even own a Bob Marley CD and I’m from the Caribbean. And no I am not the exception, there are many like me of all different creeds and races who wear locs and are not in fact bums! So frankly, like Zendaya, I do not wish to be stereotyped. It happens anyway …

Again, I can take a joke and I am possibly the most sarcastic person you will meet. I really am not sensitive. Sensitivity and my career do not go together, but it unnerved me to no end to see the comments against this young woman for speaking up against being stereotyped in a certain way. As an attorney I encourage all to speak up. I don’t believe in playing the victim, but I do believe in speaking up when you feel the need to do so. Whether I agree with you or not I will respect you for speaking you mind. Speaking up against the perpetuation of a stupid stereotype should be respected in my view. I will say again, what Giuliana said was not racist, it was ignorant and ignorance needs to be highlighted. I still like Giuliana (and her hubby and cute son) but it must be highlighted that stereotypes like this one do indeed exist and are indeed offensive. I live it because I wear Locs.

So lets get away from all stereotyping. All of it. Lets just stop perpetuating the nonsense.

… because it is just that … a HAIRstyle and NOT a LIFEstyle!

Have a great Wednesday folks!!