Usually the struggle is real with naming my confessions posts but this week it wasn’t. My number one confession pretty much named the post and if I had my way it would be the only confession of the day … because it blew my little mind away. But so as not to bore you I threw in a mish mash of other random as heck confessions. Whatever popped into my head.

1. I’ve always been a good speller. I never had an issue with spelling literally ever. On Monday though … I learned for the first time in my years of existence on this planet that the word “raspberries” has a P in it. I was reading blog and they had a valentine gift idea of chocolate stuffed raspberries. So I went to comment … and Mr. red squiggly line appeared under “rasberry” … and then it happened … The moment I saw the P.

How, just how did I get through two undergrad degrees, a post grad dip and almost completing a masters without knowing this? I blame the fact that its not a common fruit where I live… no scratch that … there is no excuse. None.

2. I might not show it but I grew up in church. For the vast majority of my life, I went to church every Sunday, was in every Christmas concert, play, youth group you name it. And the early to mid twenties hit and I went bat shit cray (sorry mama). I still consider myself Christian and very spiritual (I pray all the time), but I haven’t set foot in a church in a hot minute, I fear it will burn straight to the ground. I’m not kidding. Sometimes I truly miss it. Other times not so much.

3. I have two twitters – I know I know its weird. When I started the blog I read all sorts of advice on how to start a blog and having one name on social media was right up there. So I created the blog twitter. The problem? I rarely use it because I’m busy tweeting on the non-blog twitter where most people don’t even know I have a blog. The cycle is vicious and very real. One day when I decide not to care who knows I have a blog Ill combine them … I just don’t want to let go of the original one. Its my name and I’ve had that one for so long … #thestruggle

4. Last Friday I drank two vodka sodas and it was the first time I had a sip of anything other than water/my smoothies in weeks … it. was. awesome. 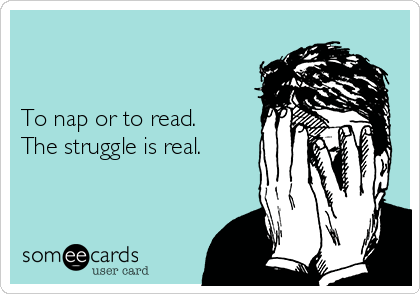 Lots of randomness in this one post. But that’s the point of confessions isn’t it?

Linking up with Melissa

Have a great Wednesday!!!