Its Wednesday already! The week has already been all types of cray and I wasn’t even going to post today but since its the middle of the night and I am awake (sleep eludes me), I figure why not.

1. I have a RBF. I don’t mean to have it. I just do. When I smile I am told I have the most inviting face ever but when I don’t smile .. I look stuck up. I wish I could change that fact because I am far from stuck up … but I also have zero intentions of walking around grinning like a Cheshire cat. I also cant hide the emotions on my face and can’t help it. Wanna see a throwback college pic (circa 2009) of an “are you serious right now” face? Here ya go: 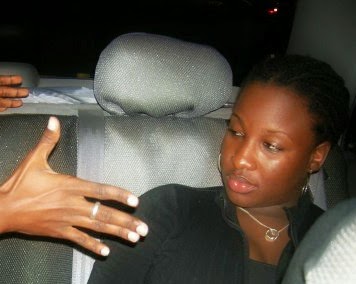 2. I’m a harsh tutor. You probably already gathered that from this post, but let me give an example. I straight up gave a student “1” (out of ten) last week for submitting a ONE PARAGRAPH ESSAY that contained nothing but babble … at a tertiary level. Unacceptable and inexcusable. I gave 1 for submitting. He’s so lucky I didn’t give him “.5”. Clearly I was in a fabulous mood. Refer to above face. But seriously … one paragraph?!

3. I don’t believe anyone when they say they like beer. Like I genuinely think people are lying. I used to think a cold beer was nice but … I just hate the taste. Like does anyone really like the taste of beer or does everyone just tolerate it. I really need to know.

4. I had what can only be described as a meltdown in the bank on Monday. Legit. I walked into the bank after having an already long day, saw lines out the door, stood and stared at the line I was to be in for a good two minutes before I felt an overwhelming feeling that I have never felt before. I straight up booked it to my car, called my mum and ugly cried about why life is so hard. #dramaticmuch.

Guys. I rarely cry. Like it takes A LOT to make me cry. Not sure what the heck happened there. Well … I should probably mention that my sister worked in said bank so I never had to stand in lines, add that on to the fact that its the month of her death and that probably lead to the irrational meltdown. I cried for a good half hour on the phone to my mother (she’s a gem) who eventually got me to laugh and then I sucked it up, put on my big girl panties (hate that word) and walked back into the bank where I stood for over an hour in a line. #reallife. I’m all good now!

5. On a better note … I spent hours on facetime last night with the bestie in Peru and man …. I haven’t laughed that hard in a long long time! My abs slowly reducing belly fat still hurts! She’s coming in April!! And I can’t wait. This will totally be us:

Have a great Wednesday!!