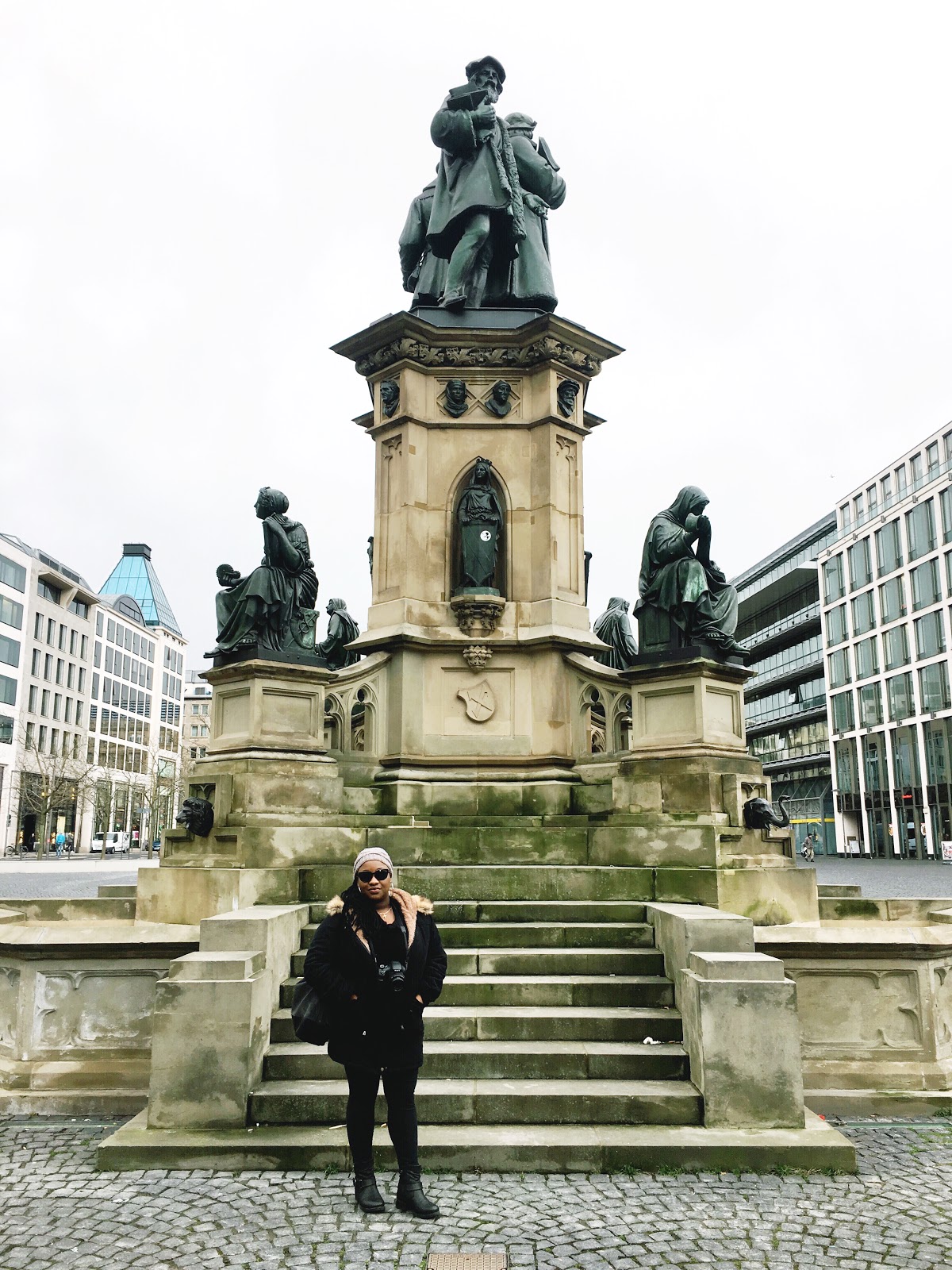 So I’m taking it back to January today. Before our wedding and mini-moon in Tobago, just after our winter trip to Romania, we took a mini sojourn to Frankfurt Germany for two days. We would have had a layover in Frankfurt on our way back home from Romania, and neither of us had been to Germany (at least not outside the airport). And that is how this trip came to be. A very mini vacation after our vacation.

A two day ‘recover from vacation’ vacation, if you will.

We do not regret that decision at all. At least I don’t. I hands down fell in love with Germany and will absolutely return to Frankfurt for a longer stay next time (we plan to pass through Frankfurt a lot anyway). In fact our plan is when we take trips to Romania from now on, we will also hop to another country in Europe, and Germany is now fully on that list. I’m so thankful I married a man who loves to travel as much as I do.

Anyway here’s a breakdown of the two days in more photos than words. We stayed at the Hilton Frankfurt International Airport for the two nights that we were there. When we realised that the two day trip was actually happening and that we both had no clue where anything was, we decided that staying in a hotel at the airport would be best. We did look at a couple air BNBs but decided against it for this trip just for practical reasons.

Bonus – since we are both Hilton loyalty members we saved a Euro or two. 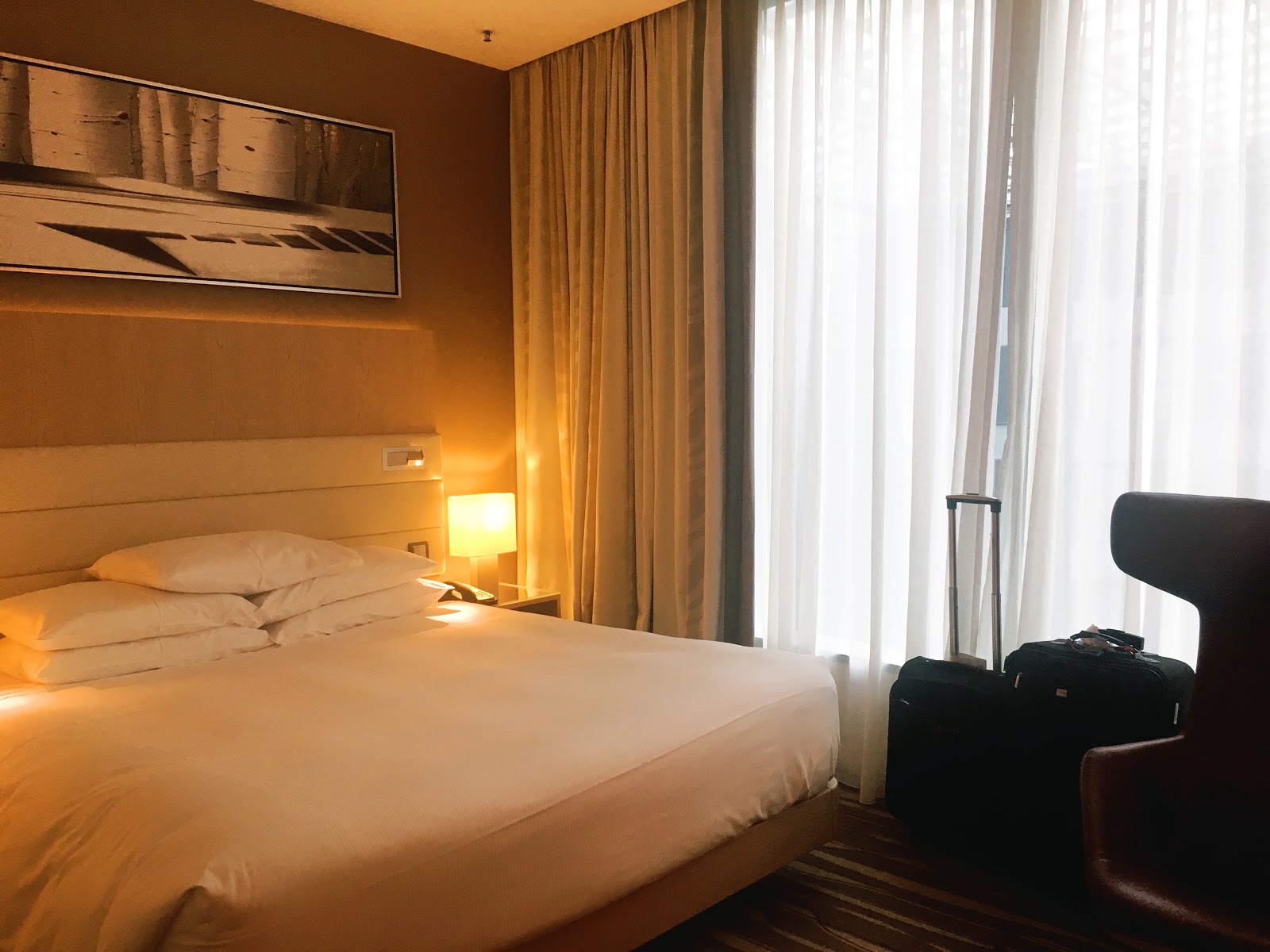 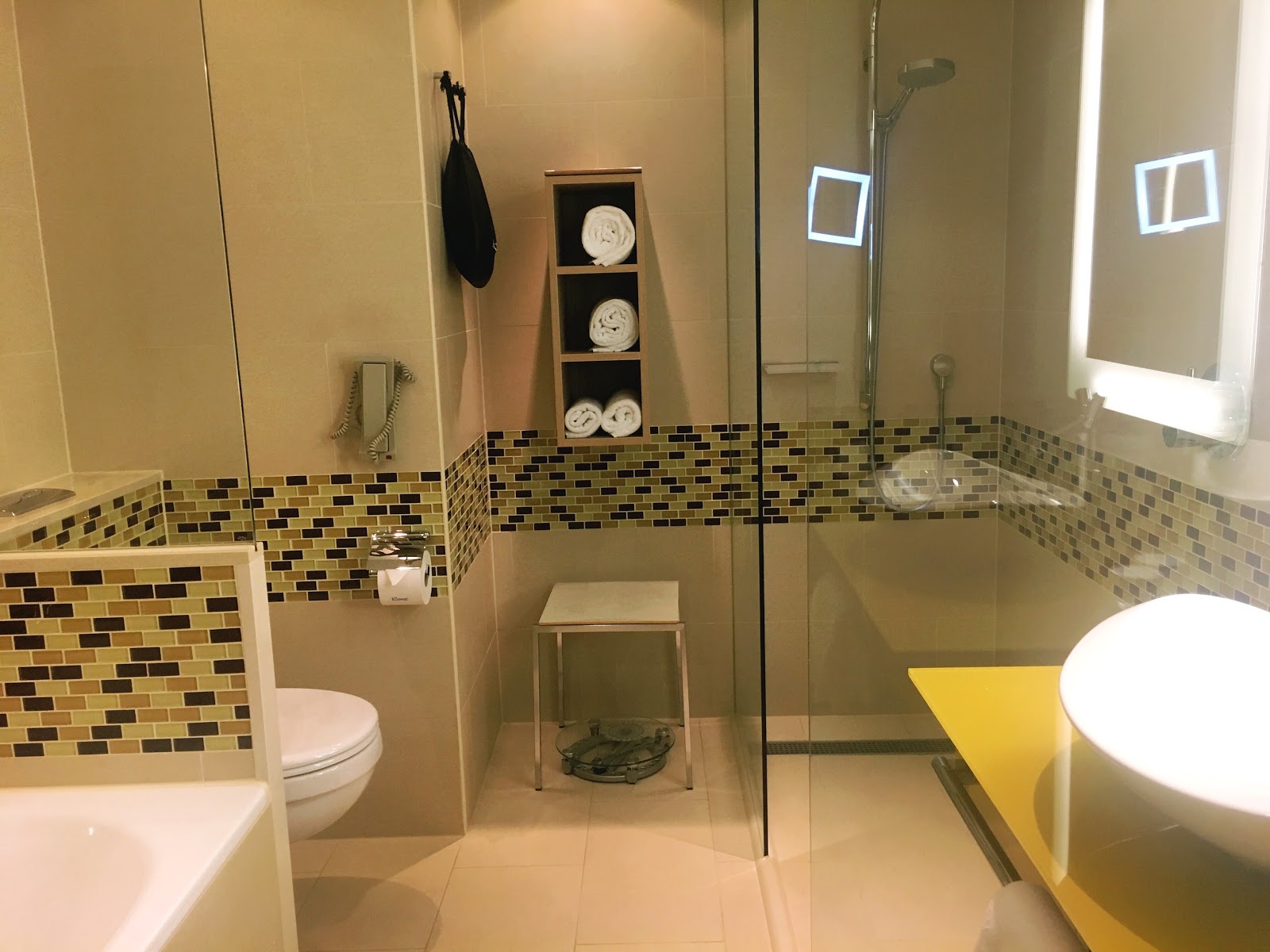 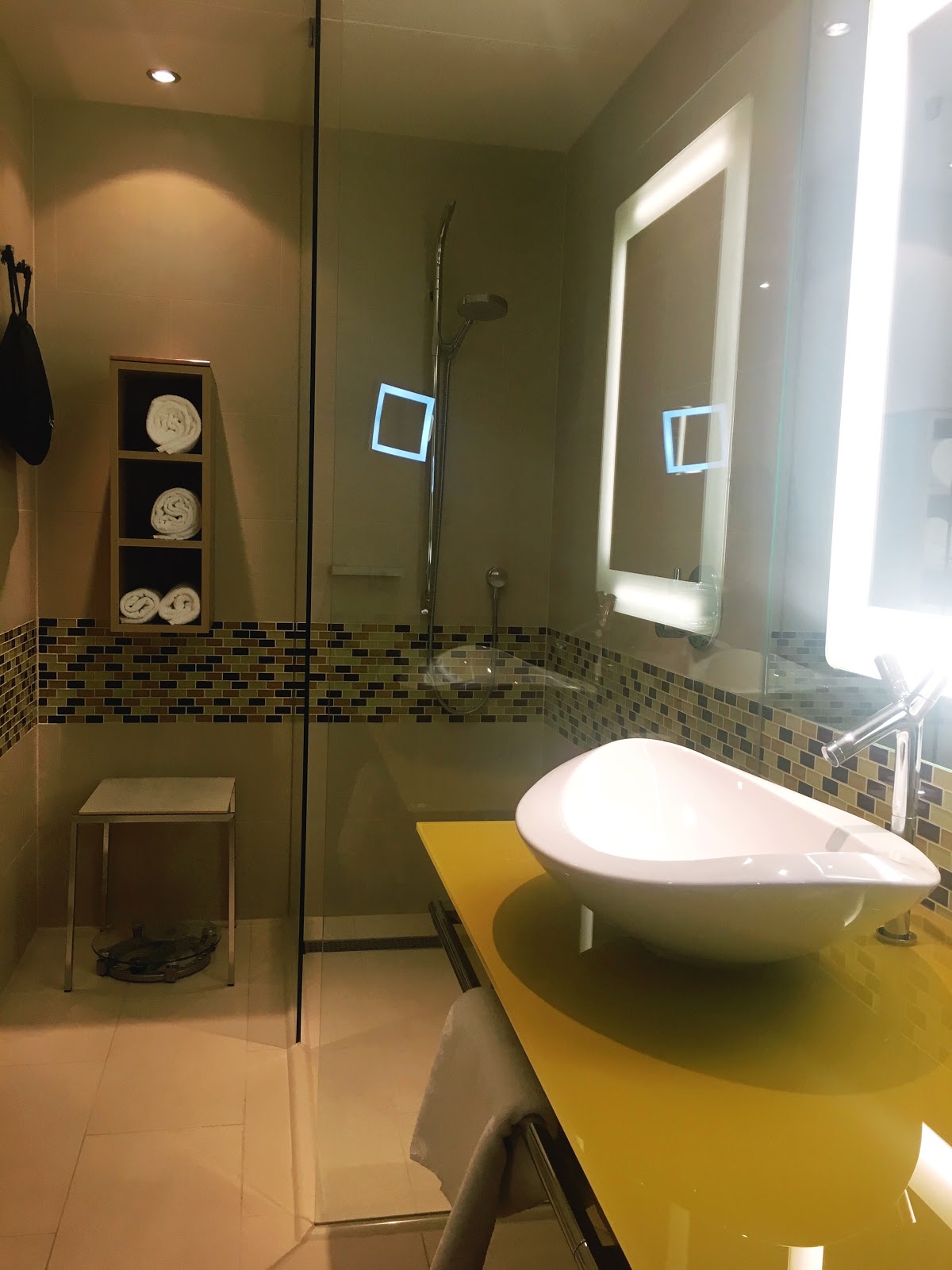 Since we had no clue where we were going or what to do we jumped on a train (there were trains from airport to the city centre) and headed to the city to just roam around aimlessly. On both days. It was beautiful and we walked for hours while exploring.

It was a particularly windy couple of days in January though so if we look a bit chilly, that would explain it. 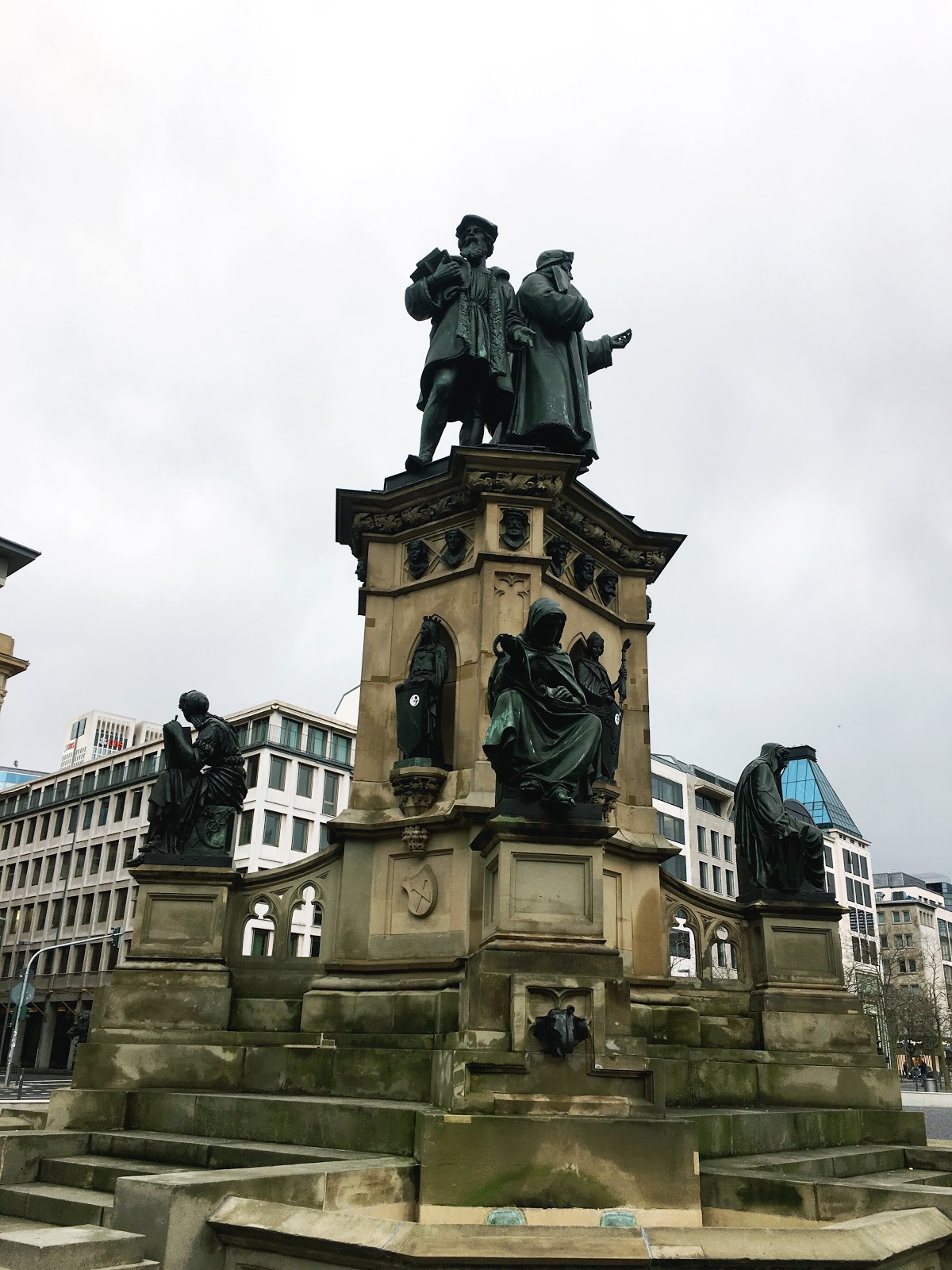 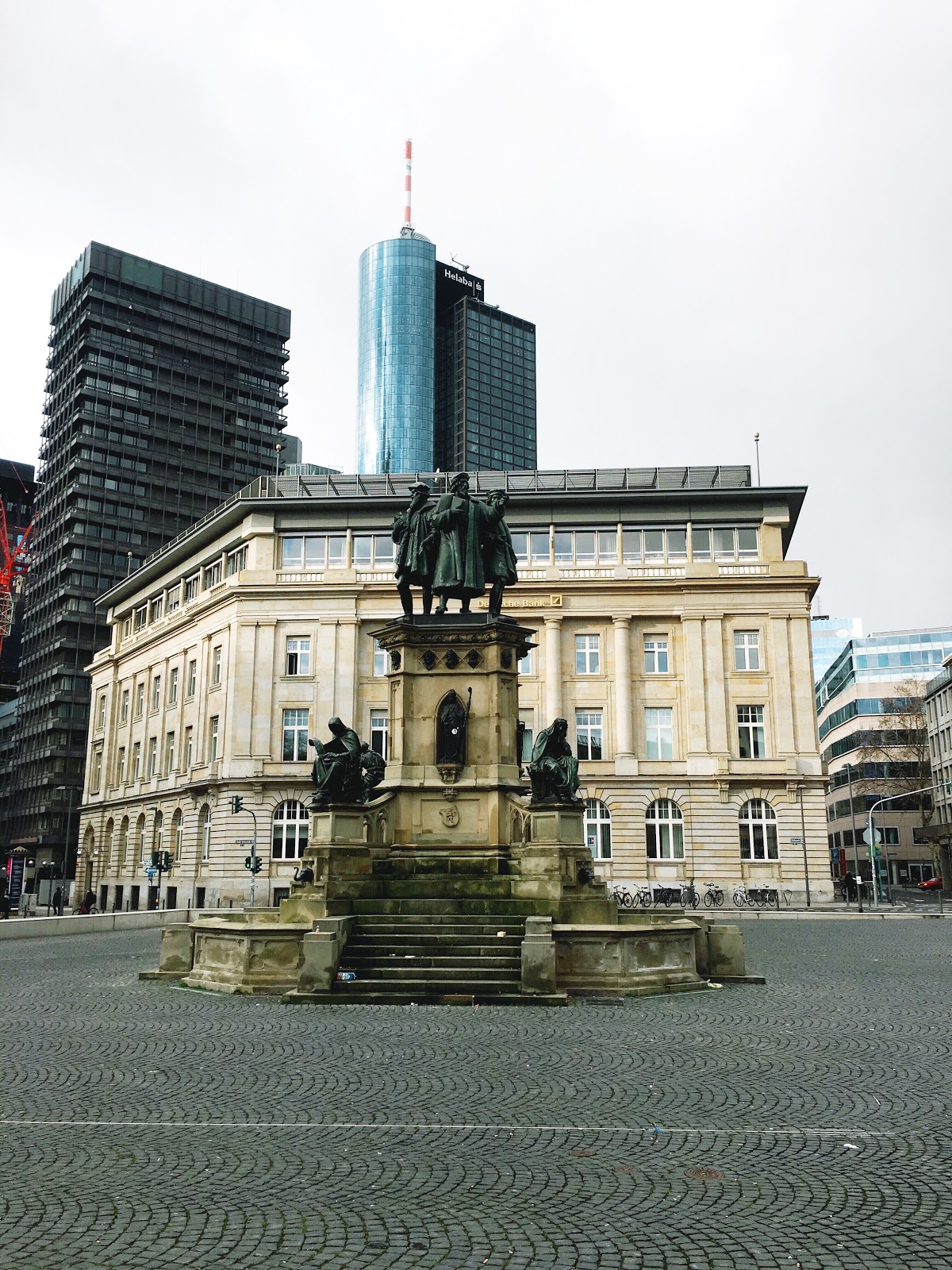 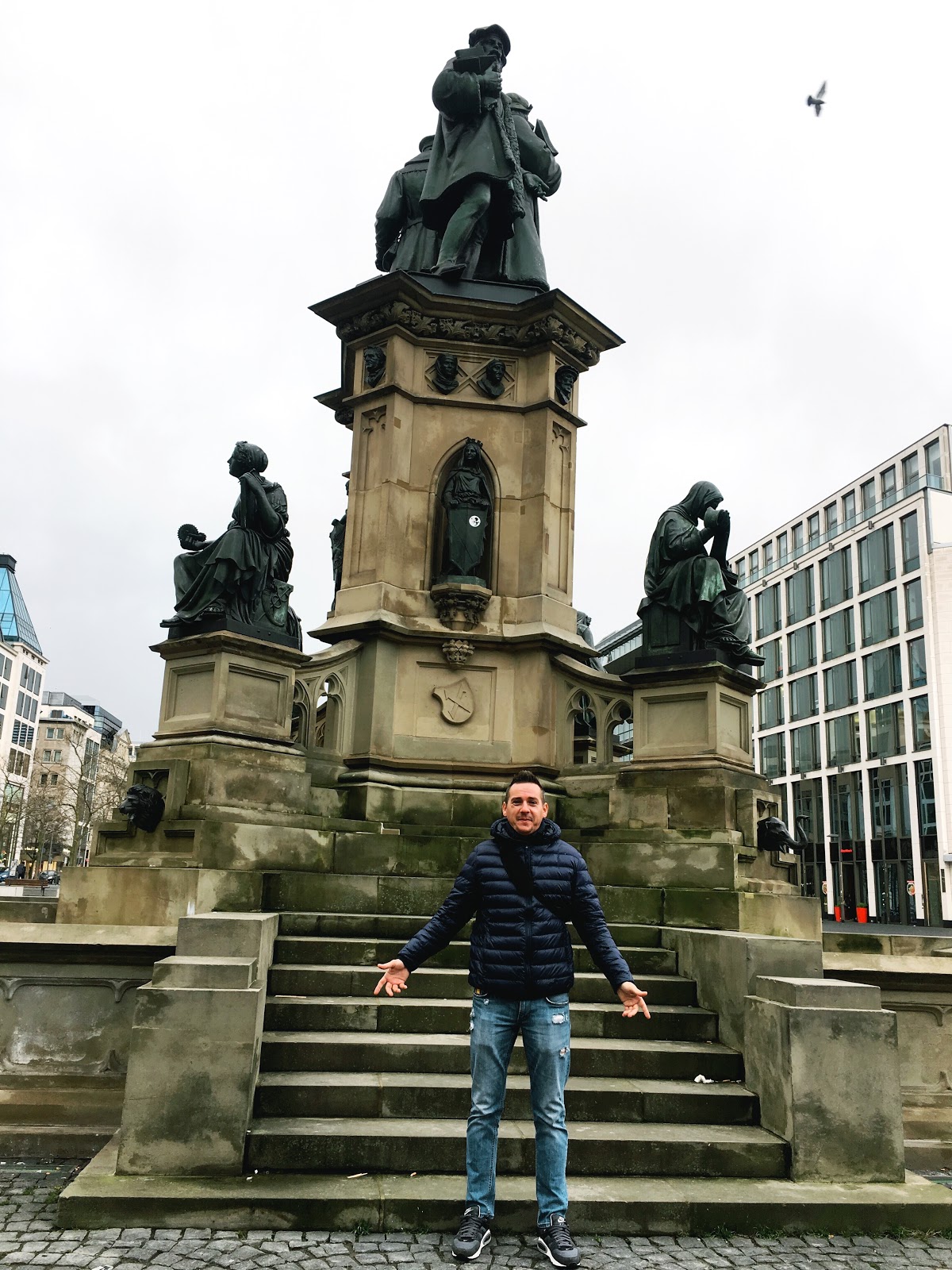 If you know me well then you know I have this weird thing for big beautiful building.

The buildings in Frankfurt city centre were so beautiful. 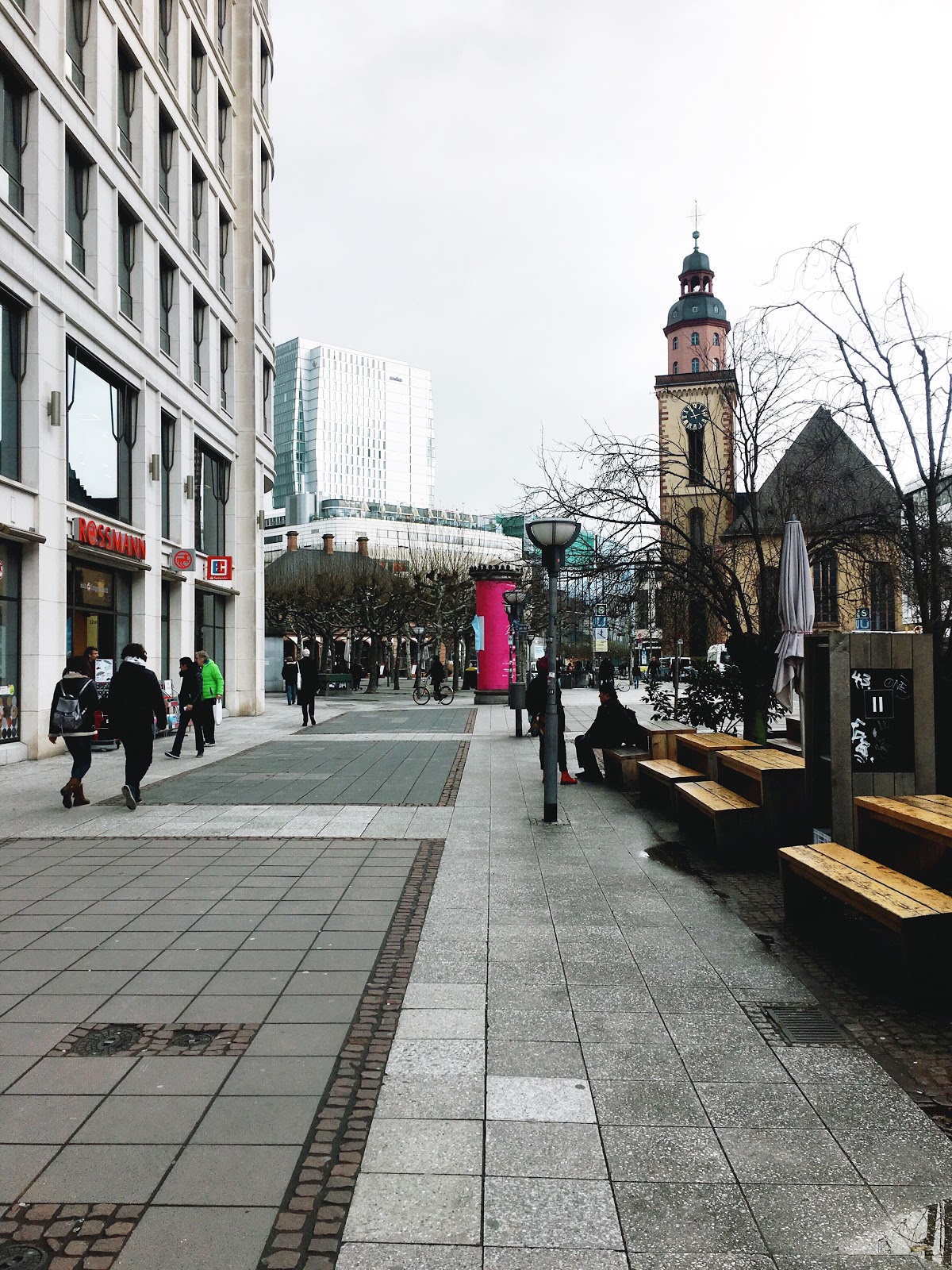 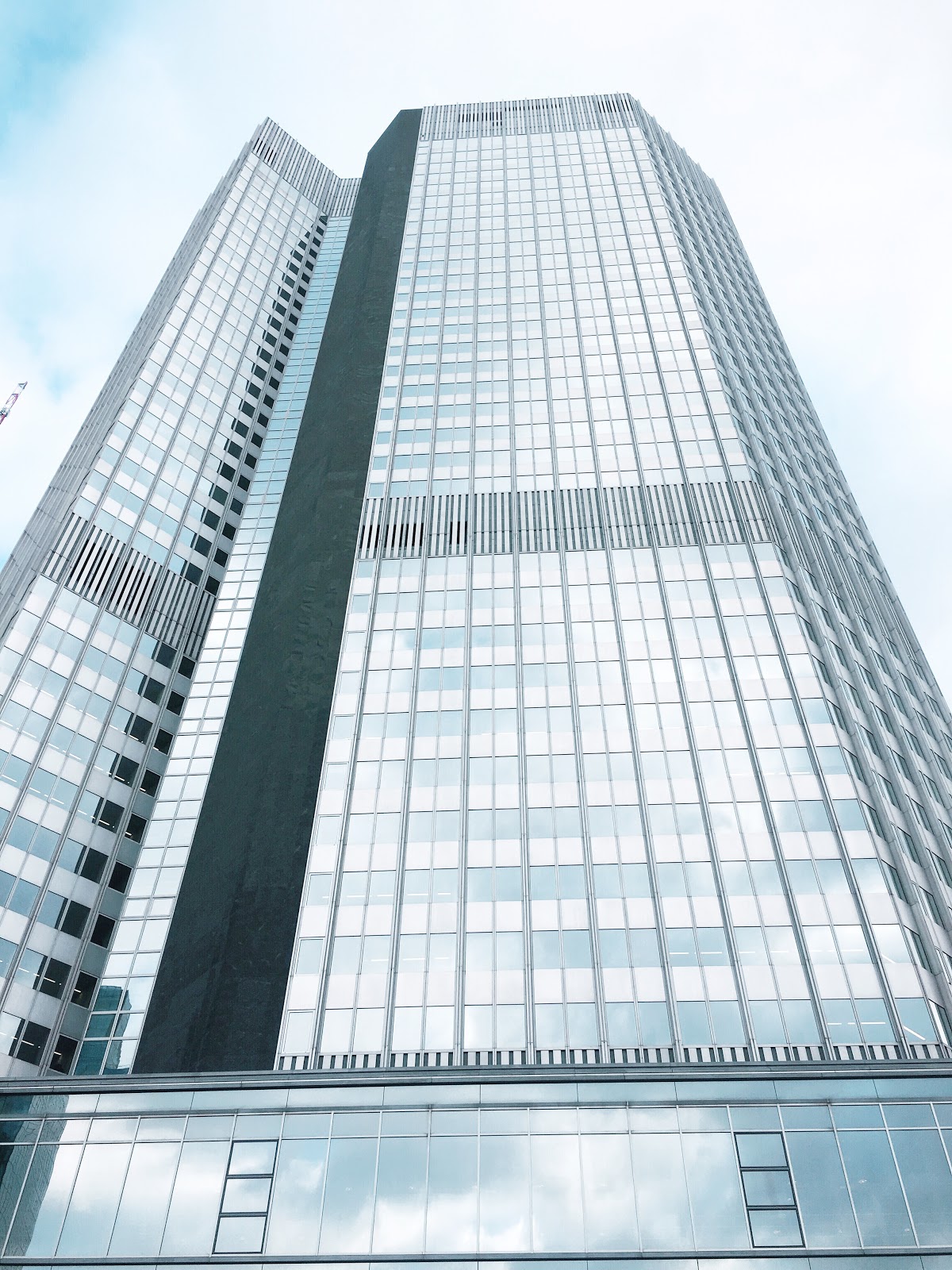 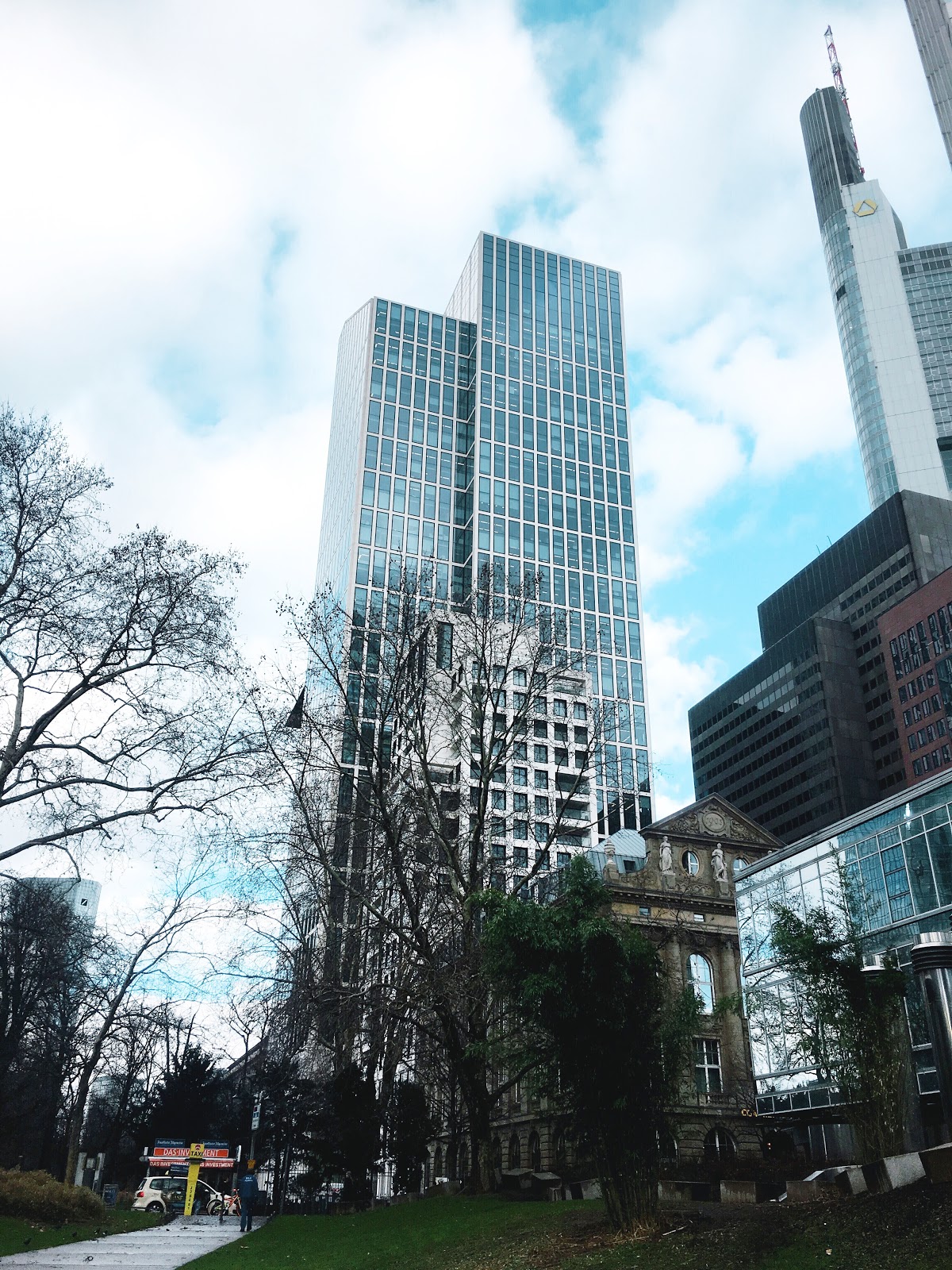 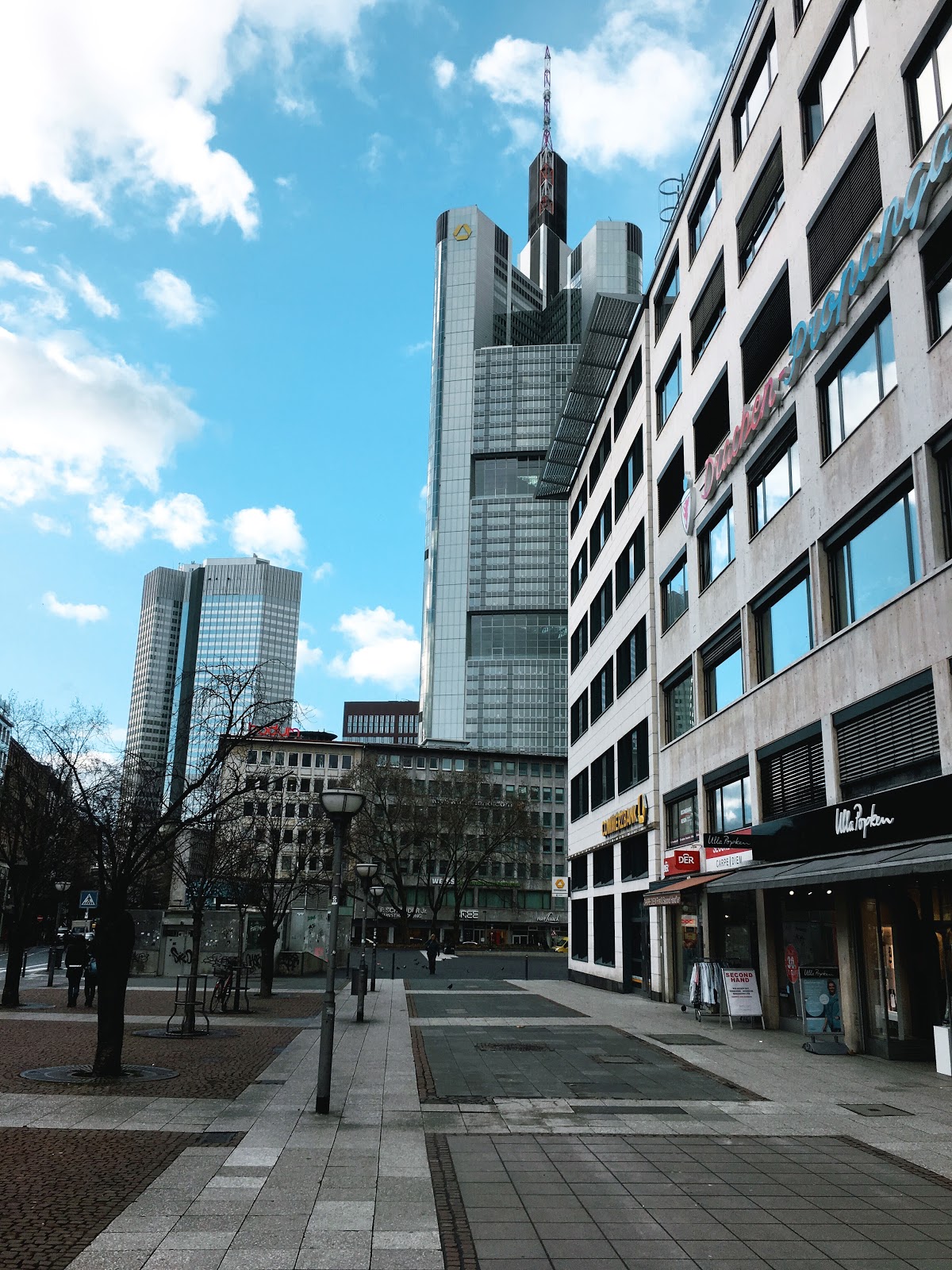 I really love when “new Europe” meets old Europe. The combination gets me every time.

Europe has just so much beauty. 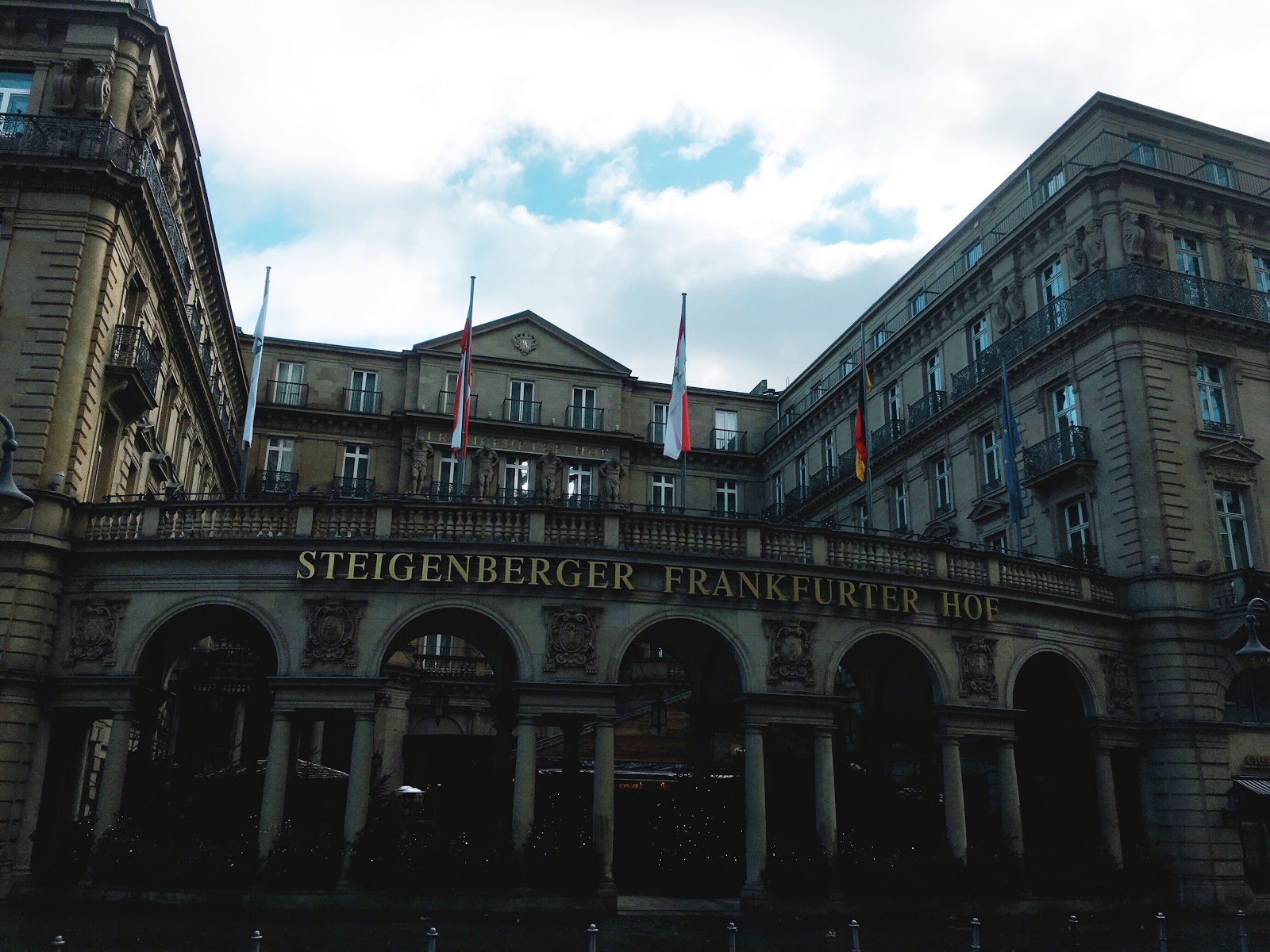 On one of the days (I couldn’t actually tell you which day if you asked) we also strolled through (a very packed) shopping district … to do some shopping.

So many people and so much joy all around. Spending the first few days of the New Year here was just perfect. Sidenote – I love that everyone in Germany seemed to wear black coats in Winter. I’d fit right in. 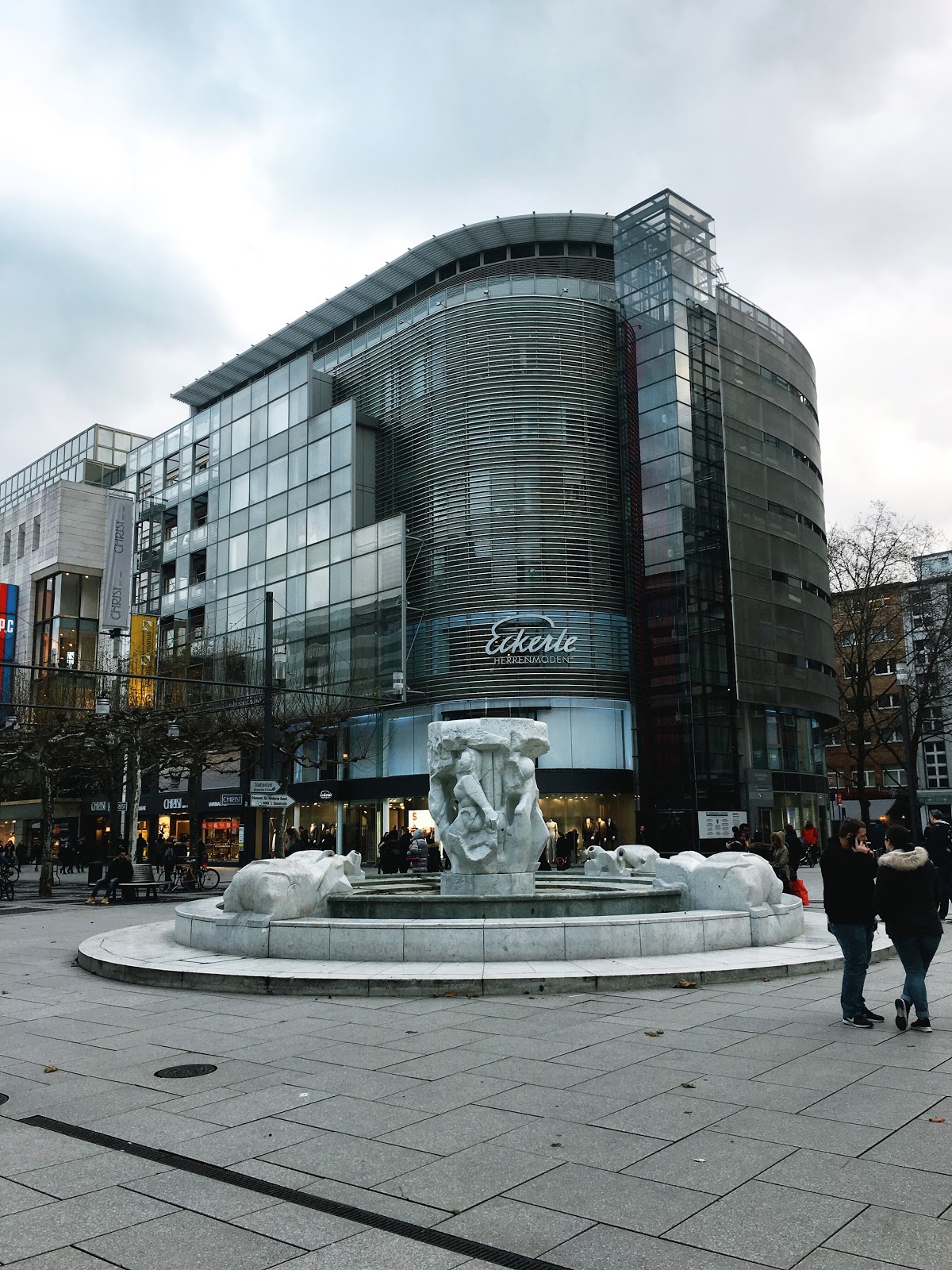 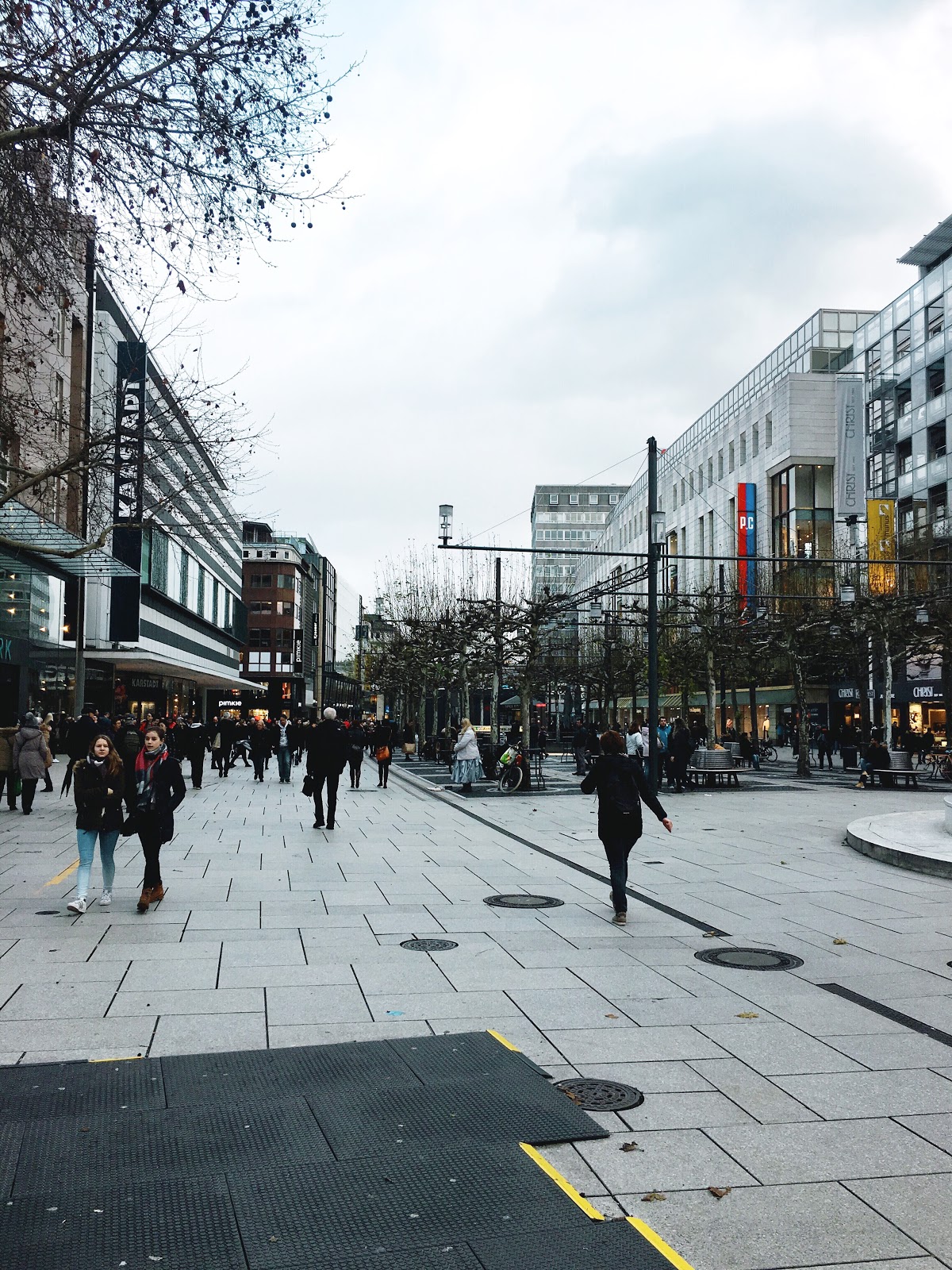 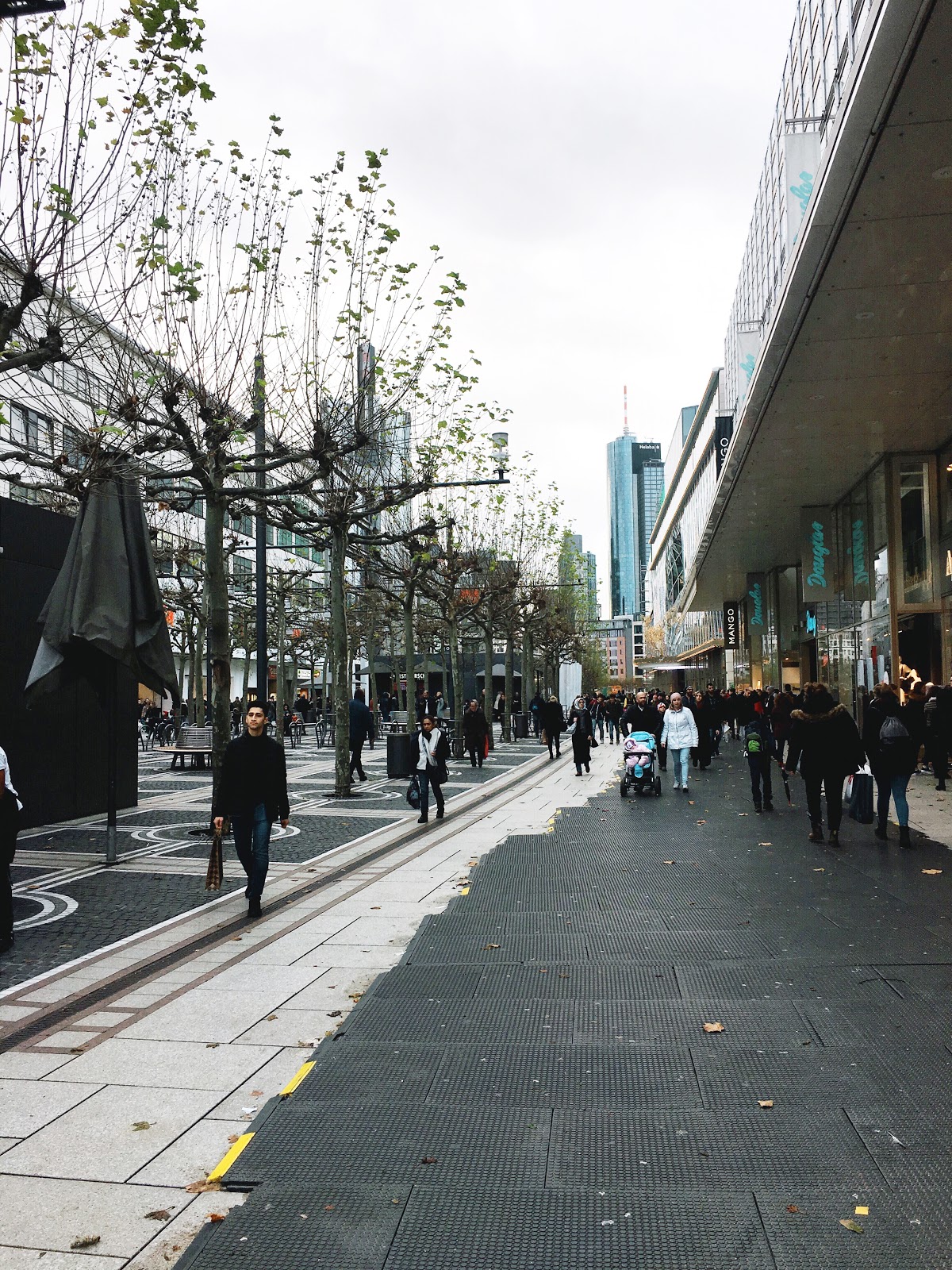 As is typical of any travel post from me, there will be photos of food. 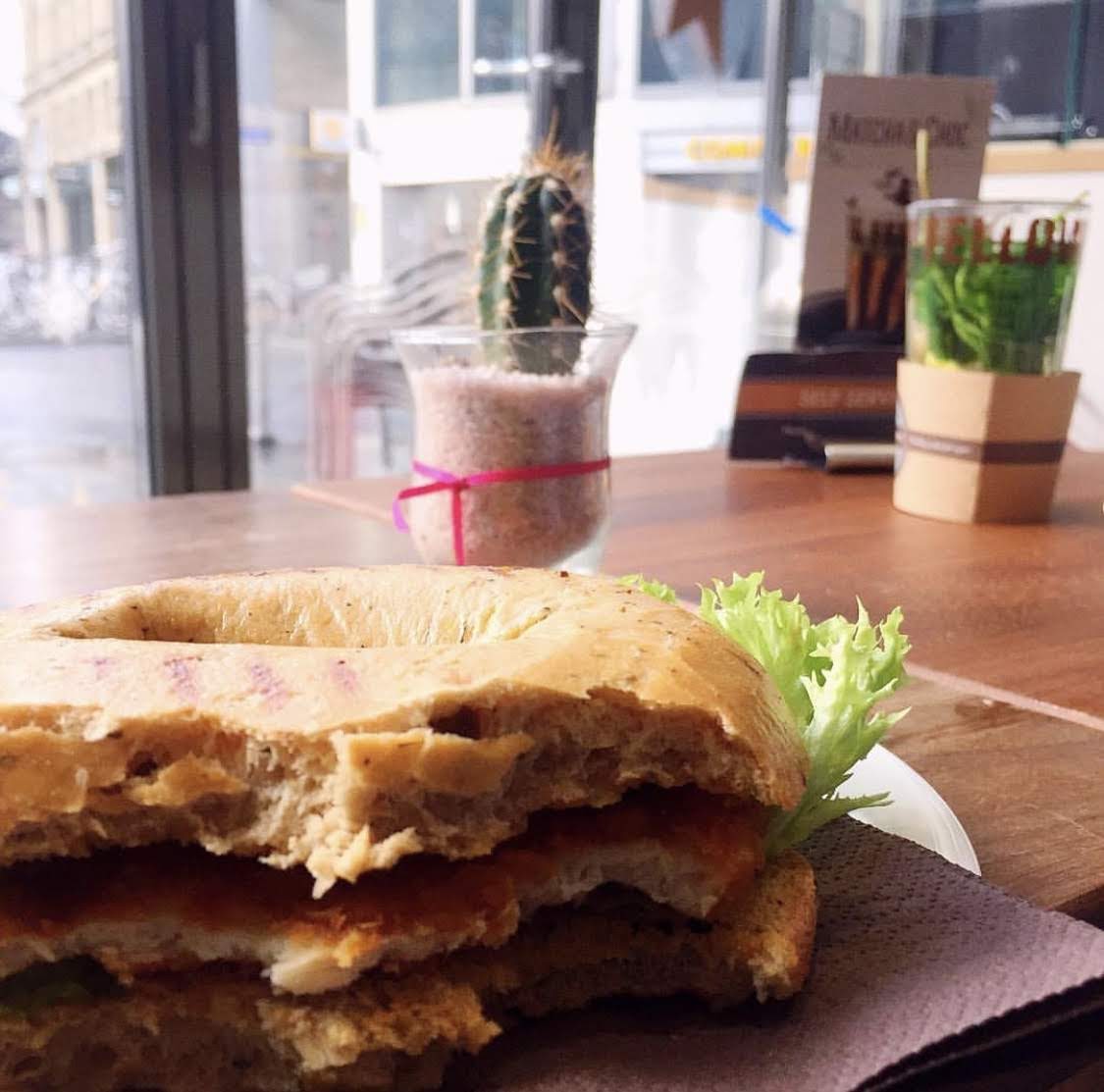 And had dinner in the city on both days (though on the first night we had Sushi at a Japanese restaurant in the airport as well because walking through the city all day had us super hungry). 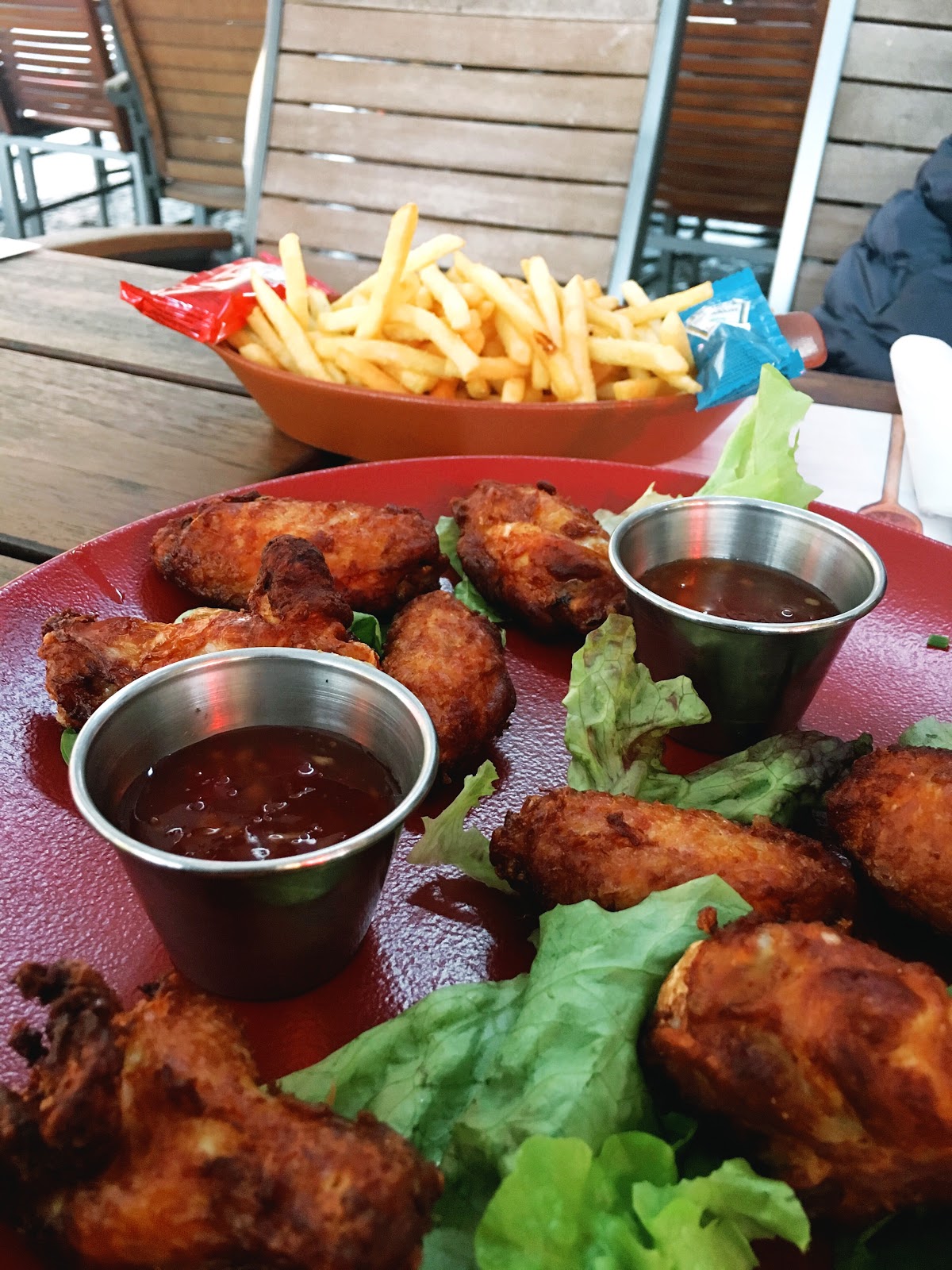 Cant forget the drinks of course.

We had lots of those. 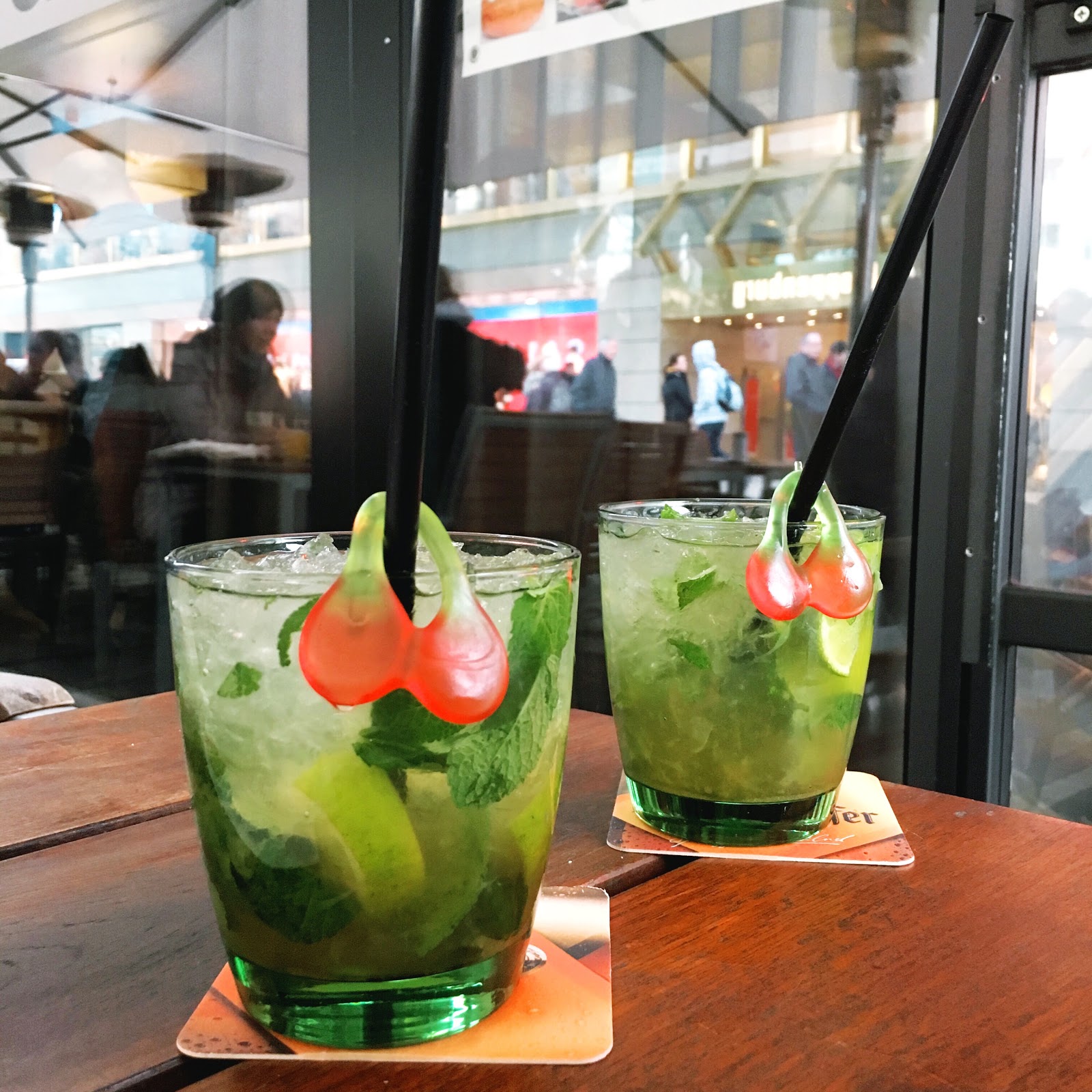 I have to say, I had no great aspirations to go to Germany before this trip. It was never one of those countries on my “countries I must see in Europe” list. It was there, but way below Greece (which I went to in May), Amsterdam, Italy and France.

My mind has changed now of course and we most definitely want to see more of Germany. The vibe, the people … everything was inviting. 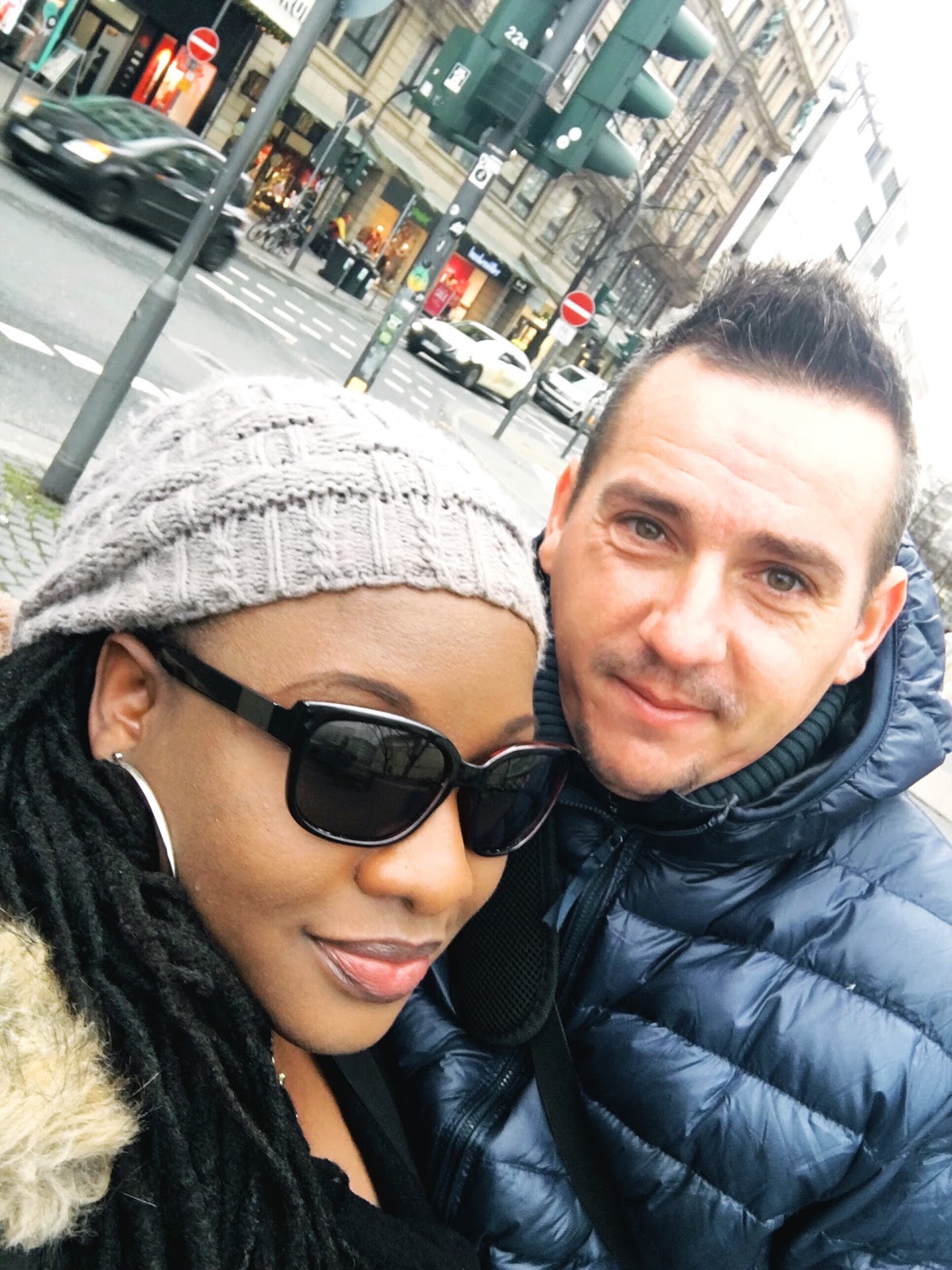 And so we will be back at some point. To explore some more of beautiful Frankfurt. And maybe other parts of Germany too.

Have a great Thursday guys!!