When I was a kid, it was a dream for me to visit Greece and one of the things I wanted to do the most without a doubt was see Olympic Stadium. I was obsessed with Greek mythology and read all the books on the Greek Gods and Goddesses. I also obsessed over the fact that the first Olympic Games were held in Greece.

I married a man who felt the same about Greece thankfully. Although he only grew up a mere 600 km away in Romania (a one and a half hour flight).

It was an easy choice to go pick Olympic Stadium as our first adventure in Athens. Our hotel was actually “walking distance” (its in quotation marks because that is arguable really, my feet were killing me at the end of the walk). Anyway it was so surreal being there. I will never forget the experience. 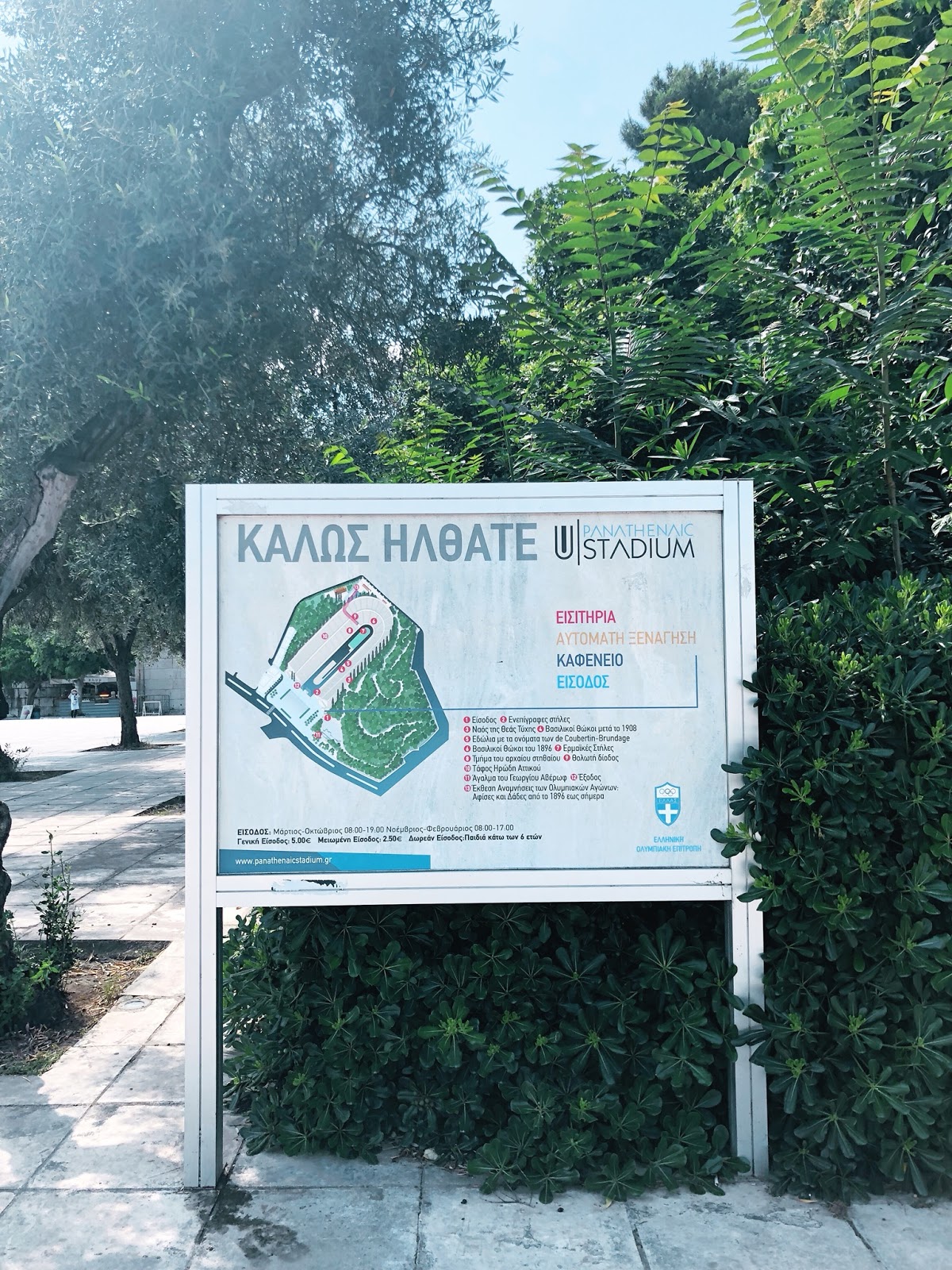 Before you enter the actual stadium there are people outside dressed in Greek warrior gear ready to take tourists’ money photos with tourists. Of course they caught me. But being from the Caribbean where people are arguably more annoying to tourists, I cant really judge. Anyway, I think it was 5 euro for a photo – with your camera. Whatever. It was an experience and now I’m a legit Greek warrior. In my head at least. 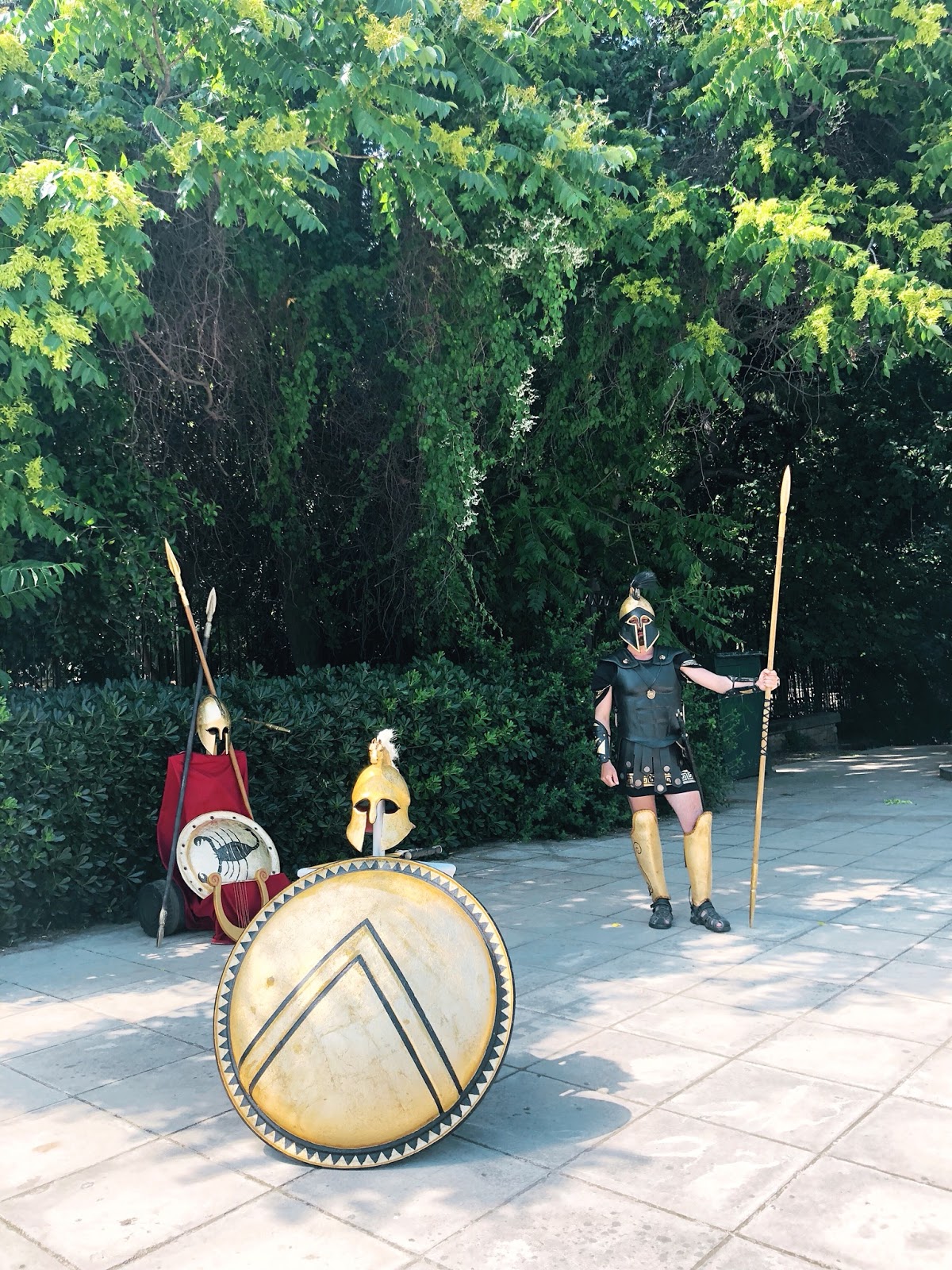 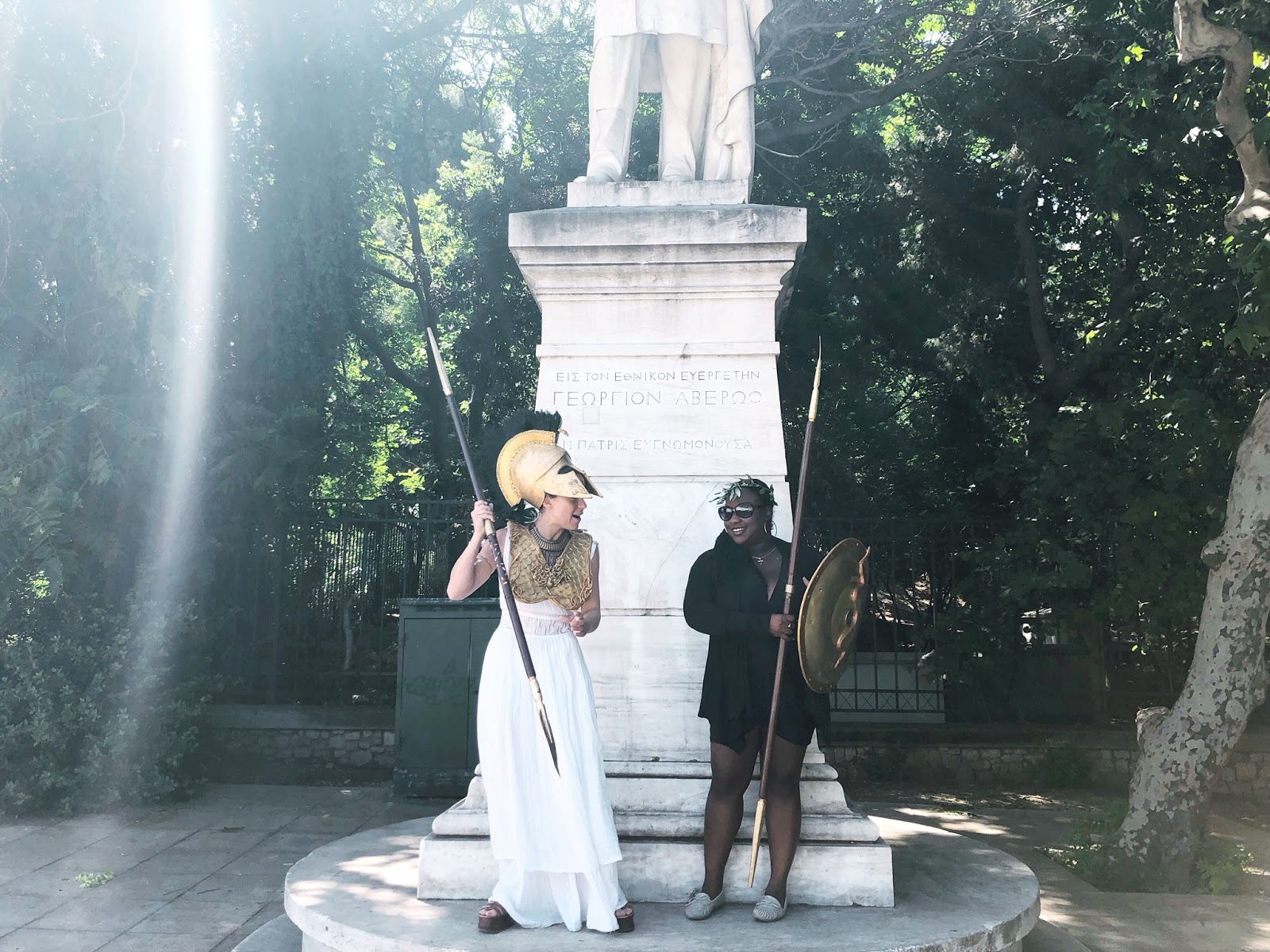 When entered the Stadium and it took my breath away.

I cant remember the cost to enter but as an EU citizen, Danny paid less than I did. We also paid for headphones with a prerecorded speaking tour so we could listen to the important historical facts as we walked around. 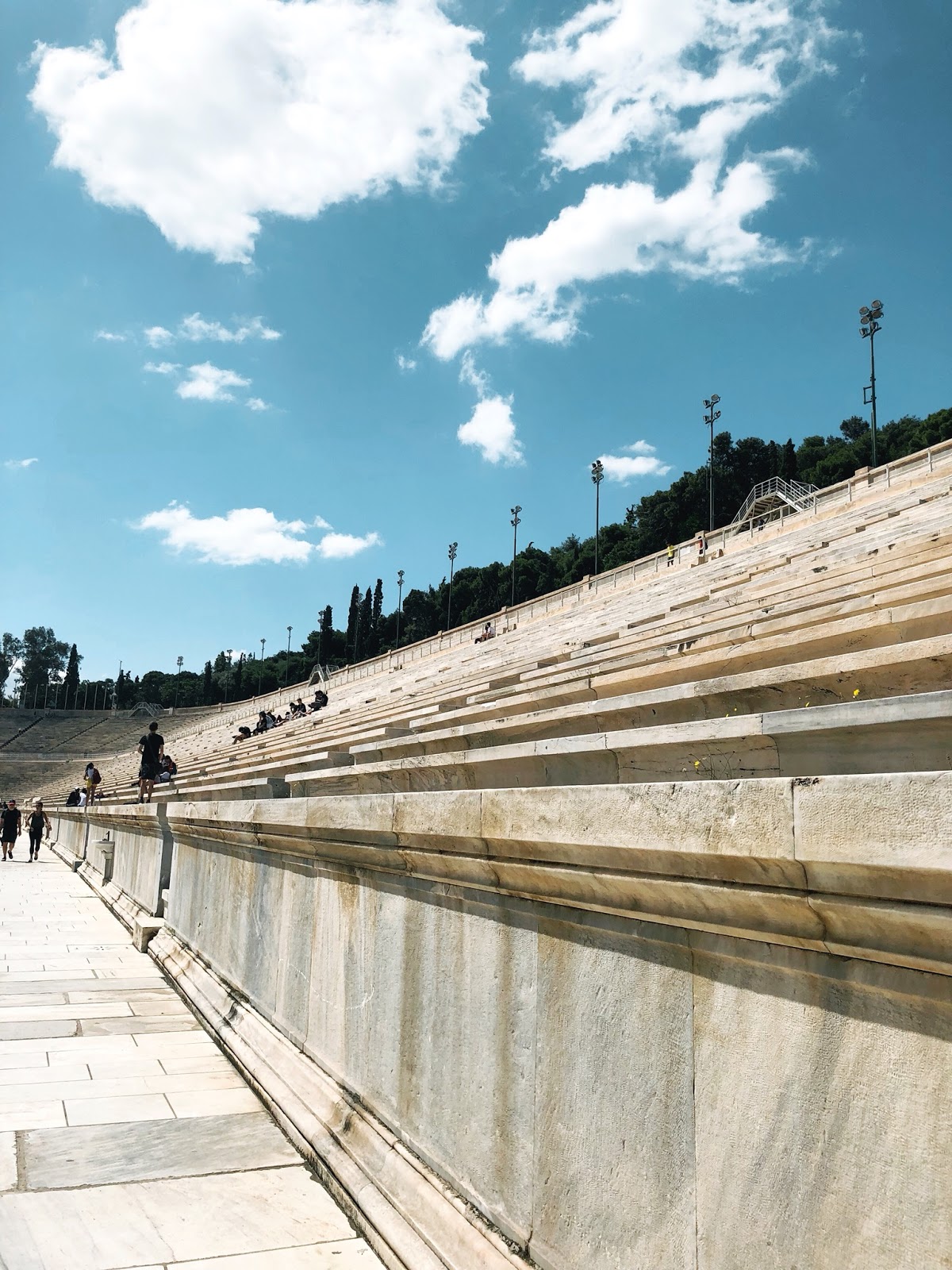 We of course took the opportunity to sit on the thrones meant for the royalty of the time. King and Queen-ing hard. I hate this photo but, memories. 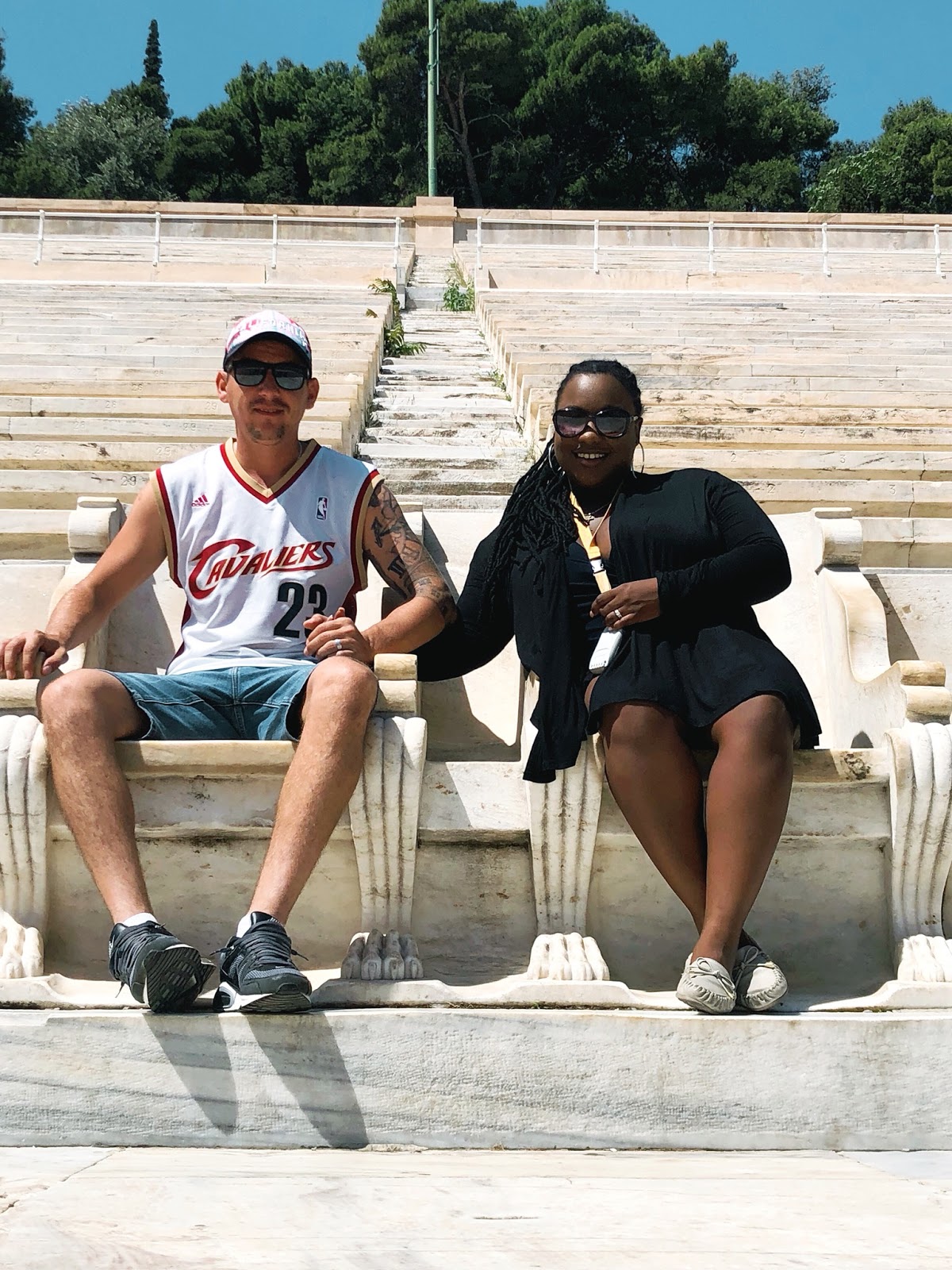 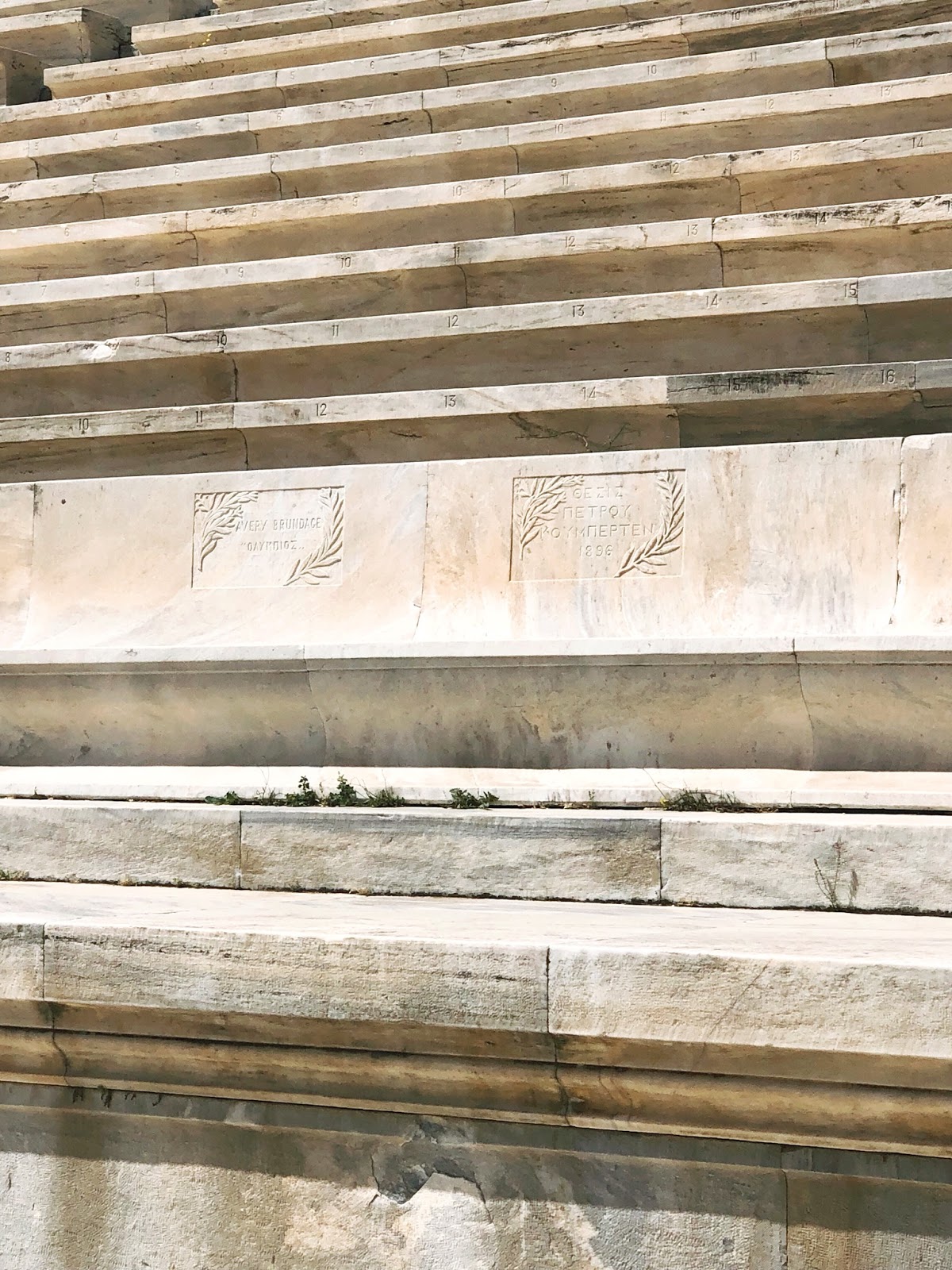 Although my feet were absolute mush from the long walk from the hotel, we ventured to the very top of the Stadium. I know it doesn’t look like much, but trust me it was way up there. We stayed up there for a long while just taking in the fact that we were actually in Olympic Stadium. A place where actual Olympians of the past stood, walked and competed. Crazy. 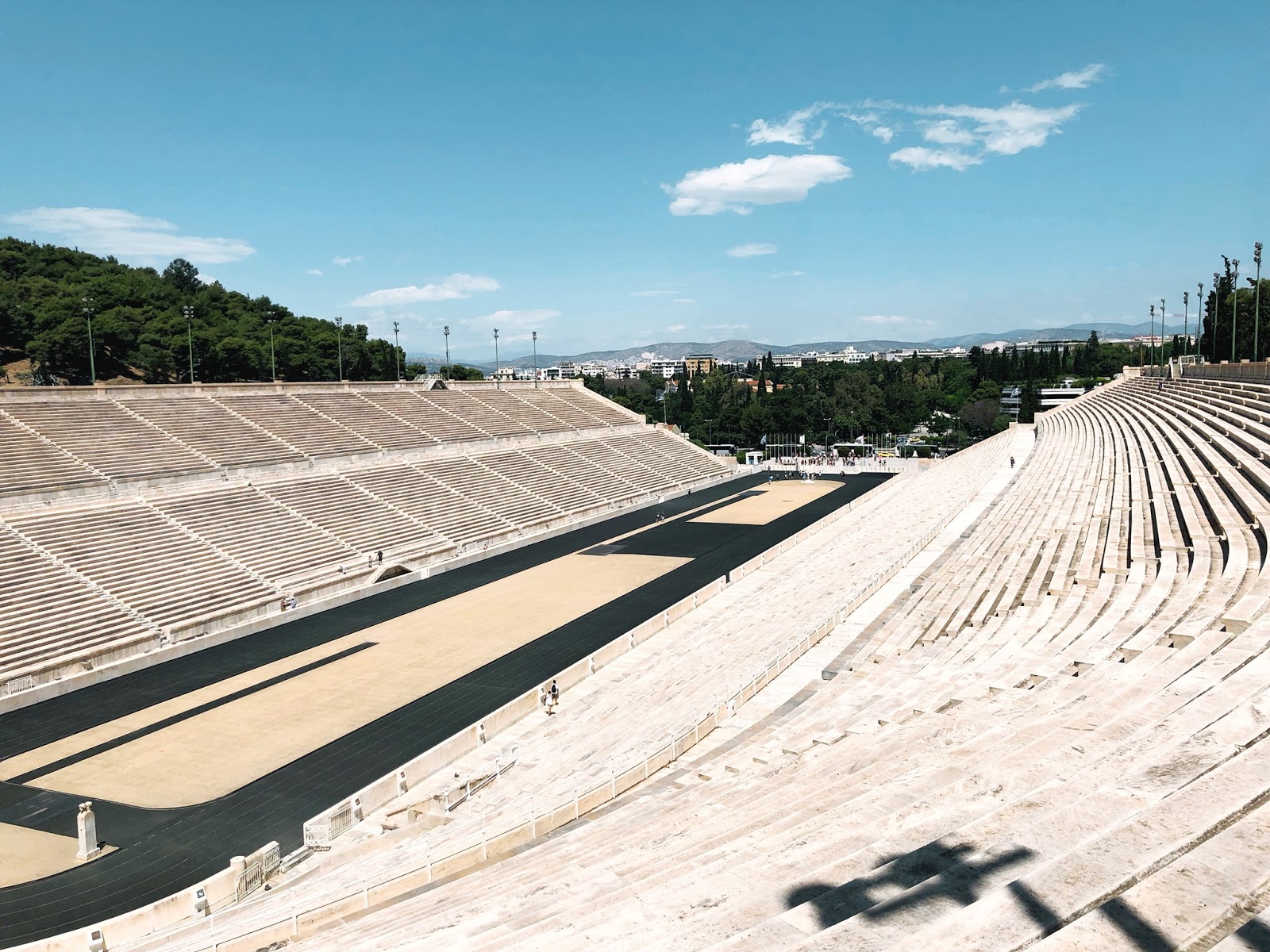 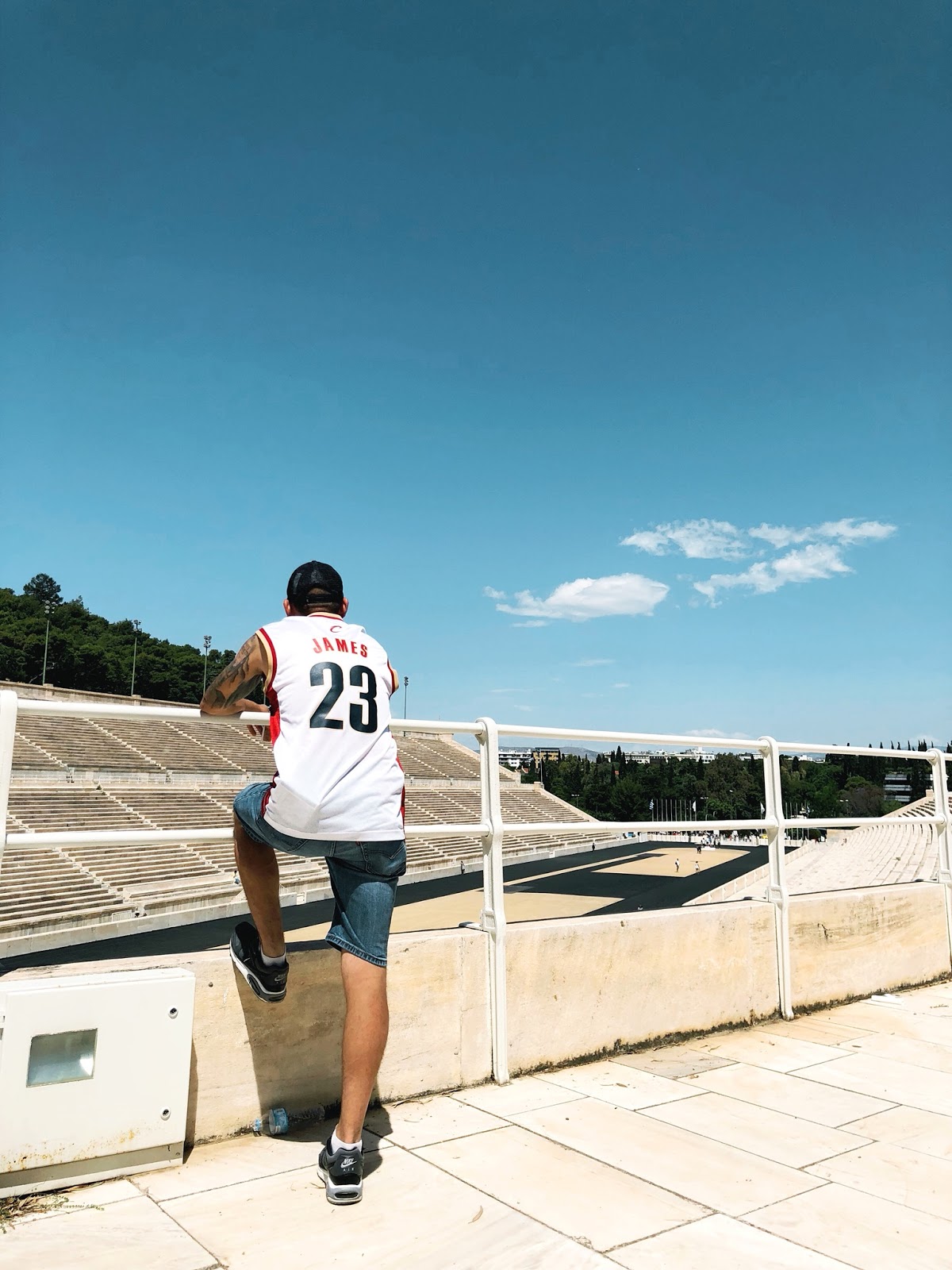 When we finally came down, we went through the tunnel to the museum where they had artefacts from every Olympic Games ever. 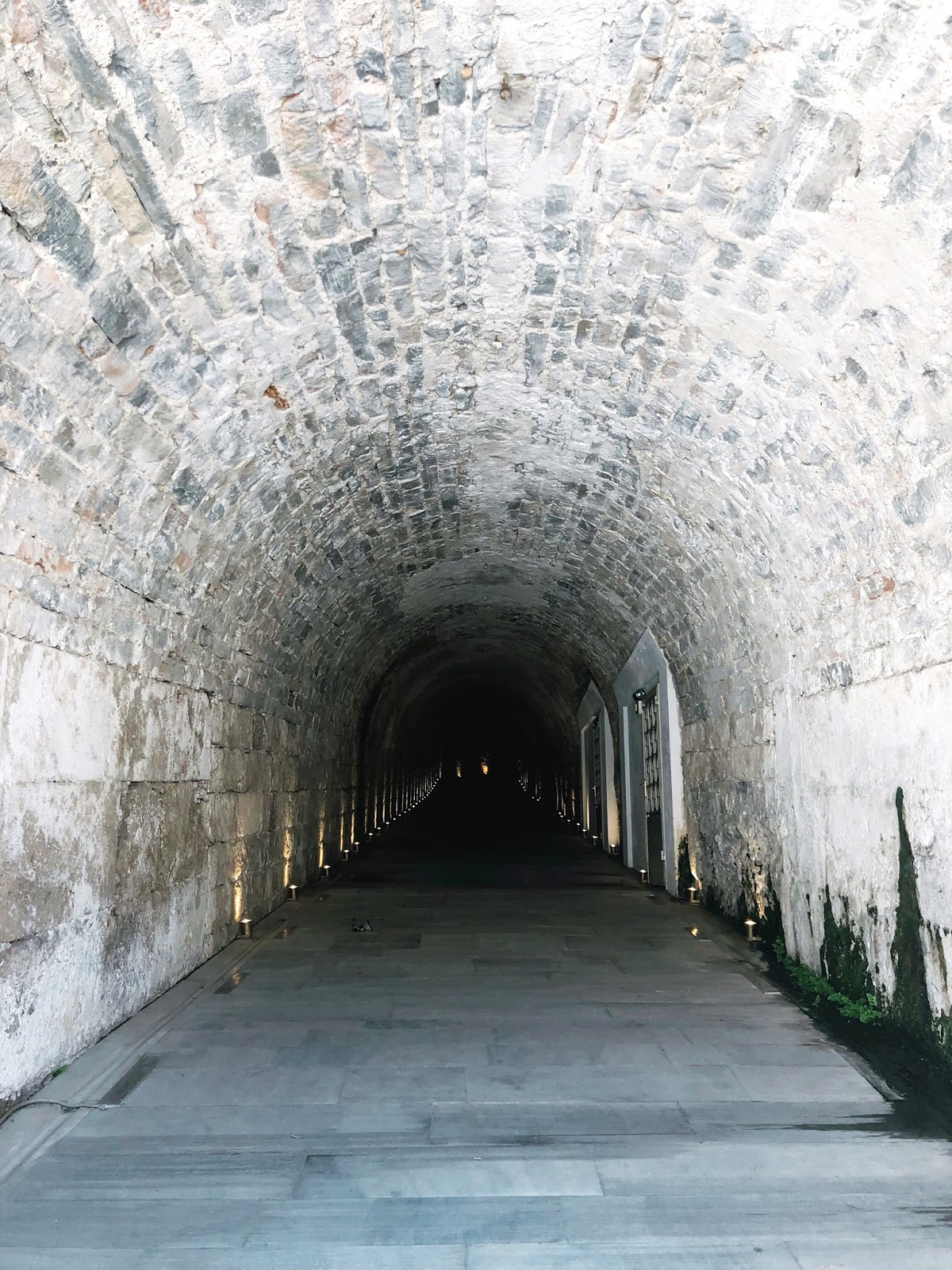 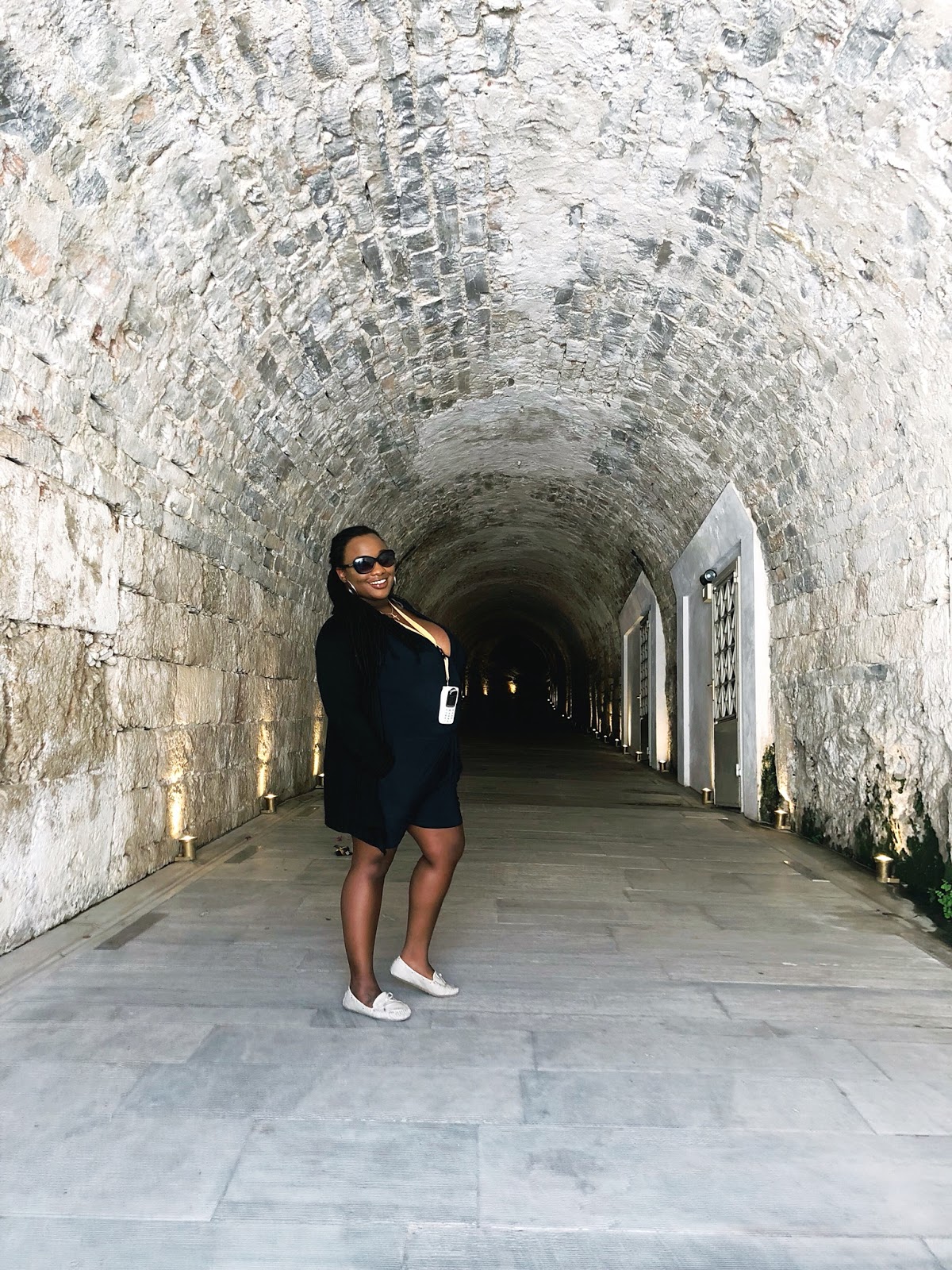 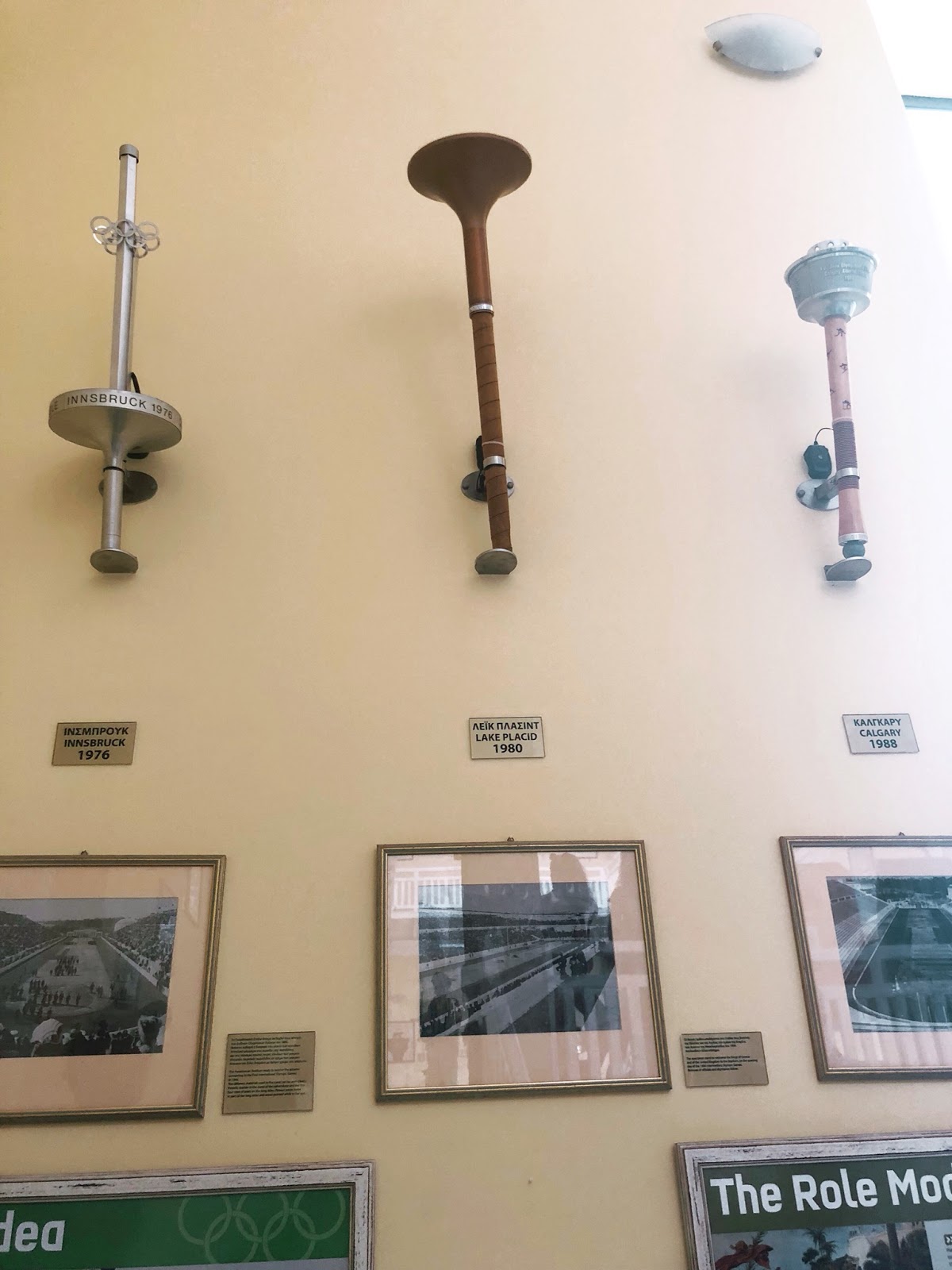 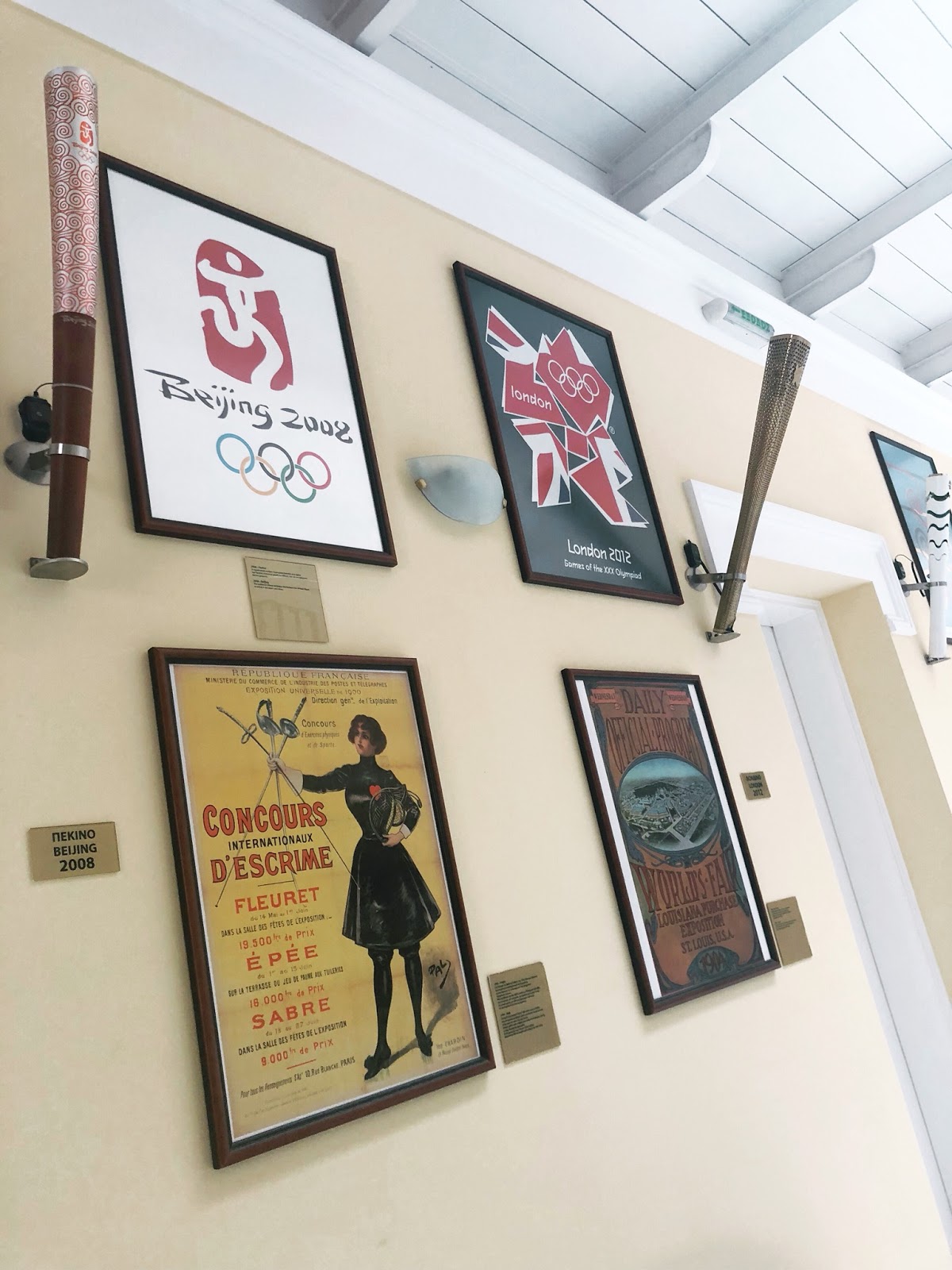 And then we headed out. But first, my number one had to take his Golden picture. I took one also but it was a flop so no photo of it for the blog. 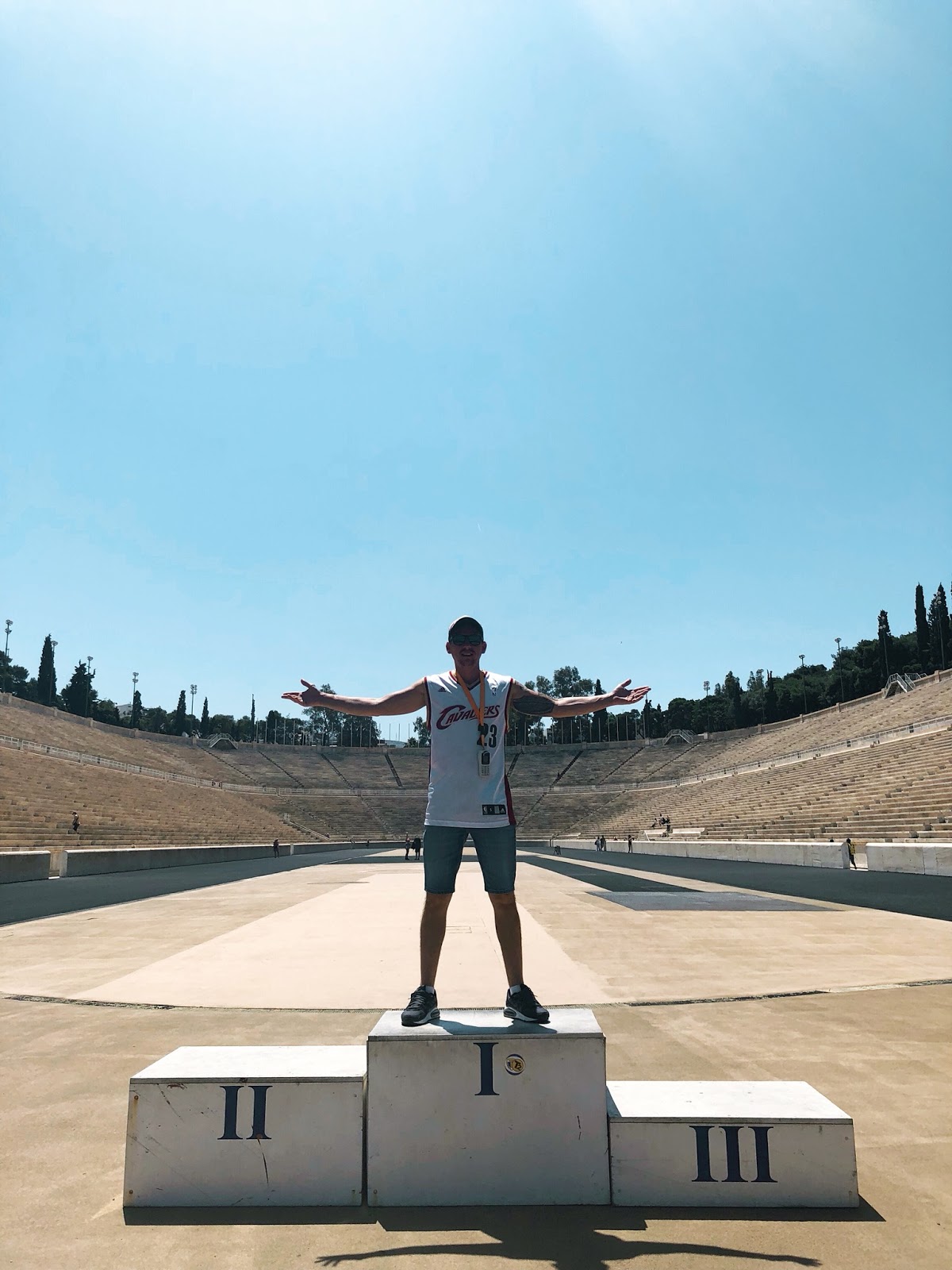 And a history of the Olympic winners of years past escorted us out. 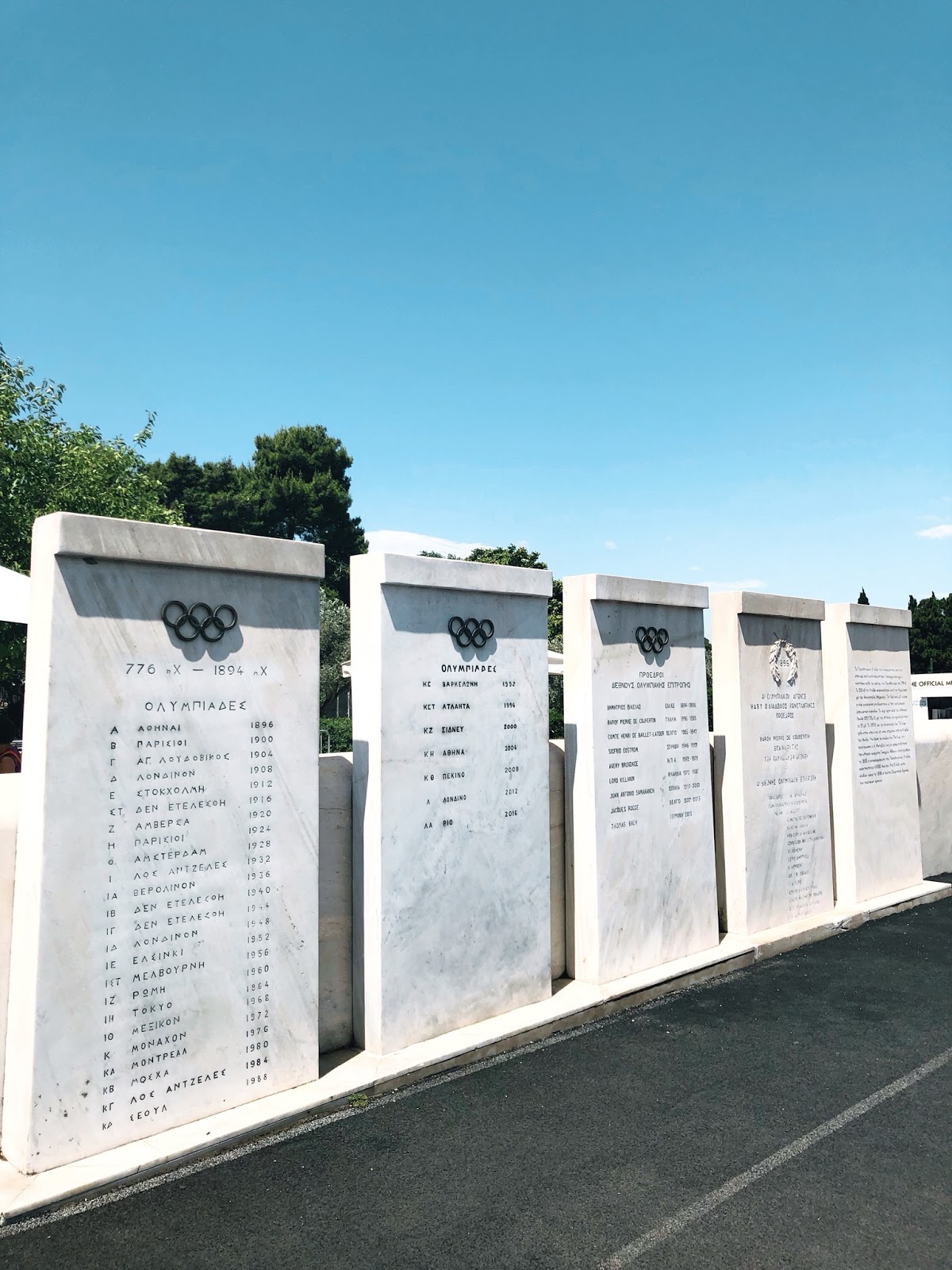 And that was our trip to Olympic Stadium Athens. I definitely recommend it. Its a cool experience and one of the main reasons we wanted some “Athens” time in our honeymoon. The Greek islands are great but the mainland has so much history that it shouldn’t be skipped.

My next post on Athen will be Zeus’ temple which as you can imagine, floored me.