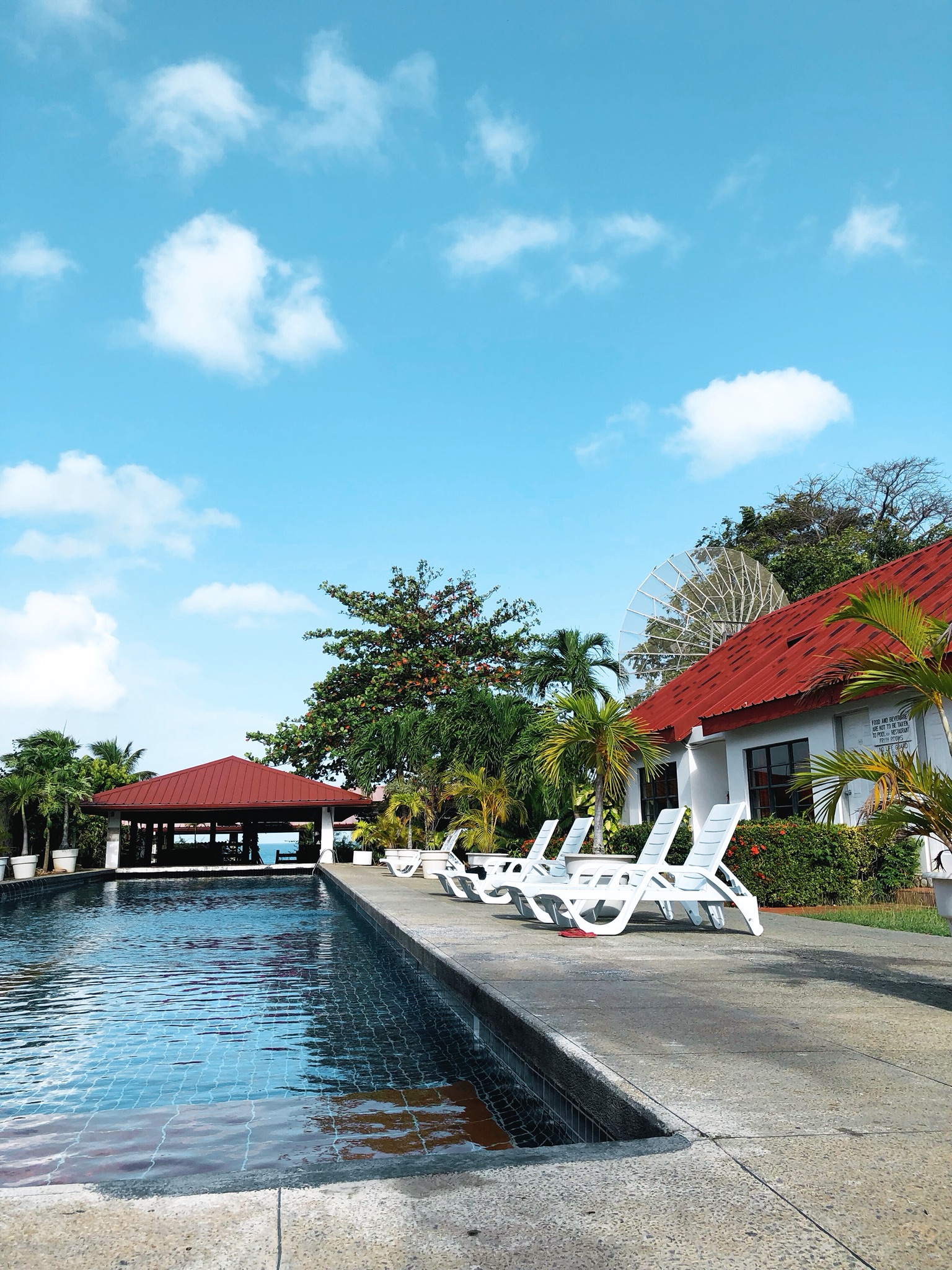 Last weekend was Carnival in Trinidad but Danny and I decided not to participate this year and instead we headed to Tobago for some sand and sea. We chose not to stay in our usual spots (we do go quite often) and to go for a nice but more budget friendly location.  Instead we spent five nights at the Sandy Point Village hotel, a small hotel near to the airport.

Sandy Point is a very small hotel on the ocean with suite like rooms. There are three types of rooms actually, seaside rooms (the doors open to the ocean basically), poolside rooms, and then more apartment type rooms with kitchenettes. When we booked, we requested a poolside room because although I’m from the Caribbean, Ill chose a pool over the ocean everytime. Sometimes we splurge on hotels (like out last trip to London in September we stayed at the Park Plaza Riverside – post coming soon) and other times, we opt for budget friendly travel. This was one of those times. The stay set us back a reasonable (for the Caribbean) $50 USD per night.

FYI ~ I’ve actually stayed at this hotel before a couple of time for work so I knew what it was Danny’s first time here. It has a very Caribbean feel for sure and I love it.

Ok so the room was very ‘cabin like’ and quite large for the price. It was lofted with a bed and closet upstairs, and a sitting area downstairs 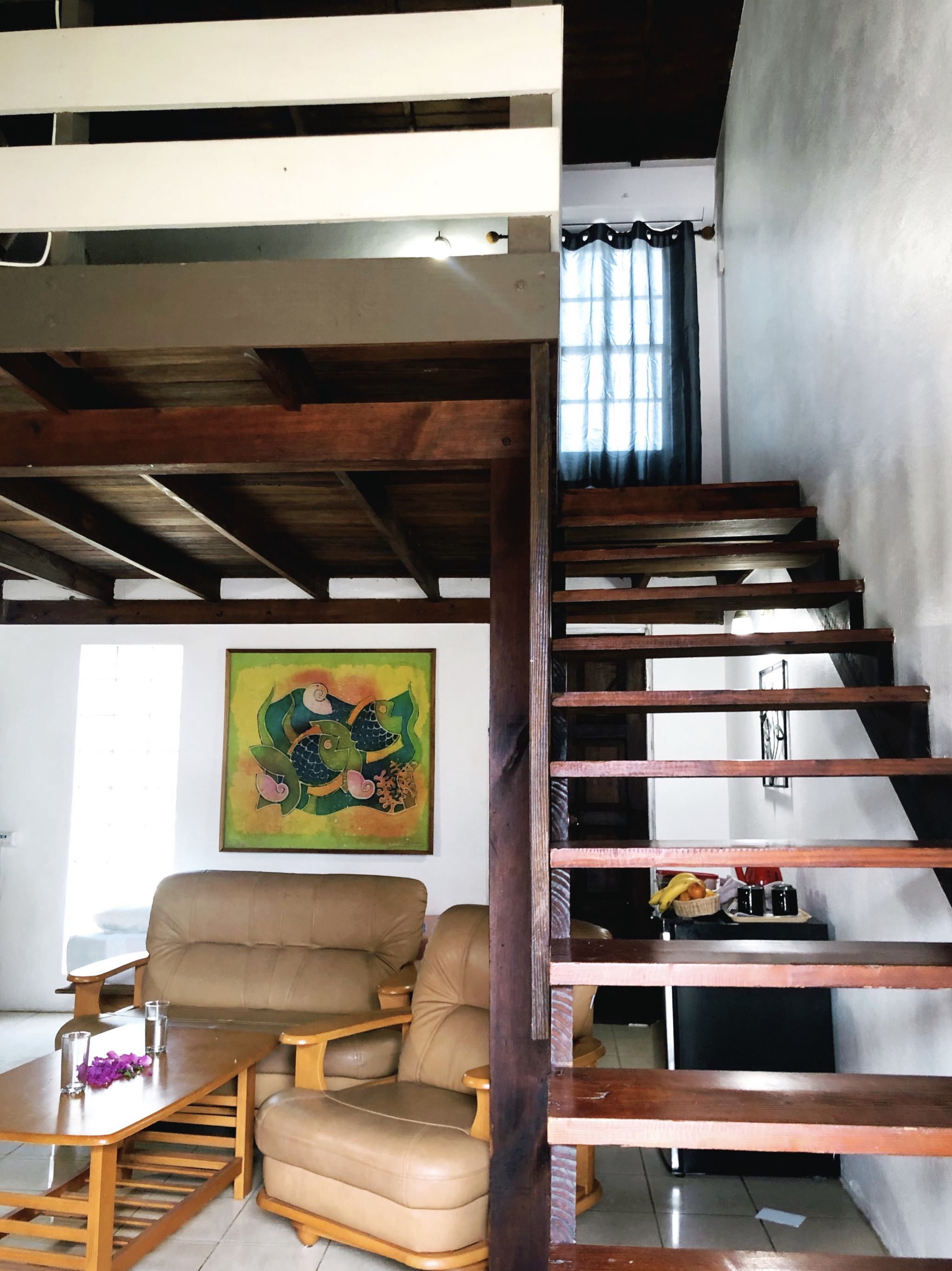 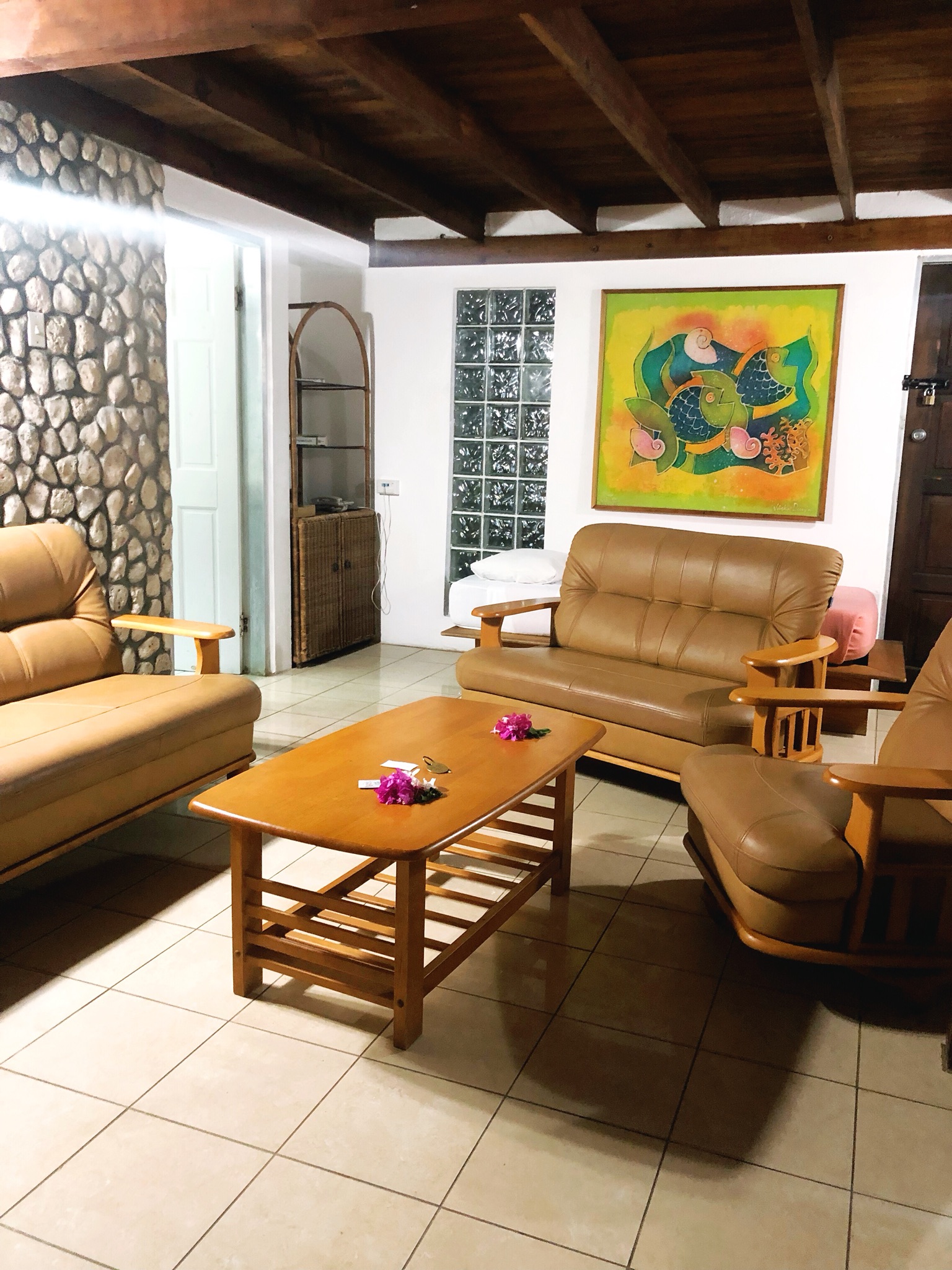 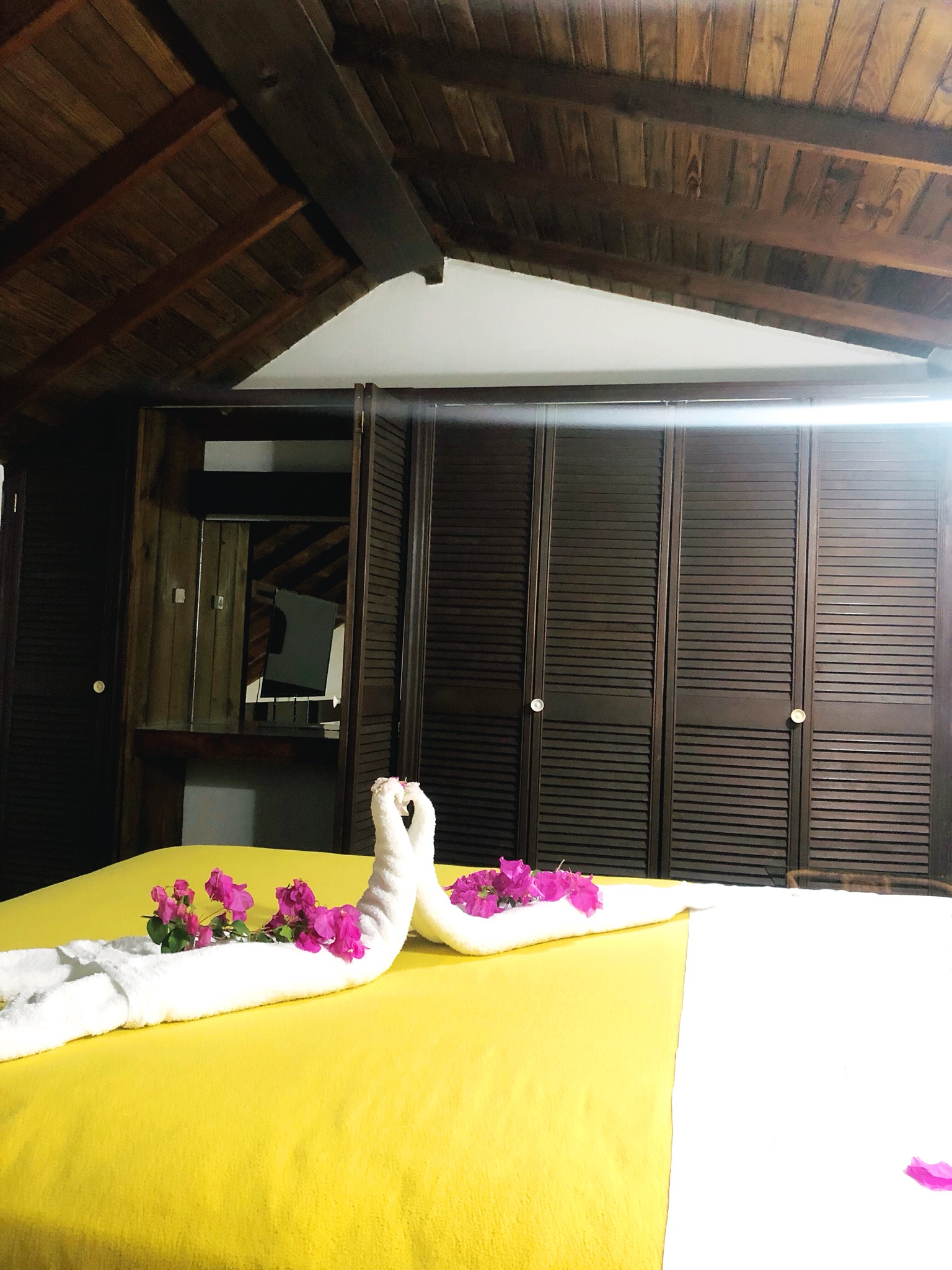 Since it was a smaller hotel, there was only one restaurant. Guys, the food at the restaurant was so good. We weren’t even planning to eat at the hotel a lot but we ate there one day and had to go back. I stuck to my diet the entire trip (save about 3 vodkas). My plate was the second plate, a seafood/chicken dinner with veggies and a salad. Although I love plantain I skipped it to stay on track. *pats self on back*

The restaurant gets bonus points because it was overlooking the ocean. Nothing better than to eat good food while hearing the ocean beat on the shore. 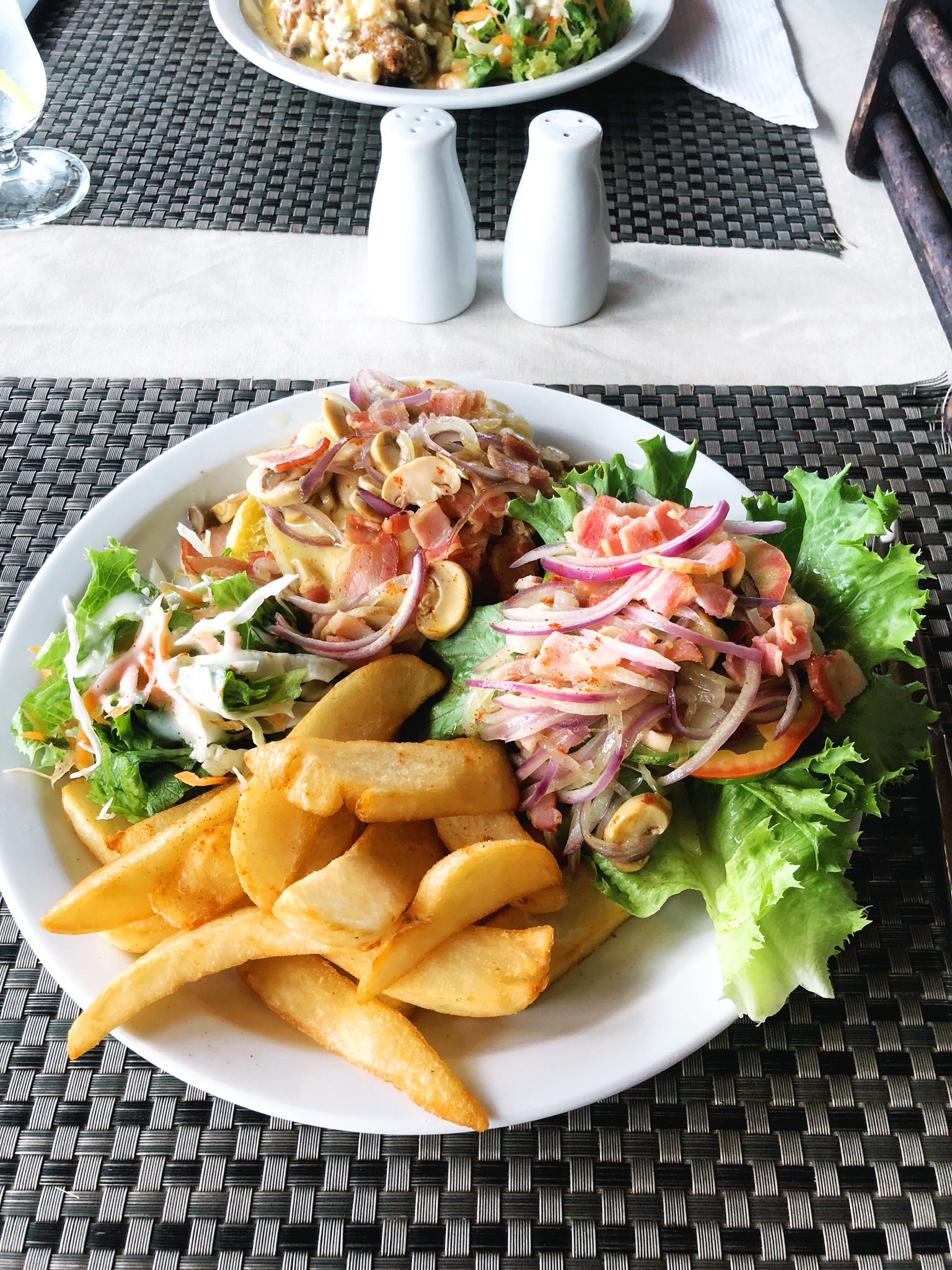 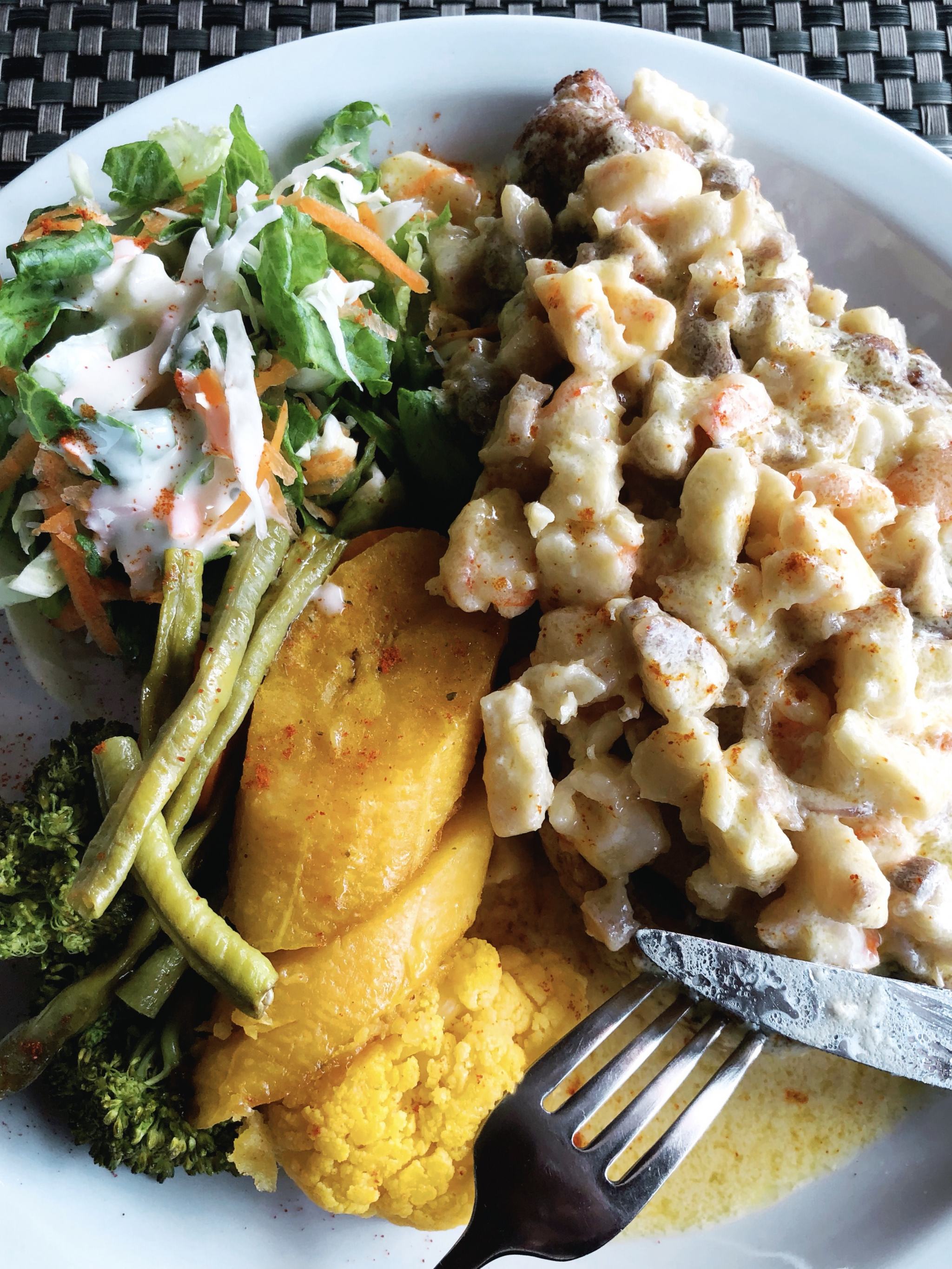 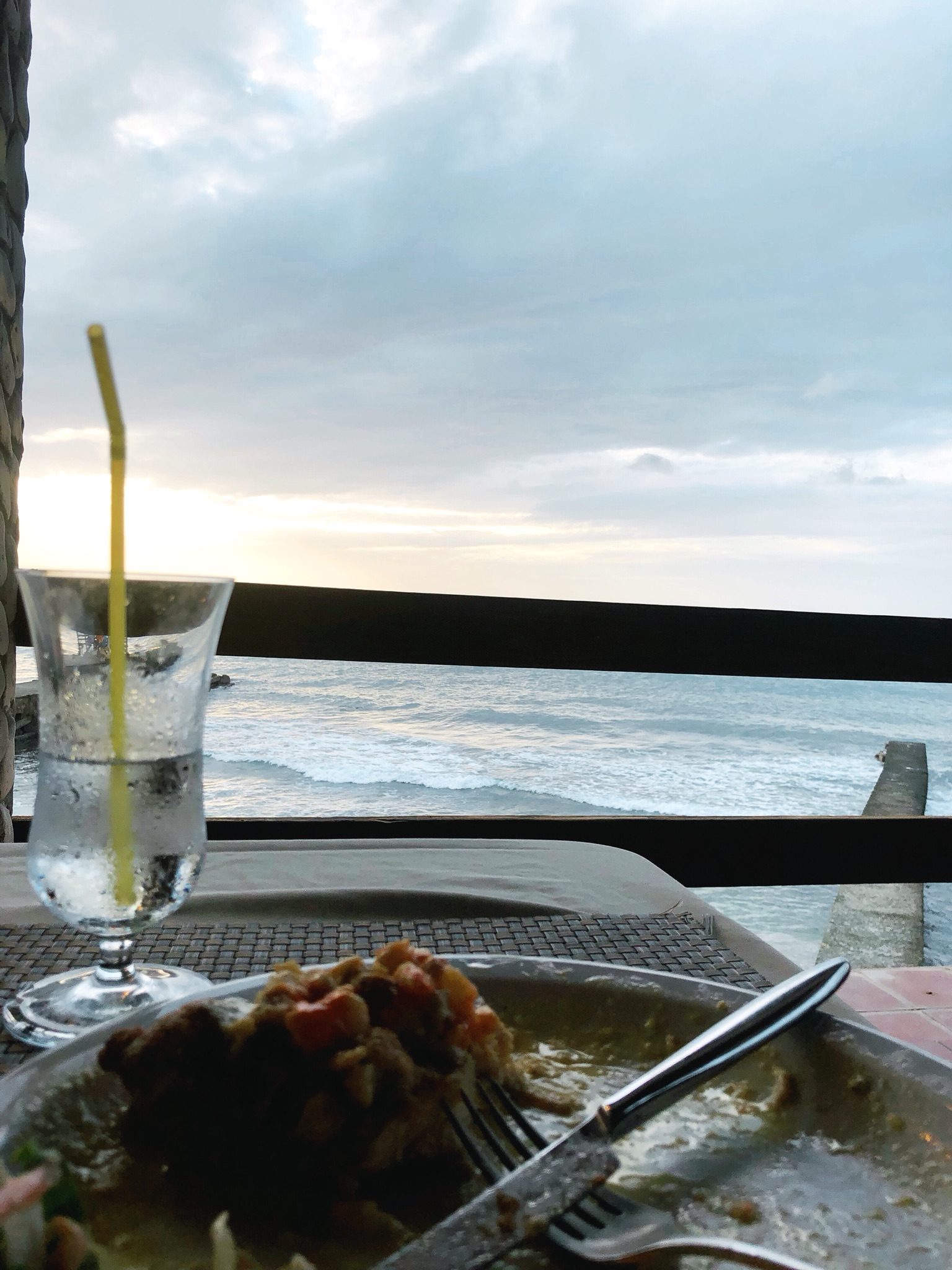 One good thing about the Sandy Point Village hotel was that there were several hang our areas. We particularly liked the pool area (no surprise). Though the weather wasn’t the best when I took these photos, you get the point as to how beautiful the pool area was. As I said before, our room was also poolside (see the second photo for how close the rooms were two the pool) so I spent a lot of time at the pool. 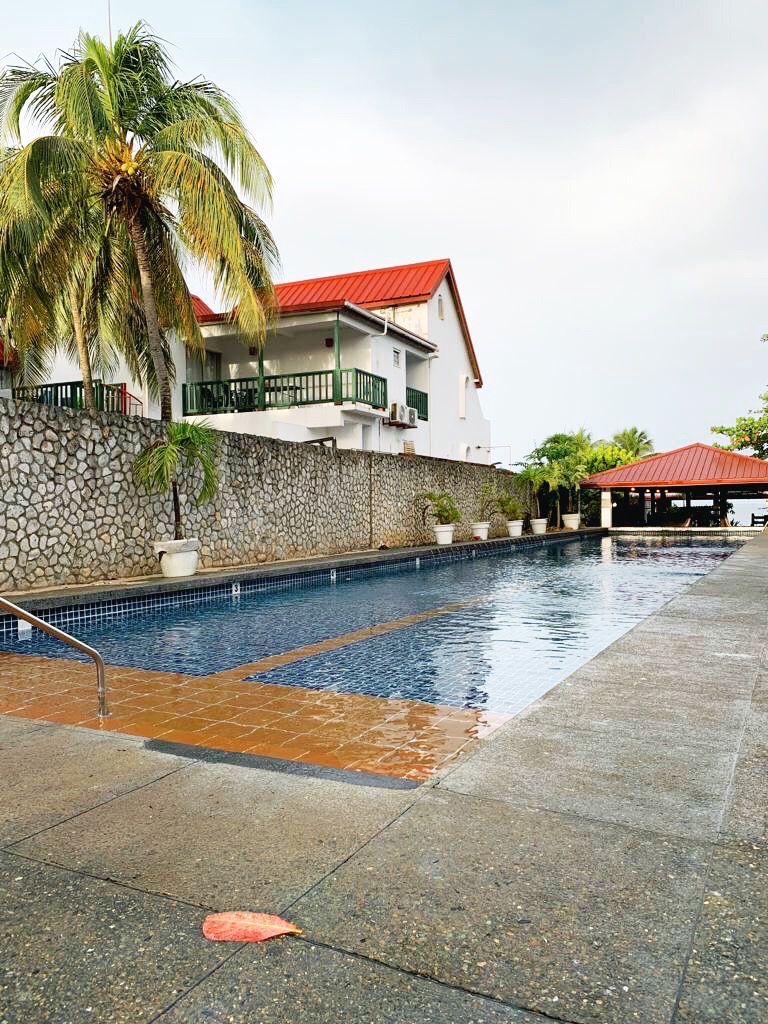 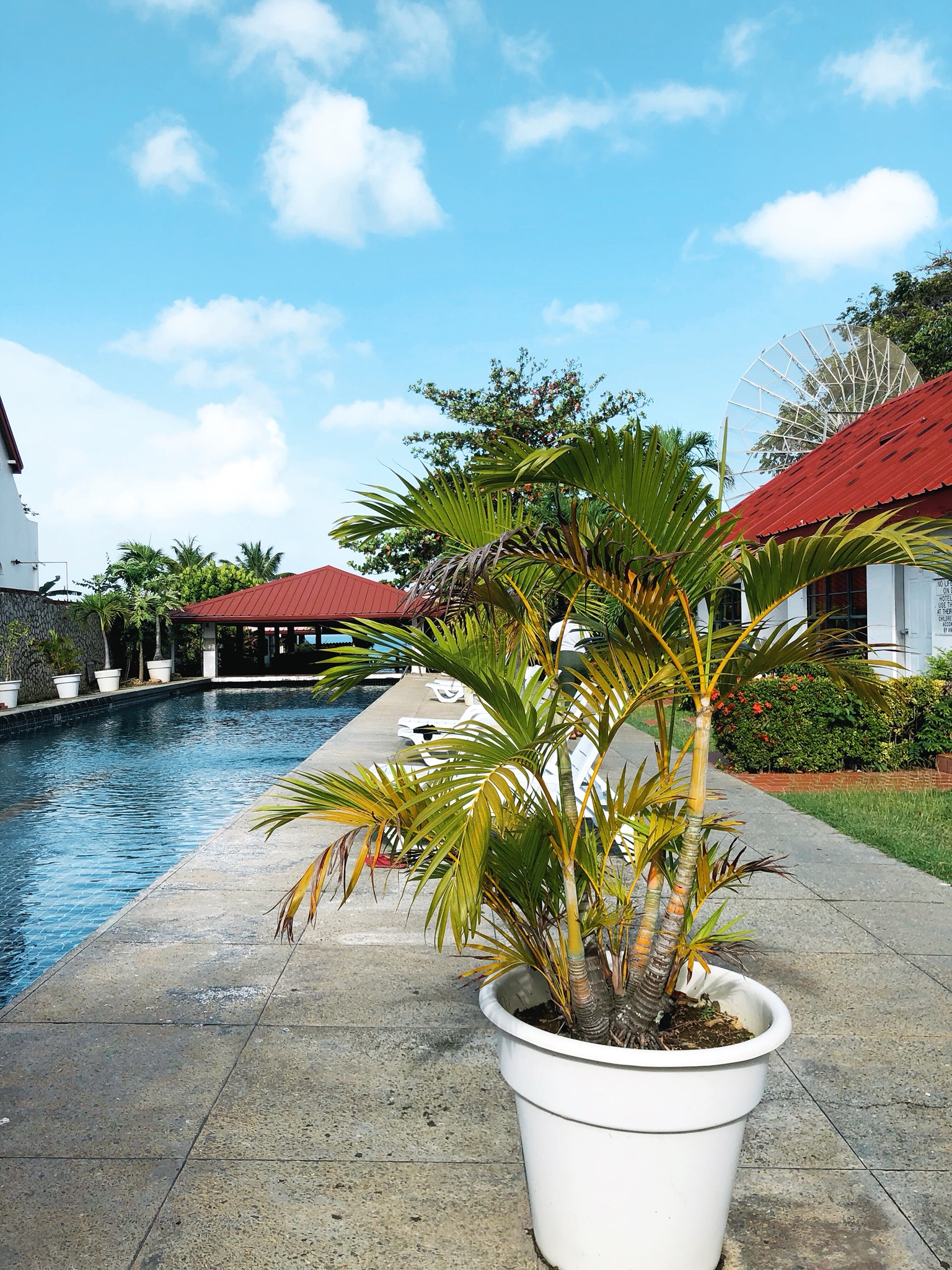 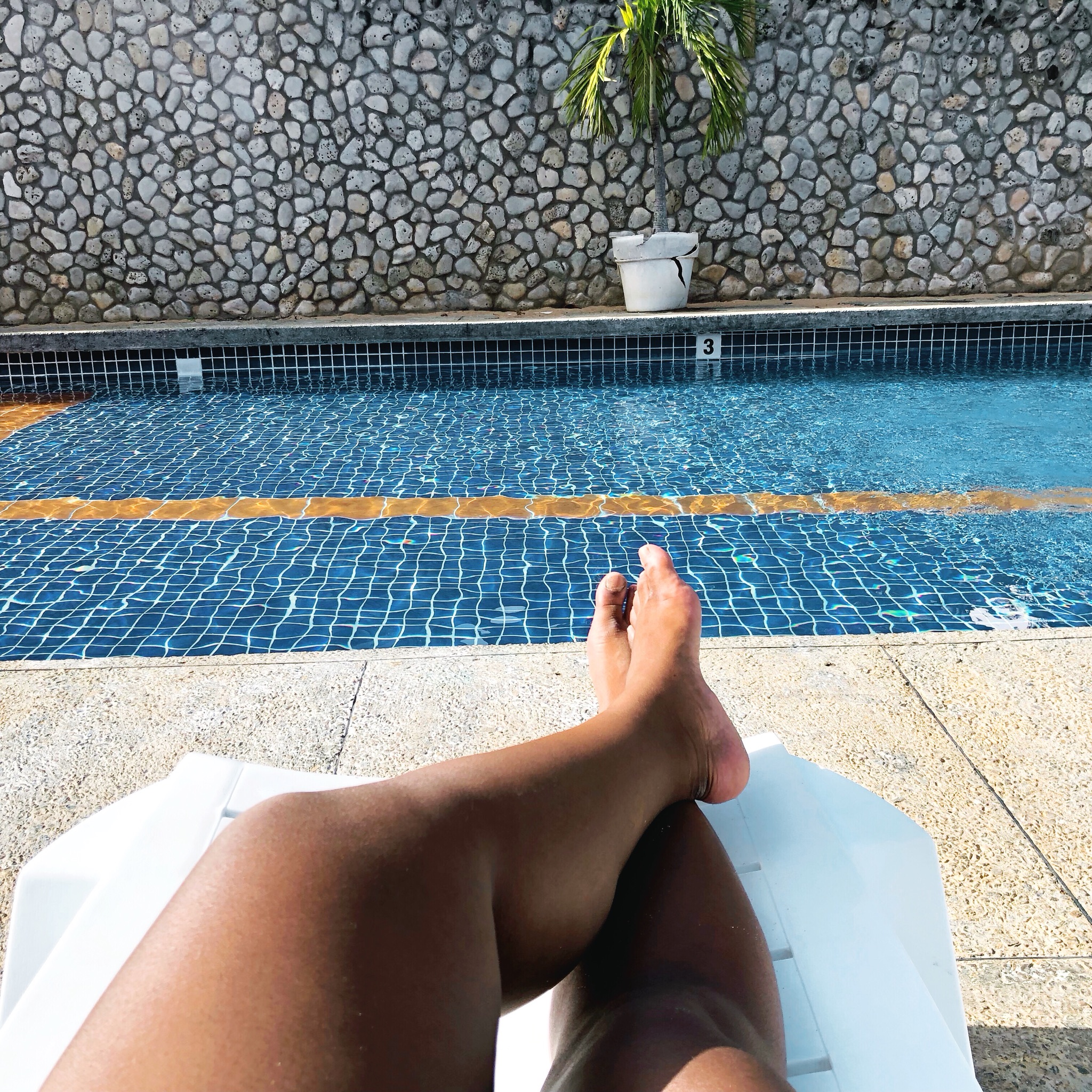 There were also a lot of trees and some animals on the property, which I thought was pretty beautiful and gave the hotel a special touch. I would have taken more photos of the trees but rumour has it that there were a lot of lizards hanging around, and you know how I feel about lizards. So I stayed away.

I did manage to go close to the parrots though. They were so beautiful, not too friendly (Danny got a bit of a peck), but beautiful. 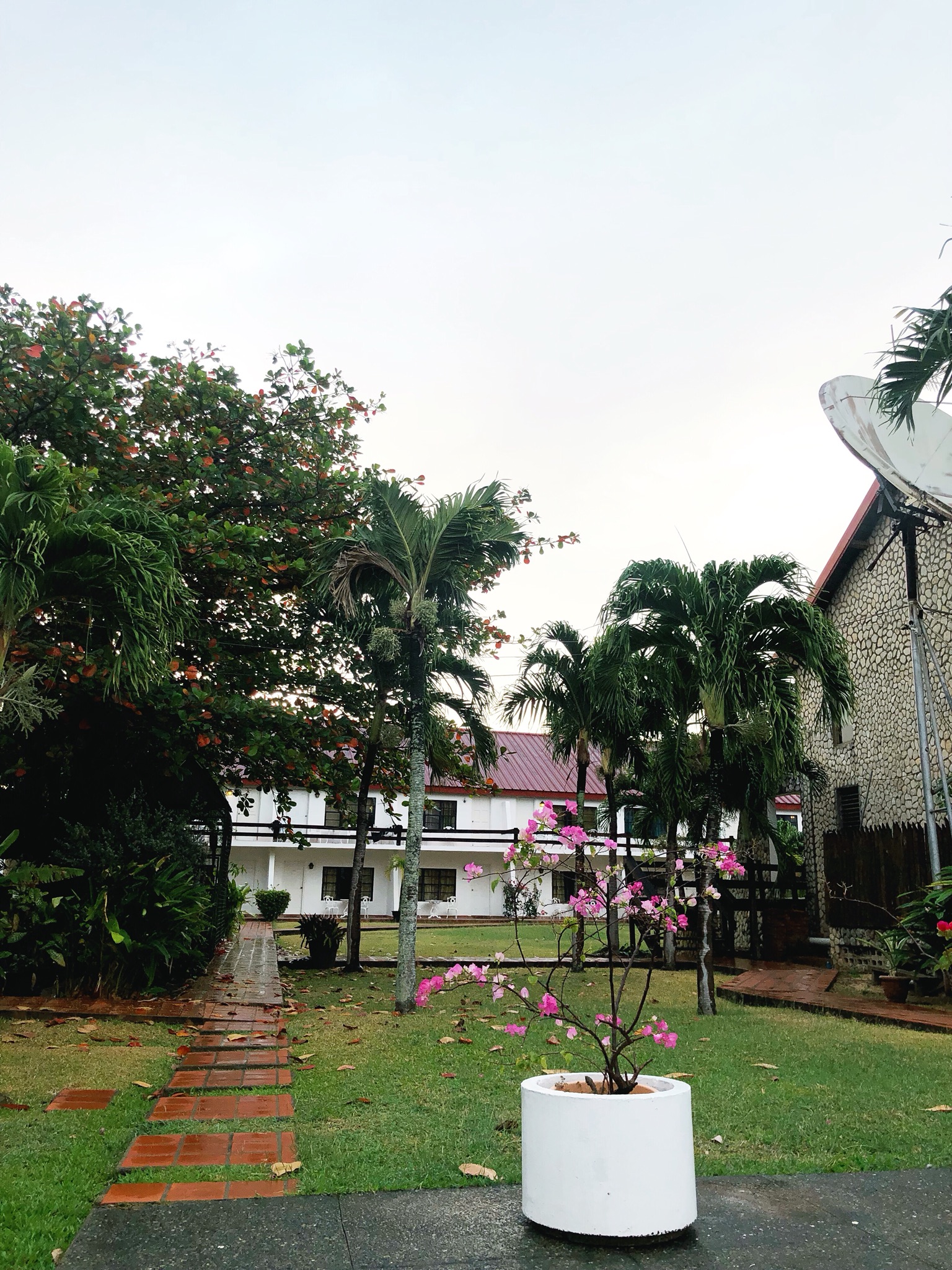 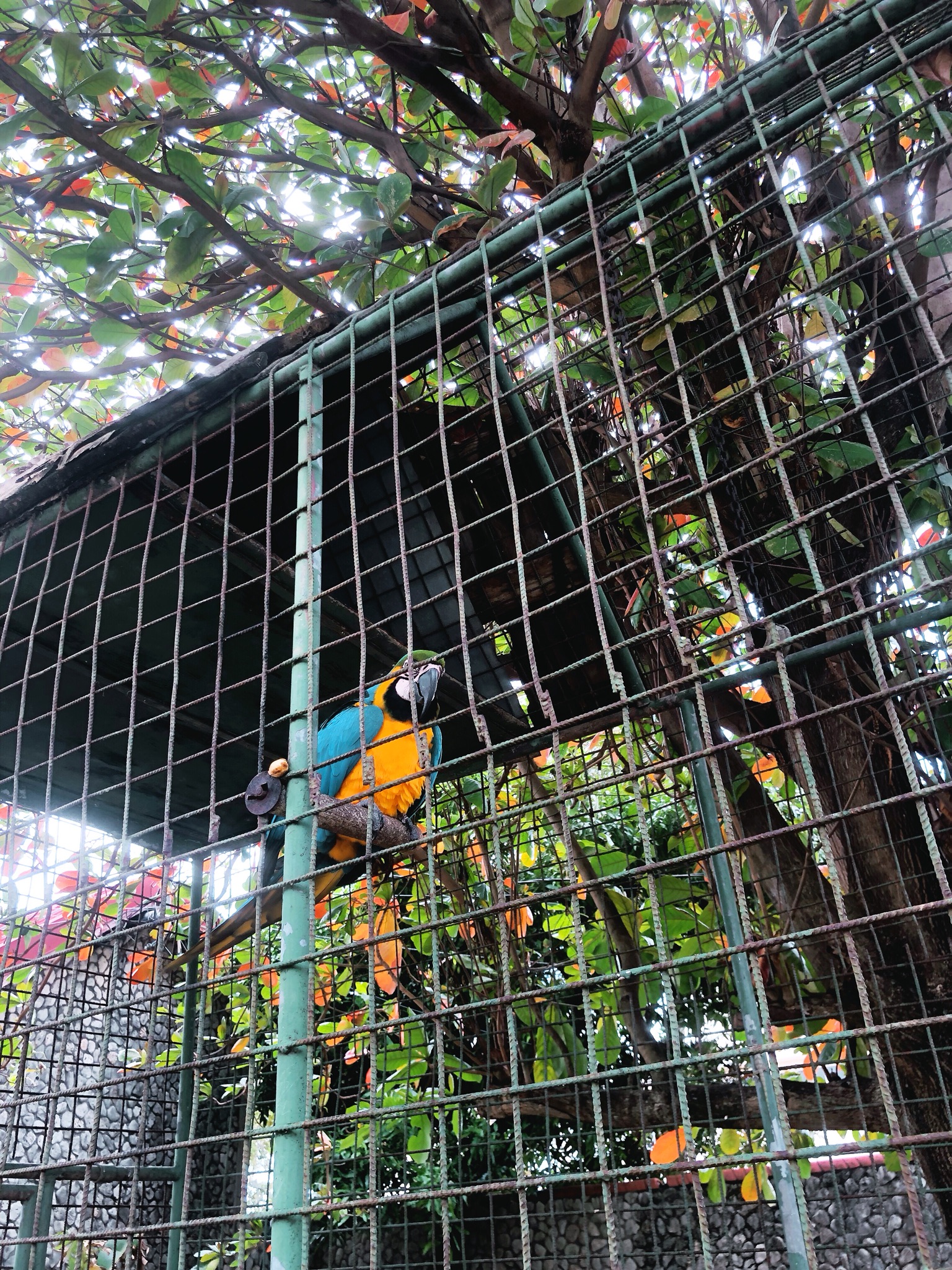 Im going to contradict myself. I may not have wanted a seaside room, but I did 100% think that the best part of the property was the walkout jetty. Just outside the hotel was a long jetty with a shed and benches.  We walked out there, sat and relaxed every evening to take in the sunset. I can’t describe how peaceful it was. The third picture shows the back of the hotel. 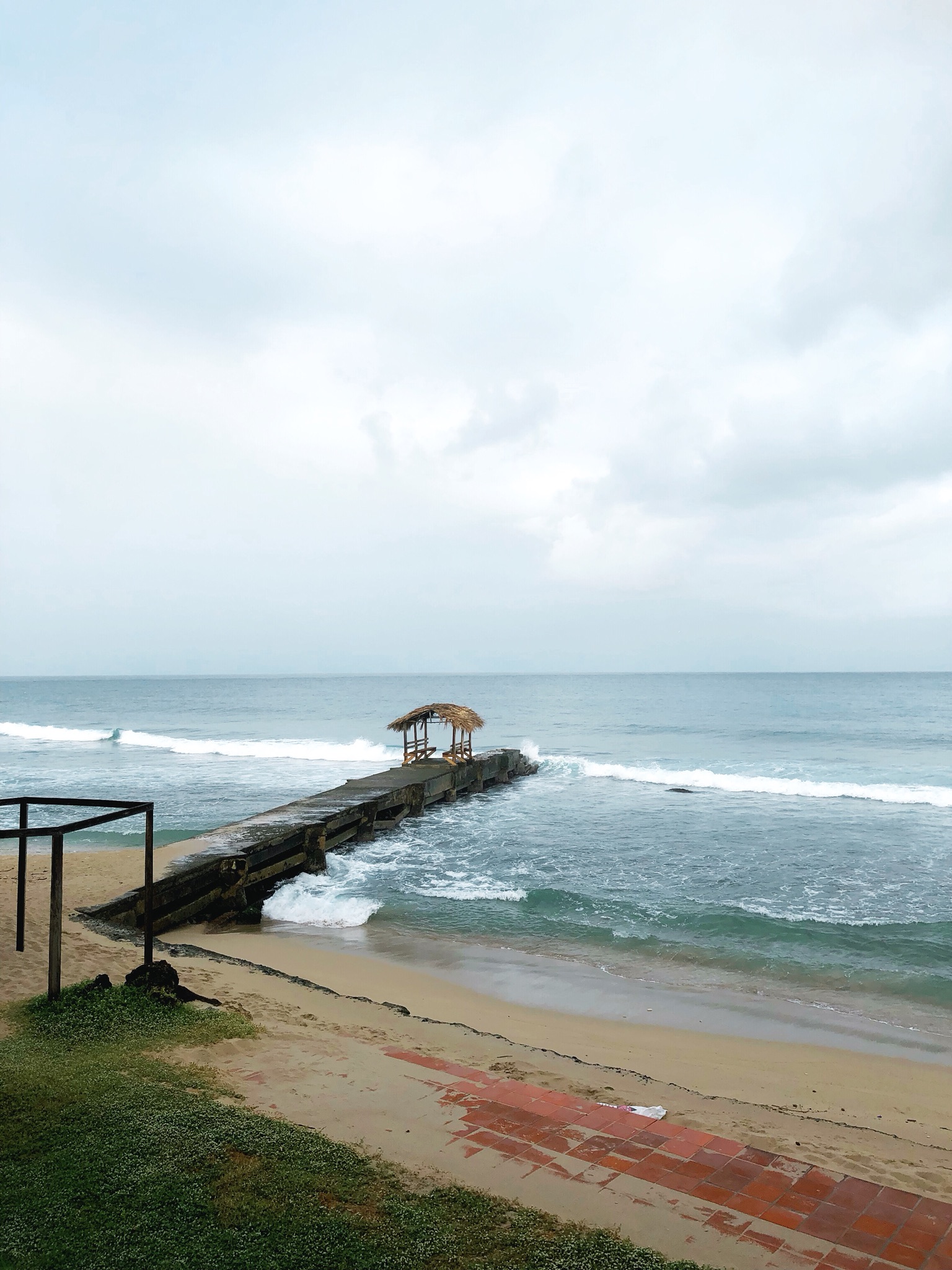 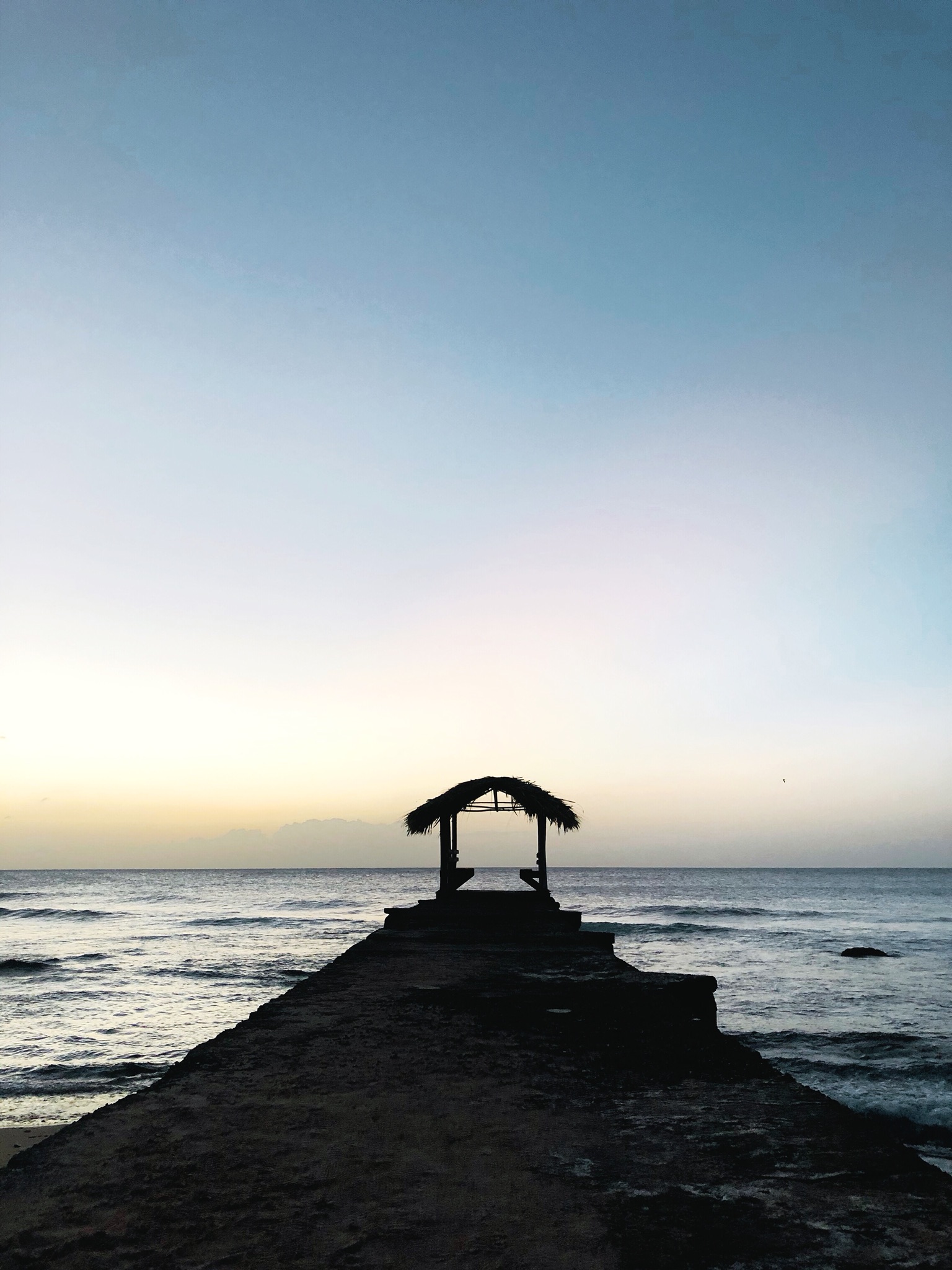 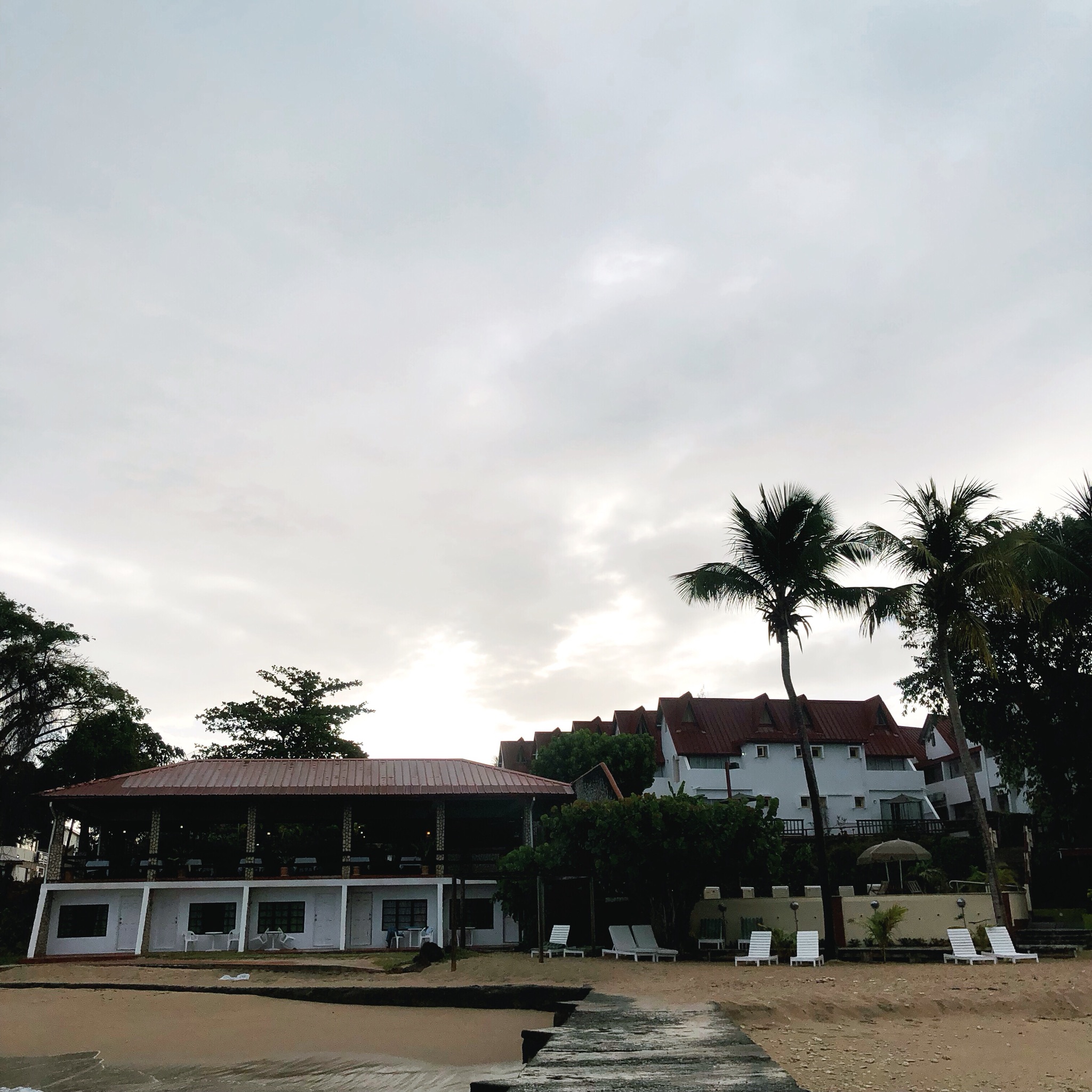 For a small hotel, the price was good, the food was good and the stay was comfortable. We would totally stay at Sandy Point Village Hotel again for another budget friendly travel trip.

What do you think of the hotel?

Have a good one!