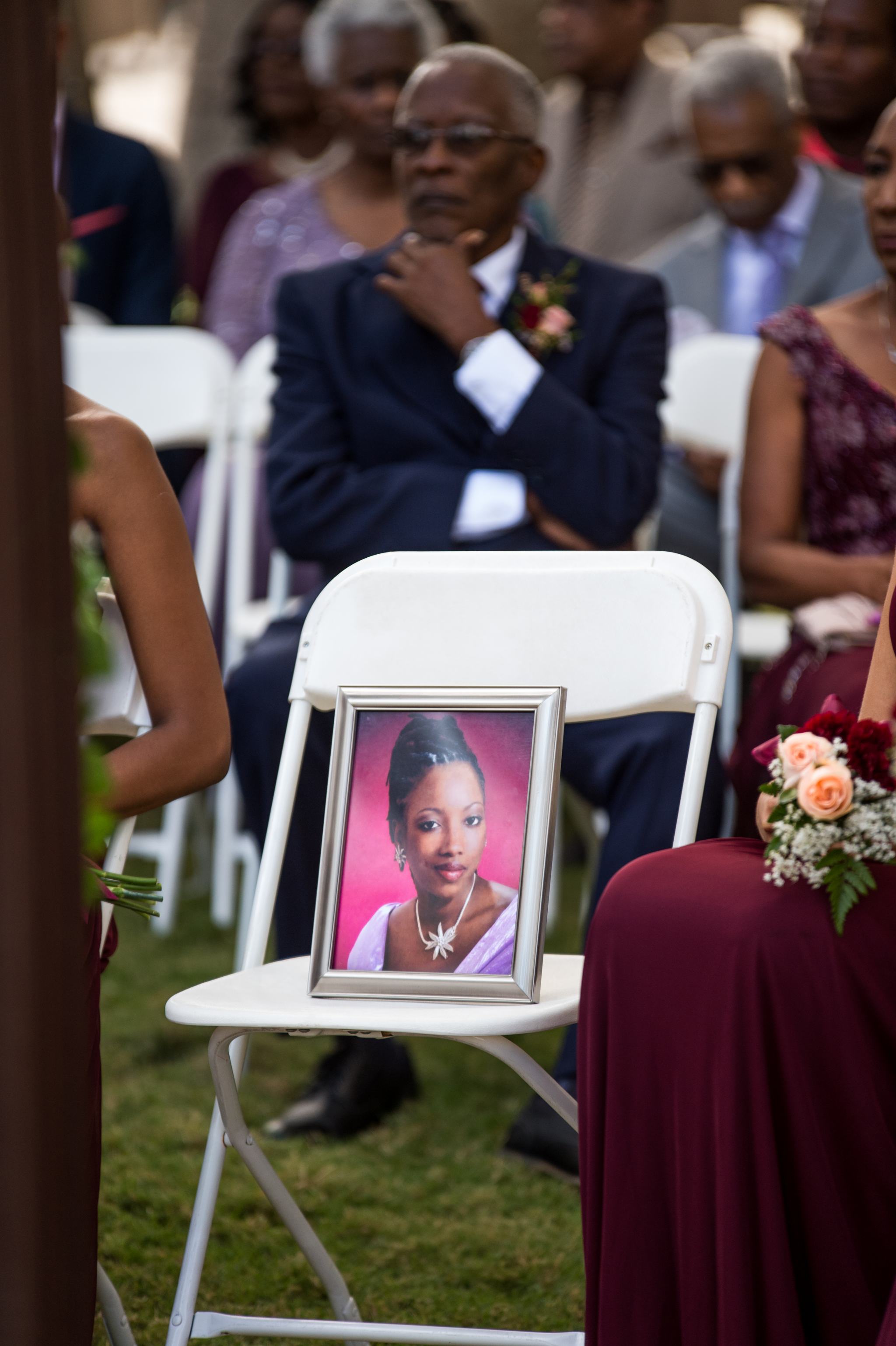 I don’t usually post on Sundays but I had some thoughts.

In the last two weeks, this blog turned 5 years old, and today is the 5 year anniversary of my sister (who coupled as my best friend), Kerry’s passing.

Five years. When I think of five years, I think wow that’s a really long time. So much has happened in the last five years. SO many birthdays missed, so many celebrations and losses. So many highs and lows. The above photo was taken on my wedding day last April. When I was planning our day, I realised that I couldn’t not have a visual representation of my sister there, so I made her an honorary bridesmaid. Her photo sat in the midst of my other bridesmaids during the ceremony and near the head table at the reception. I loved it.

My sister didn’t get to physically be at my wedding, she won’t meet my future kids and she’s never met my husband Danny. She hasn’t seen my niece and nephew grow up, and will never be in another photo with me or my family. These are the things that grieve me daily. Every time someone famous or someone we knew dies, I wonder if she’s heard. I wonder if she knows about it or met them in heaven. Silly maybe, but I always think this way and she always will be in both random and mundane daily thoughts and memories. See, in the scope of my life, five years is also not that long. I remember in the first year thinking I just can’t wait for one year to pass so I can feel better so I can live a little again. While time does heal, grief doesn’t just disappear. One, two or ten years down the line it will still feel simultaneously like a long time and like yesterday. It will still hurt when I think of all she hasn’t seen or experienced. It will still hit me randomly that my sister is gone forever. But time does make those times more bearable and almost cathartic.

Both the anniversary of this blog, and my sister’s passing are inextricably linked and I kinda like that. Because so many of the people who read this blog are newer, you would have no idea that I started this blog 5 years ago when my sister was ill and in hospital. Writing had always been an escape for me (still is) and I wrote five posts a week in the beginning to kind of feign normalcy in my head. I was pretty open about the blog being made because of her, but I rarely spoke/speak of her. I wanted so badly to be “normal” again and not have the scarlet “grieving sister” letter on my head. I care much less about that now honestly. Truth be told I’ll never be who I was prior to March 10th 2014, and I’m ok with that. Now, I really like that this space has a deeper meaning for me. I almost quit this space so many times but always came back because just as when it started, its therapeutic for me – in no small part because of the reason it began.

So its been 5 years of blogging and 5 years of grieving. There’s been ups and downs in those five years. I’m in a great space and stage of life right and while I grieve my sister not being here for the happy times, I know she’s cheering me on. I’ve grown so much in the last few years and now I can genuinely say I’m grateful for the last five years. Im grateful for the person Ive become. Im grateful for my strength. I’m also grateful that in the throes of my stress in 2014, I opened a blog page and started to write.