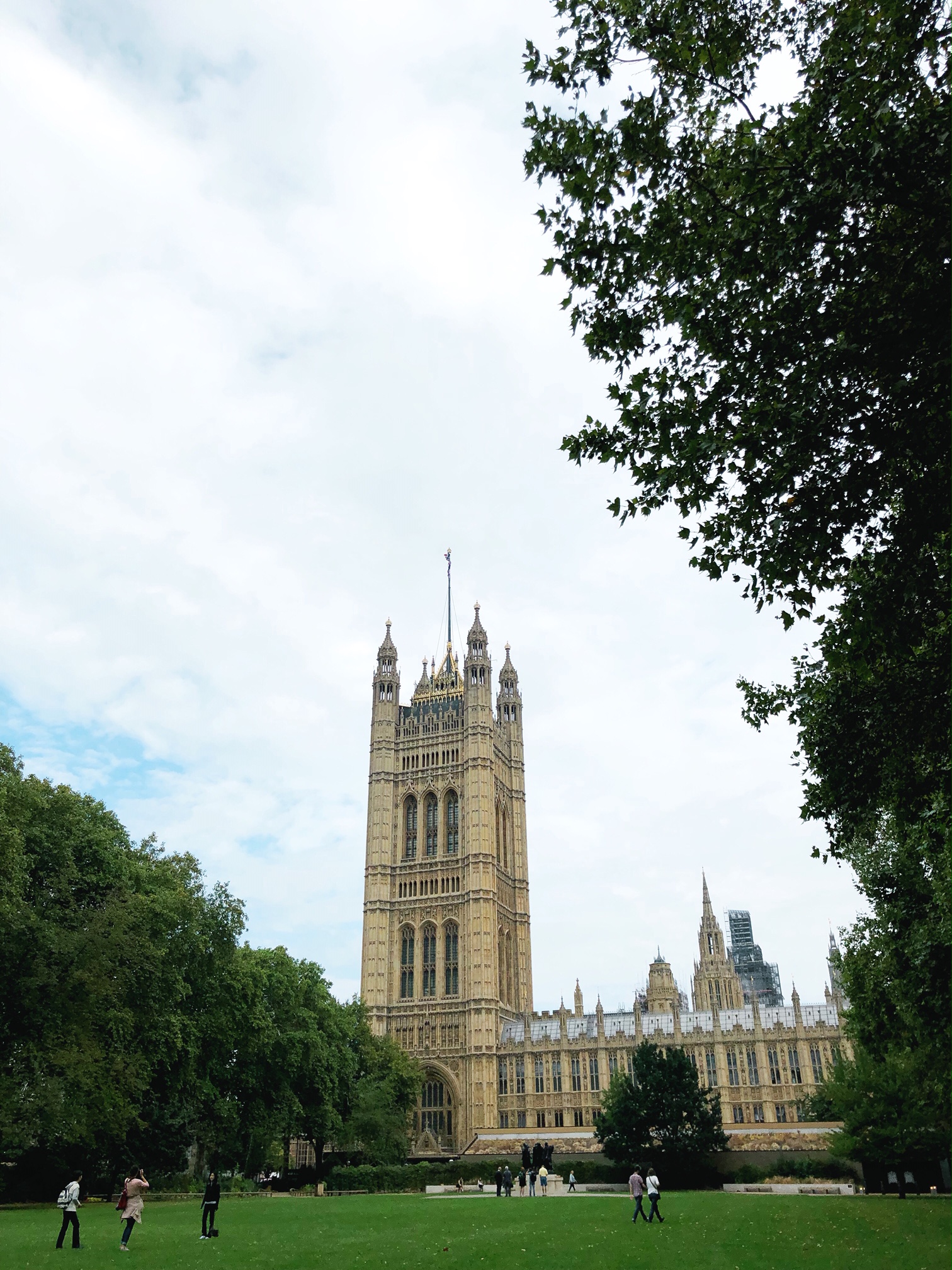 So in one of my last posts, I mentioned that home renovation and buying is an expensive venture and that there were would be no big travel trips until December. A few days later, Danny and I booked tickets to London for 6 days. We leave tomorrow. I couldn’t make this up. Hubby had to go take care of some family business there and so we decided I would tag along – London is absolutely one of my favourite cities so I’d never say no to the opportunity. We actually last travelled to London in September (after a whirlwind month long trip to Romania). I never blogged that trip so I thought today would be a perfect opportunity to do so.

This is actually an interesting story. Whenever we travel, I scour the internet for deals. When we were booking our stay in London, I found a fabulous steal of a deal for the swanky Riverbank Park Plaza hotel… with breakfast included in the cost. The hotel was undergoing some minor renovations which I guess caused a huge drop in prices. We obviously didn’t complain. The room was cozy, updated, techy and looked as expensive as it should have been. 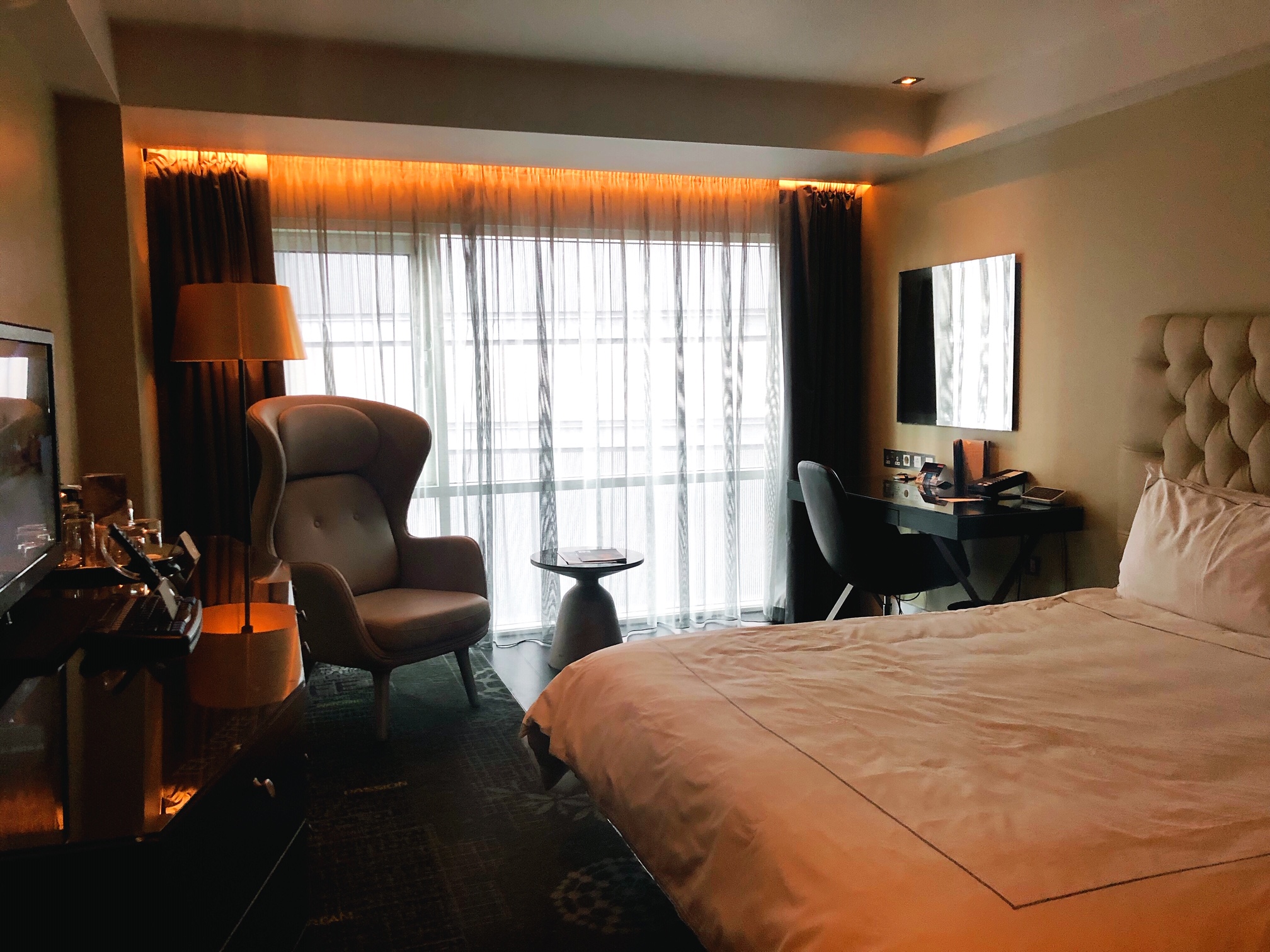 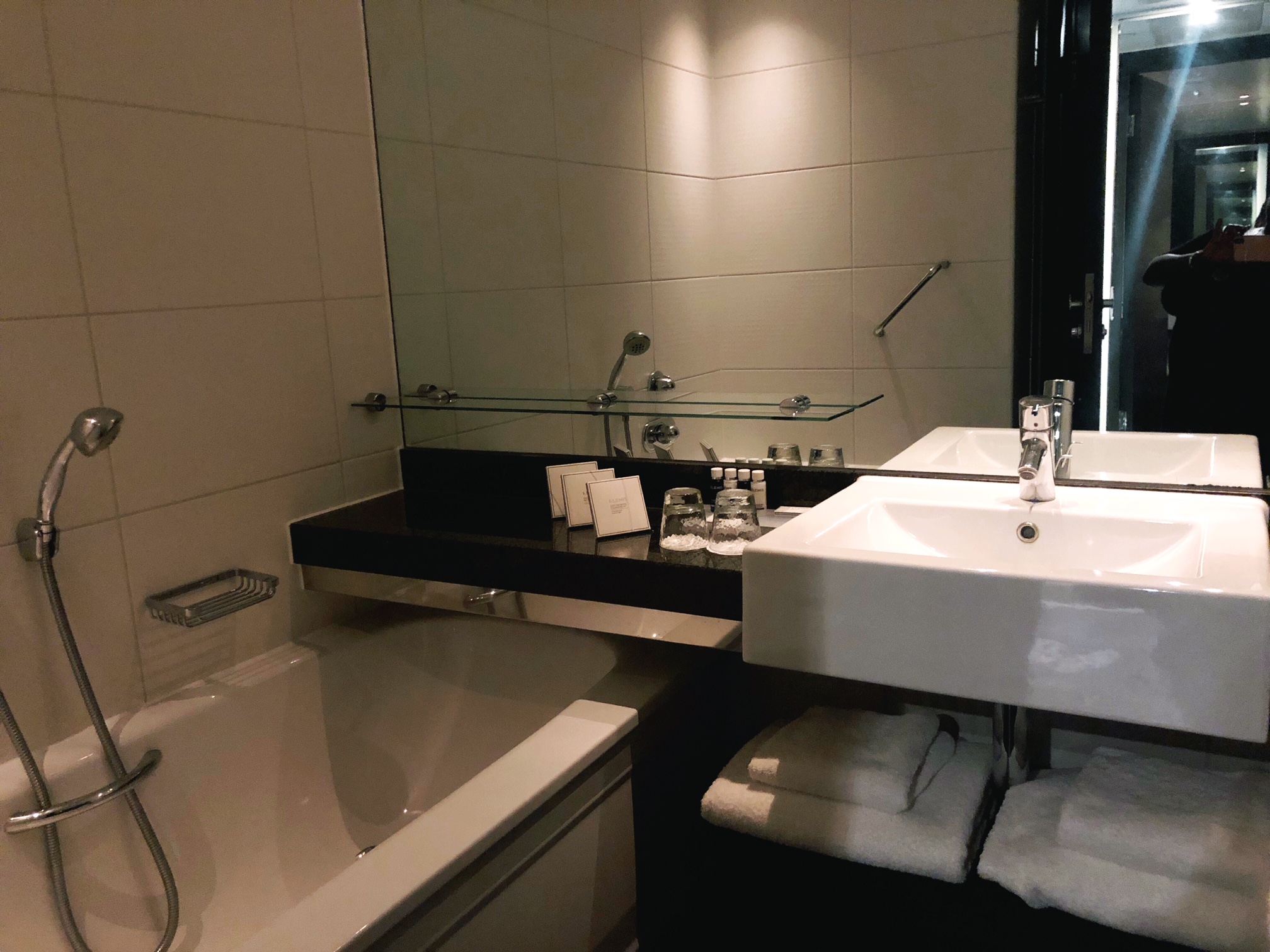 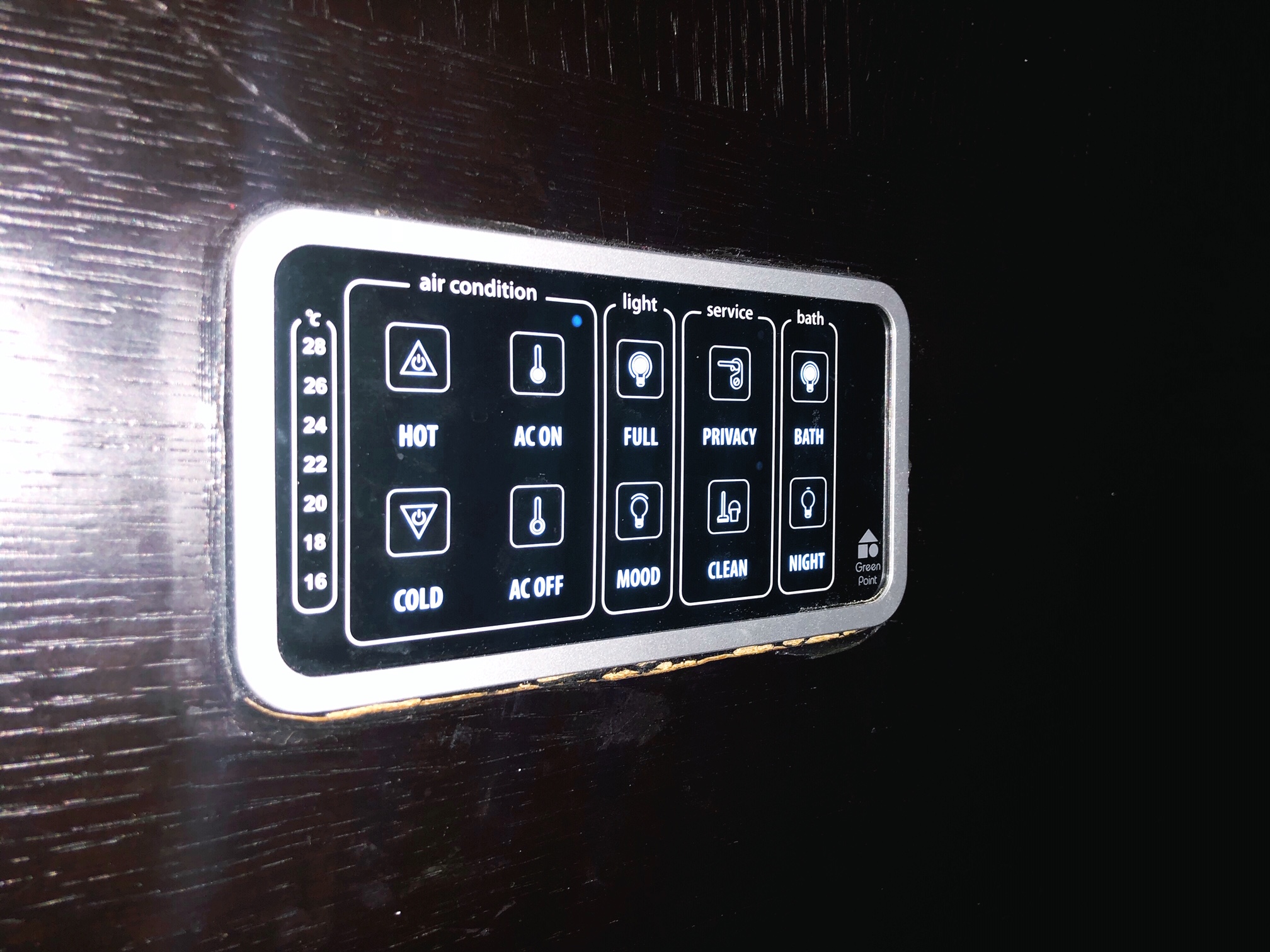 To top it off, it was in the perfect location in central London – on the River Thames, walking distance from Tower Bridge, the London Eye, Westminster Abbey, Parliament and Buckingham Palace. We even walked to Chelsea/Kensington from there (although its a bit of a walk) and to Trafalgar. Again, it was the perfect location. 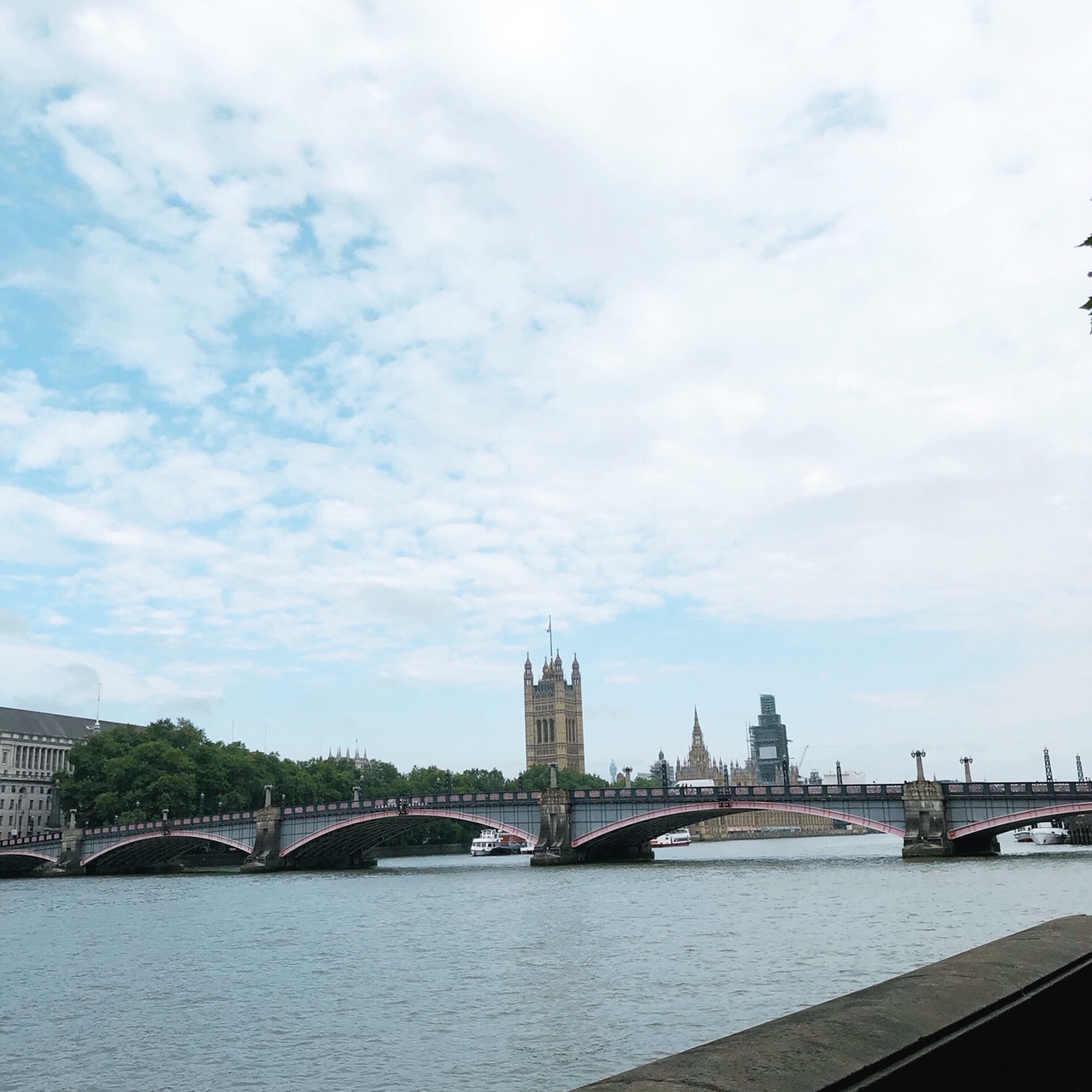 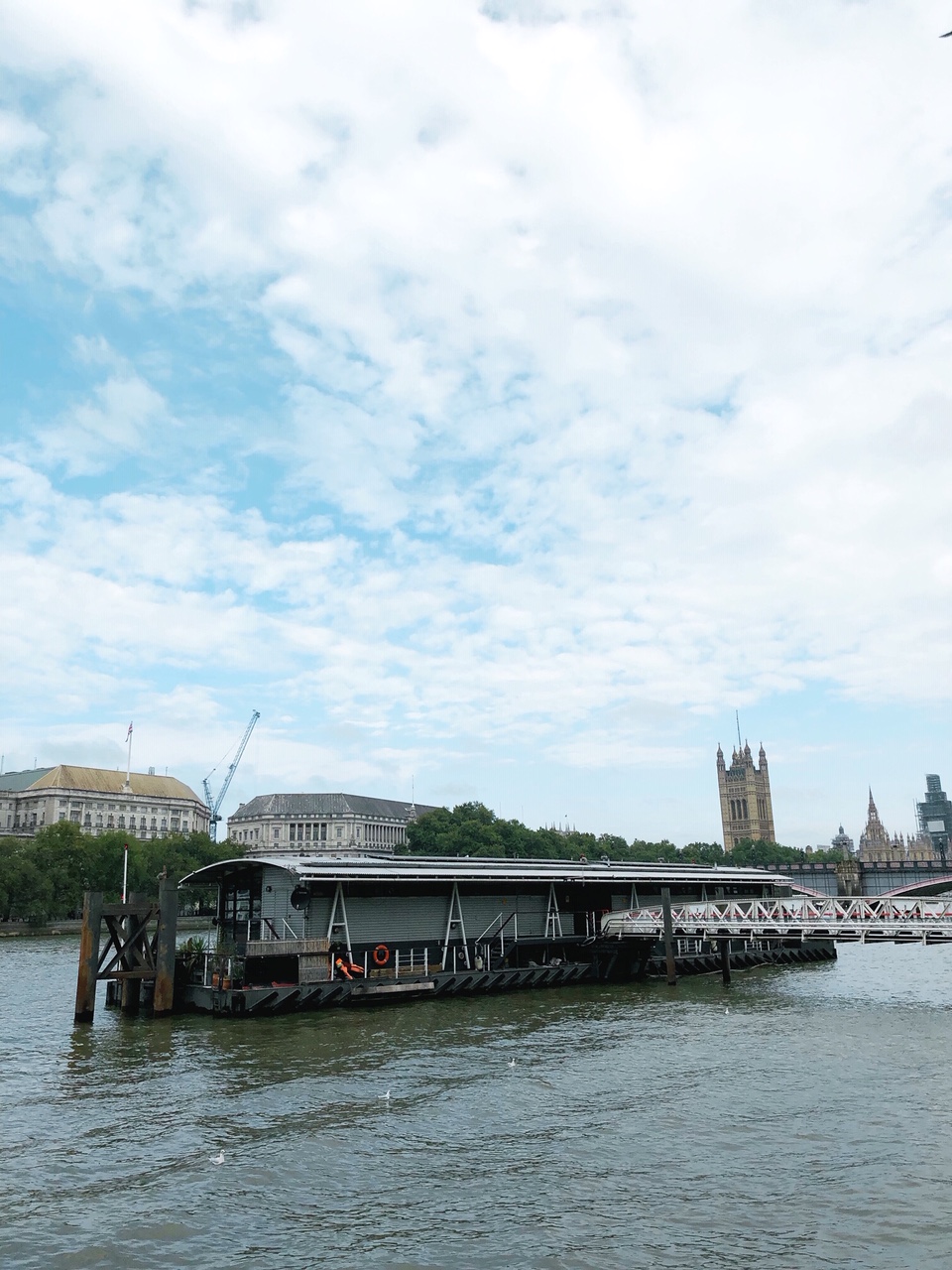 And the fact that breakfast was included was obviously a major selling point. Bonus points that the breakfast was also really really good. Sidenote: Danny and I always try to book places with breakfast included to eliminate paying for one meal during the trip. If you book through one of the travel apps that I use, there are always options available. 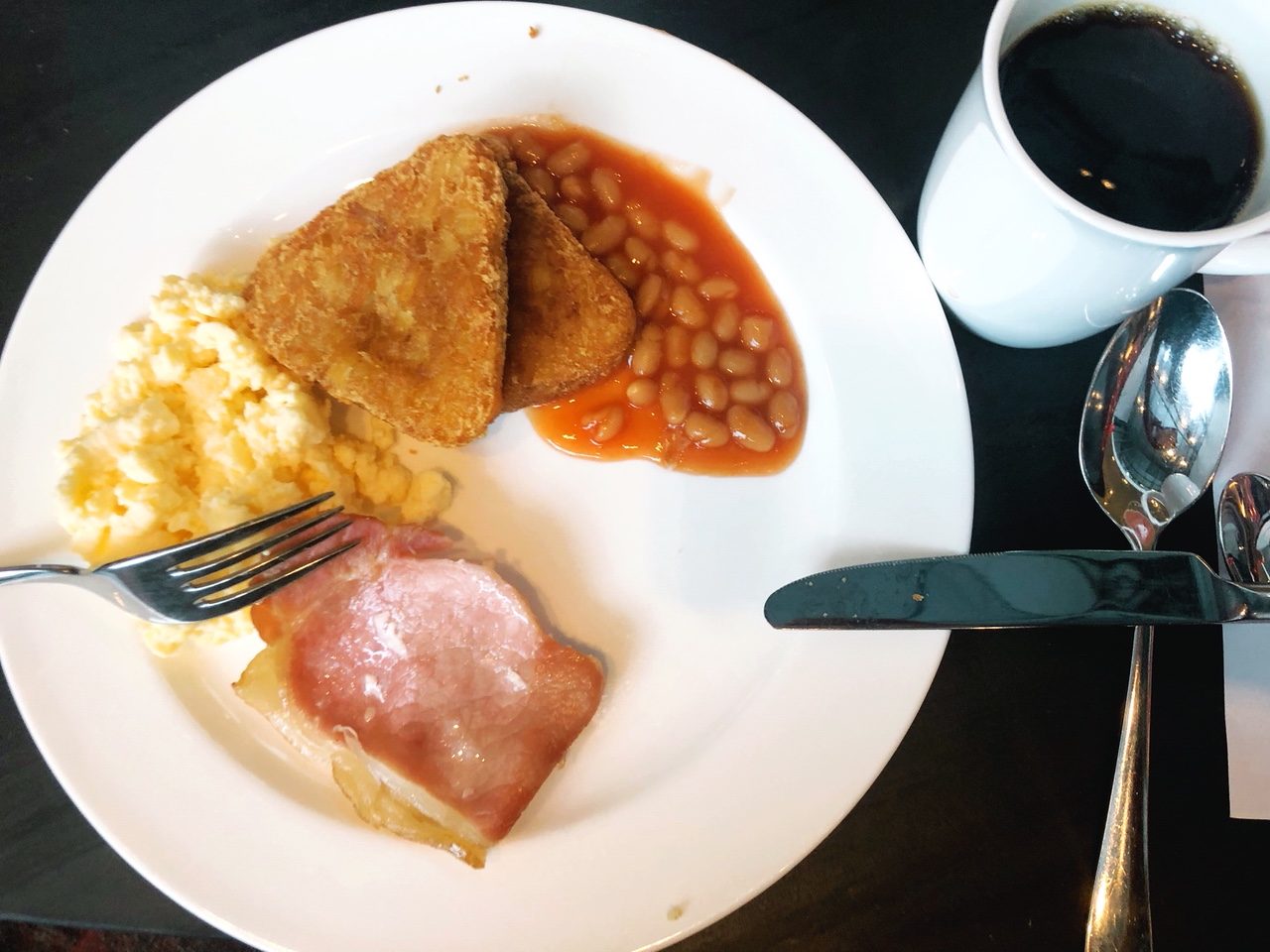 What we did / Things to do in London

We did a lot in the maybe 4 days that we were there and we acted like real tourists trying to hit all the popular spots even though we both had been to London before. Also, I probably walked more in those few days than ever before. We took the tube when necessary but trecked it a lot.

Strolled Parliament and Westminster – these were pretty close to the hotel and Ive seen them before but something about the grandness of the Parliament building just does something to you. We have way too many photos of this and will likely take way too many more in the next week. Westminster Abbey (where Princess Di’s funeral was held) was under construction but I managed to get a cute-ish pic of it. 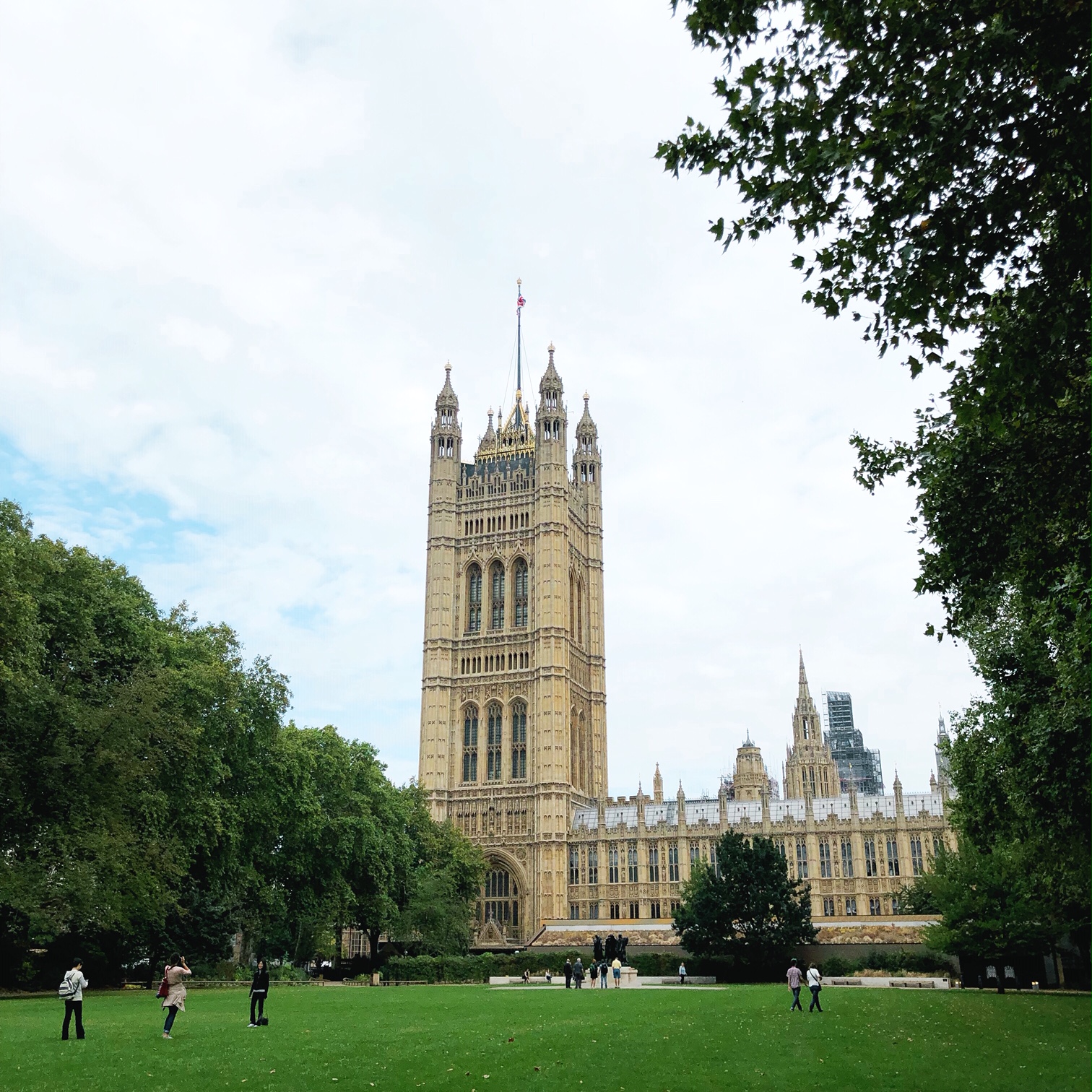 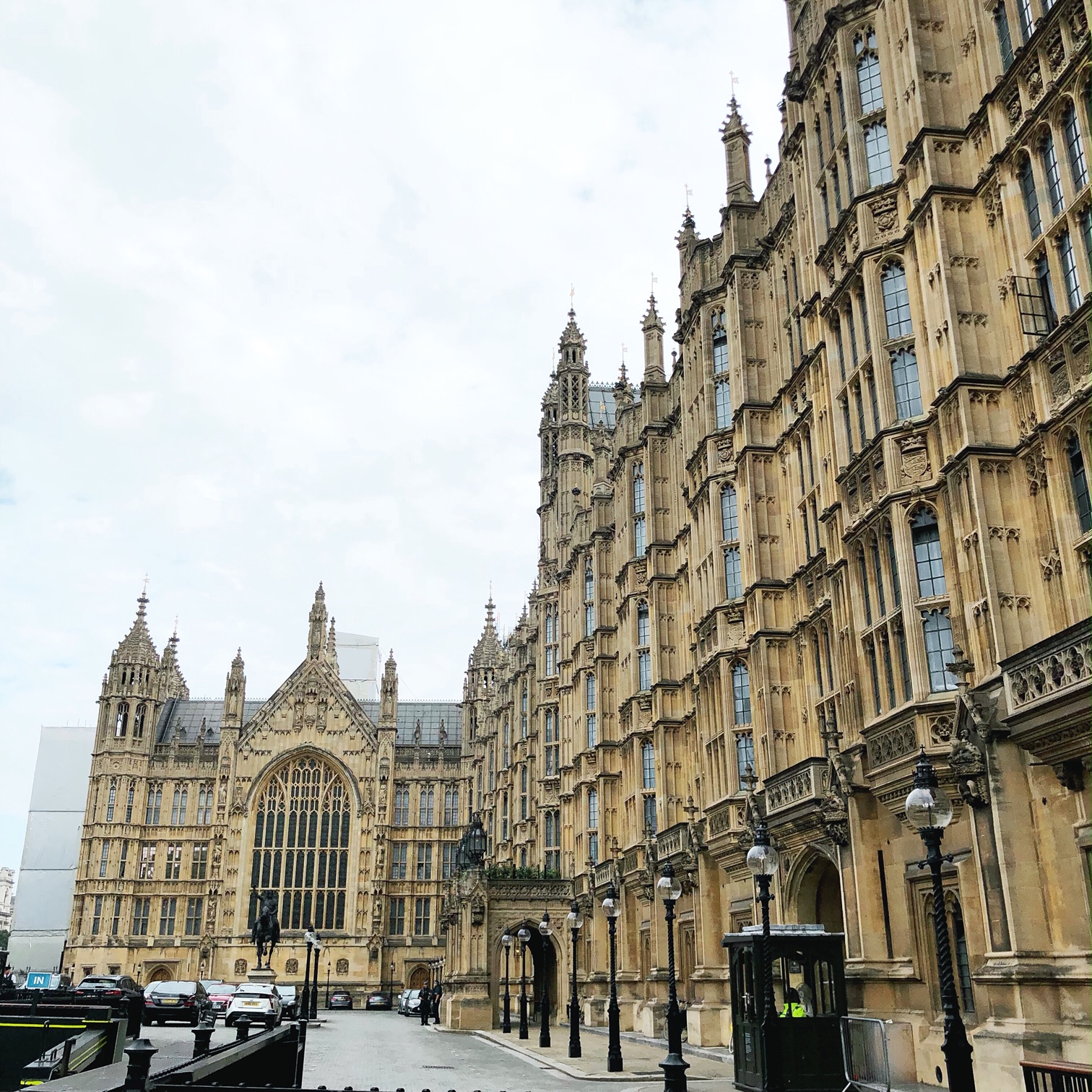 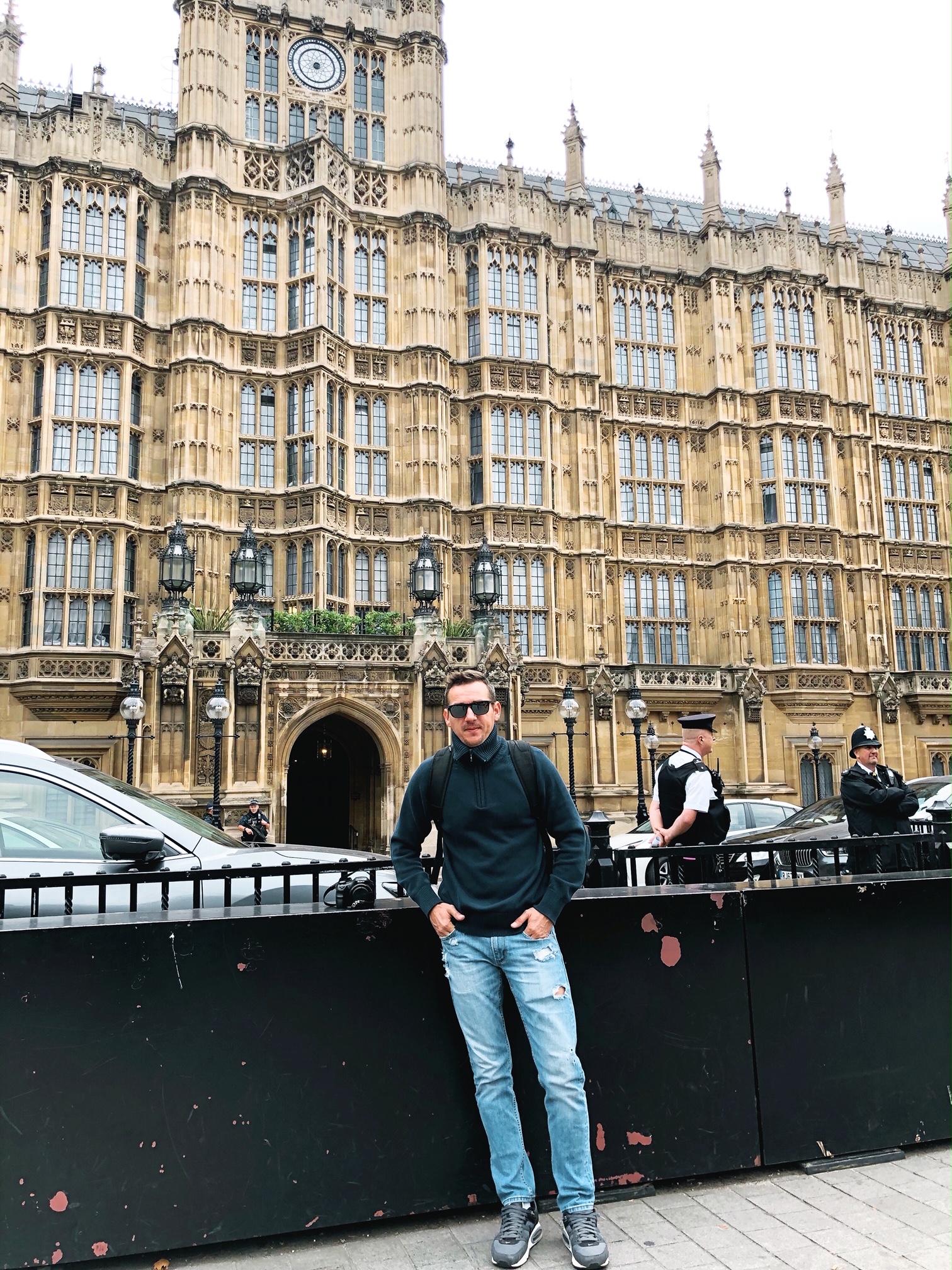 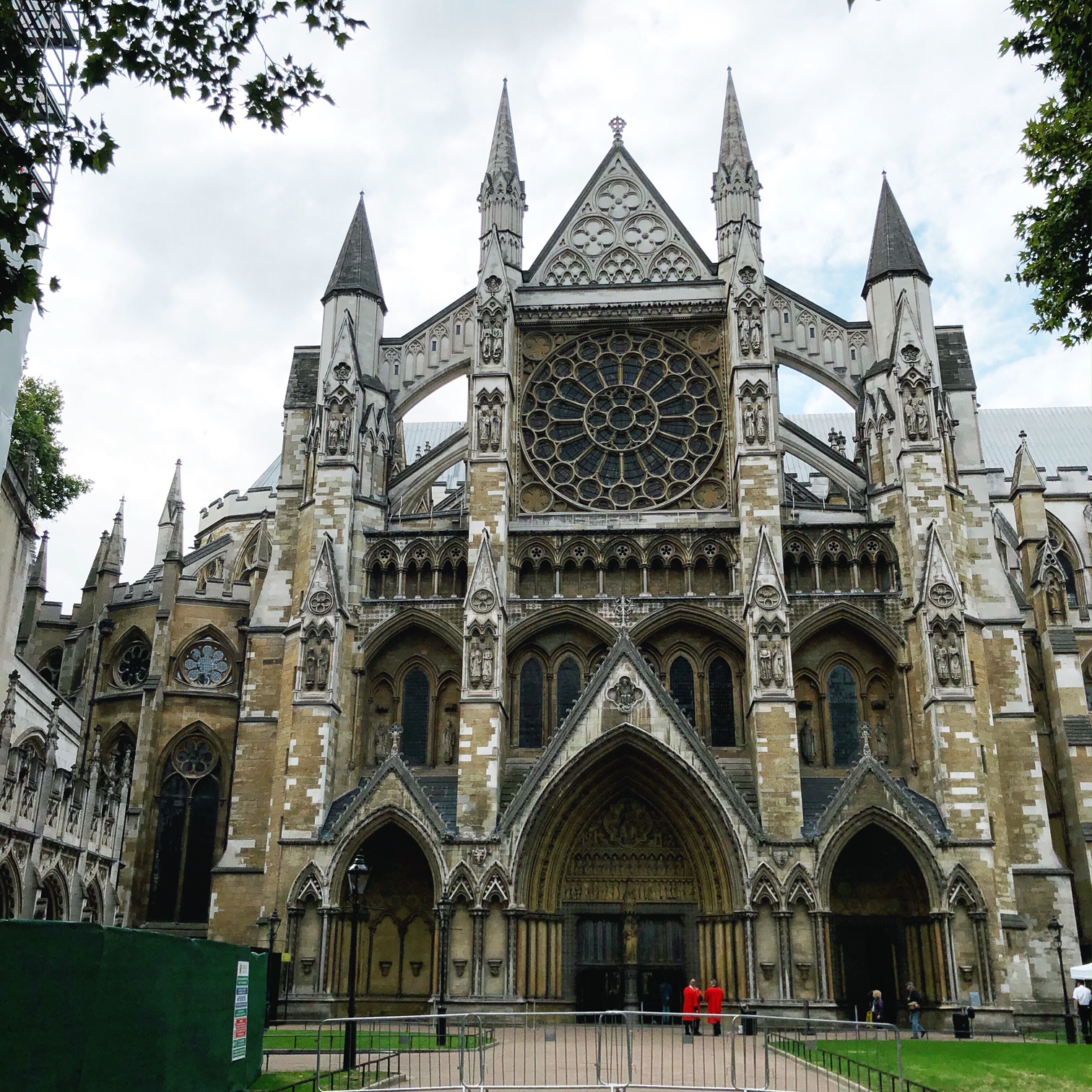 Changing of the Guards at Buckingham Palace – I had never had the luck of seeing the changing of the guard until this trip. And we didn’t even know it was happening on this day. But like the unprofessional blogger that I am, I took tons of video and absolutely no photos of the actual thing. Brilliant.

So here’s a photo of me and Danny standing way too far from the gates of Buckingham instead. 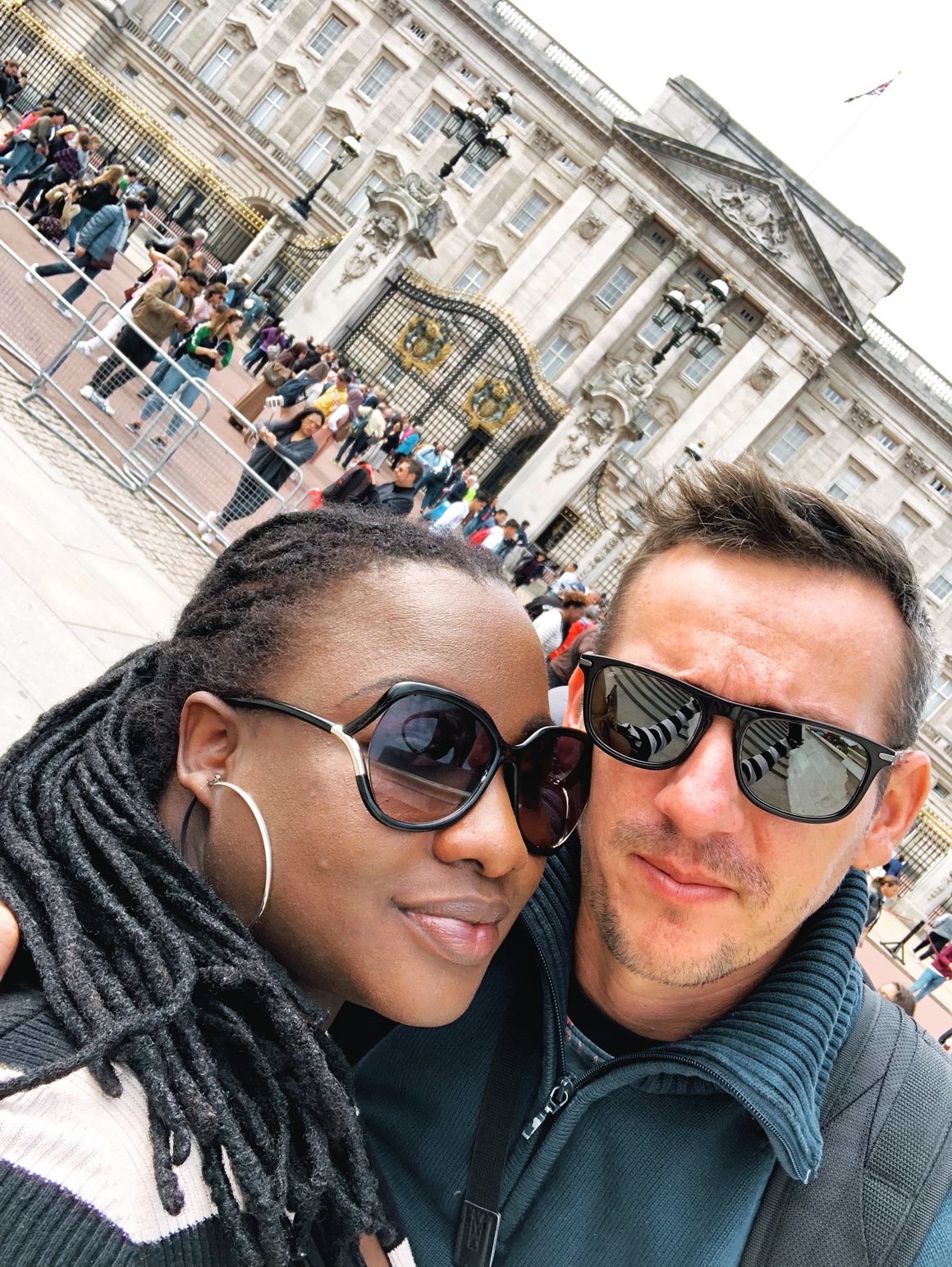 Stroll through Chelsea, Kensington Gardens and visiting Kensington Palace – I love Chelsea London. Love. And Kensington. If I were to move to London I would dream to live there ( I think I watched way too much ‘made in Chelsea’ over the years – also in case you dont know, you have to be basically a gazillionaire to live there so chances of that happening are slim to nil). 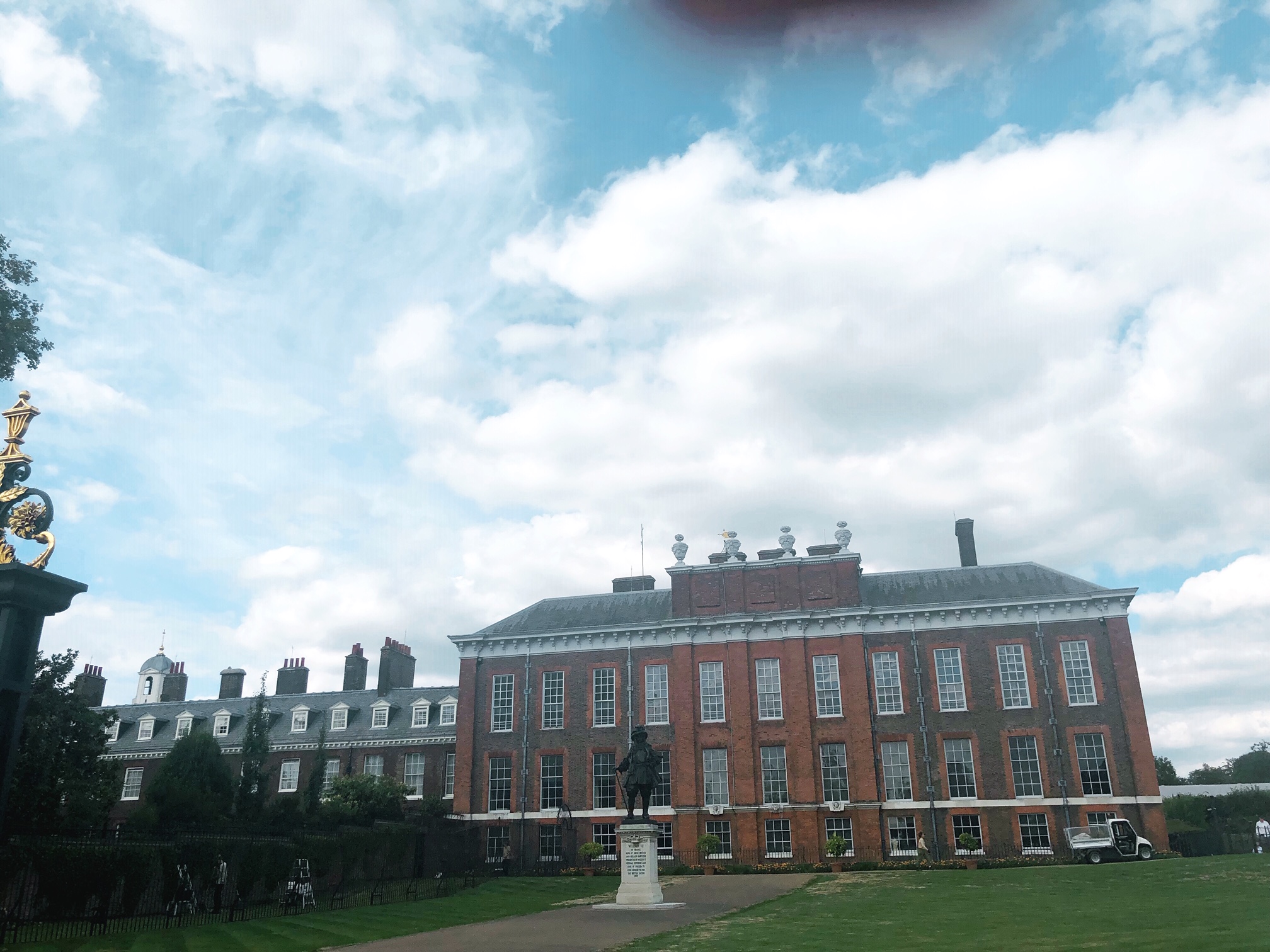 Natural History Museum – Danny insisted we go here. I actually think Ill do an entire post on this because it was just so brilliant (yes I’m secretly a 10 year old boy obsessed with skeletal remains of animals). 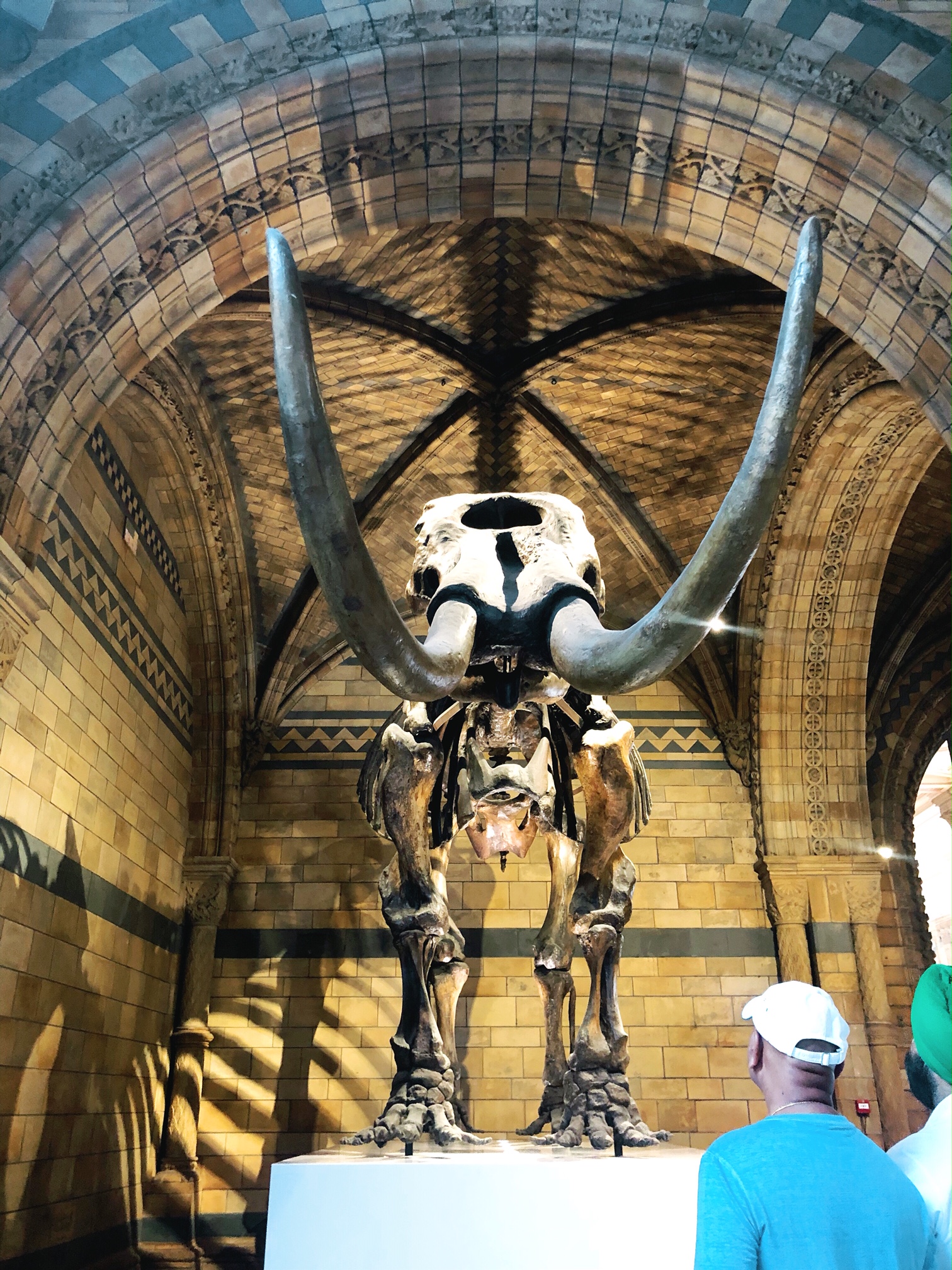 National Gallery – And I insisted we go here. The history buff and art lover in me loves the national gallery. Do I know much about art? No. No I don’t, but I know I love the fact that it holds a bit of history and I will likely revisit over this week. 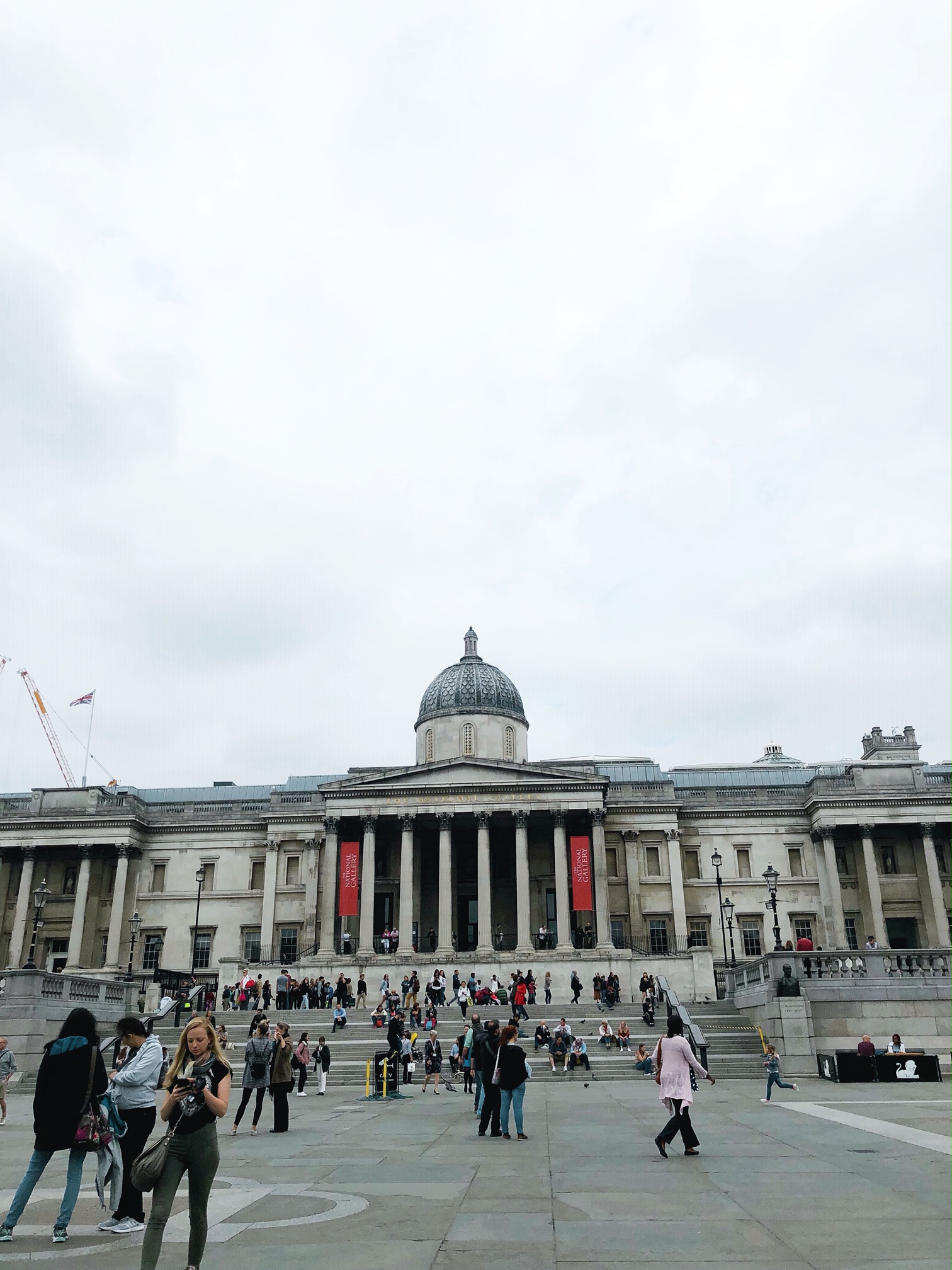 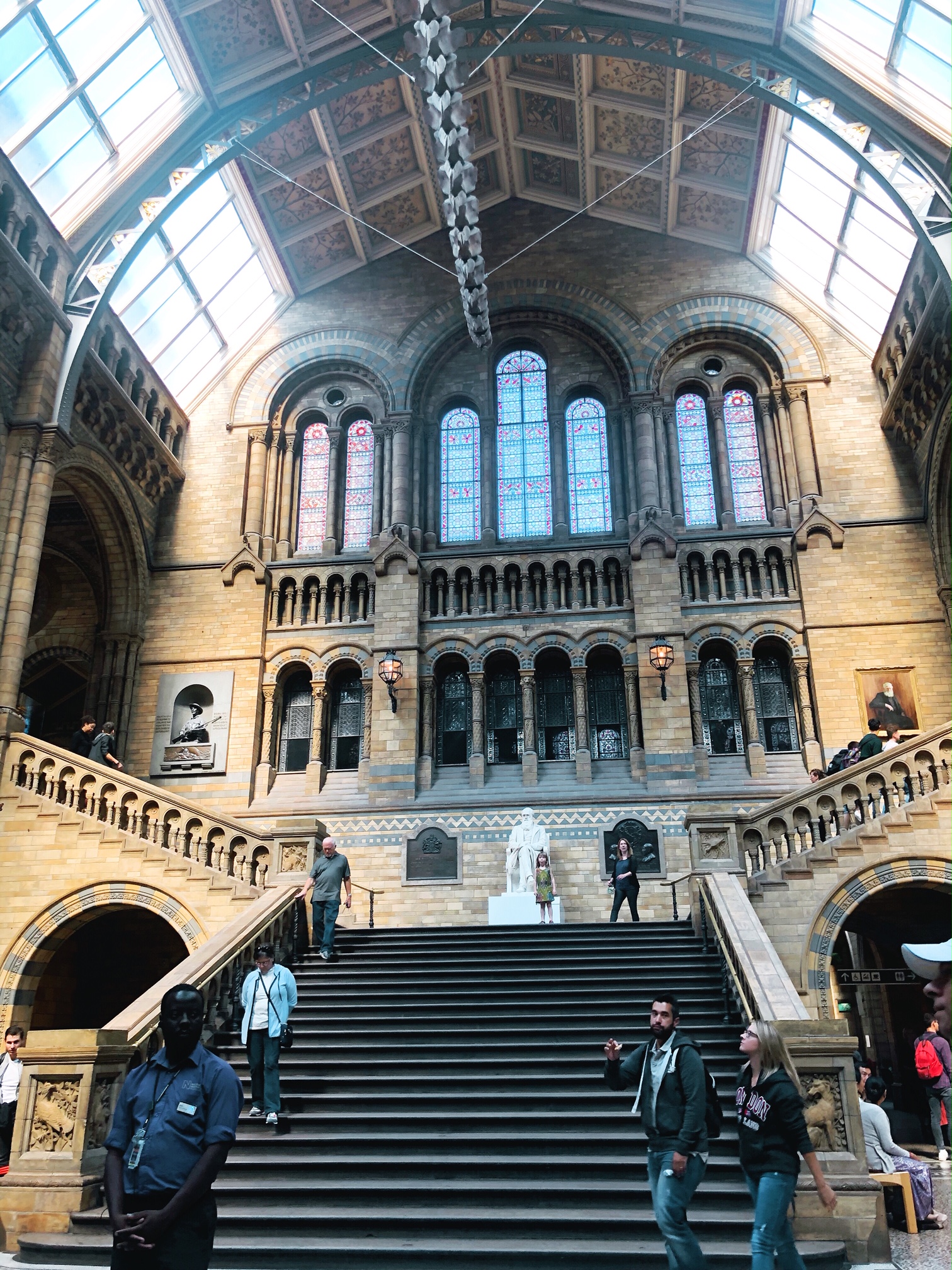 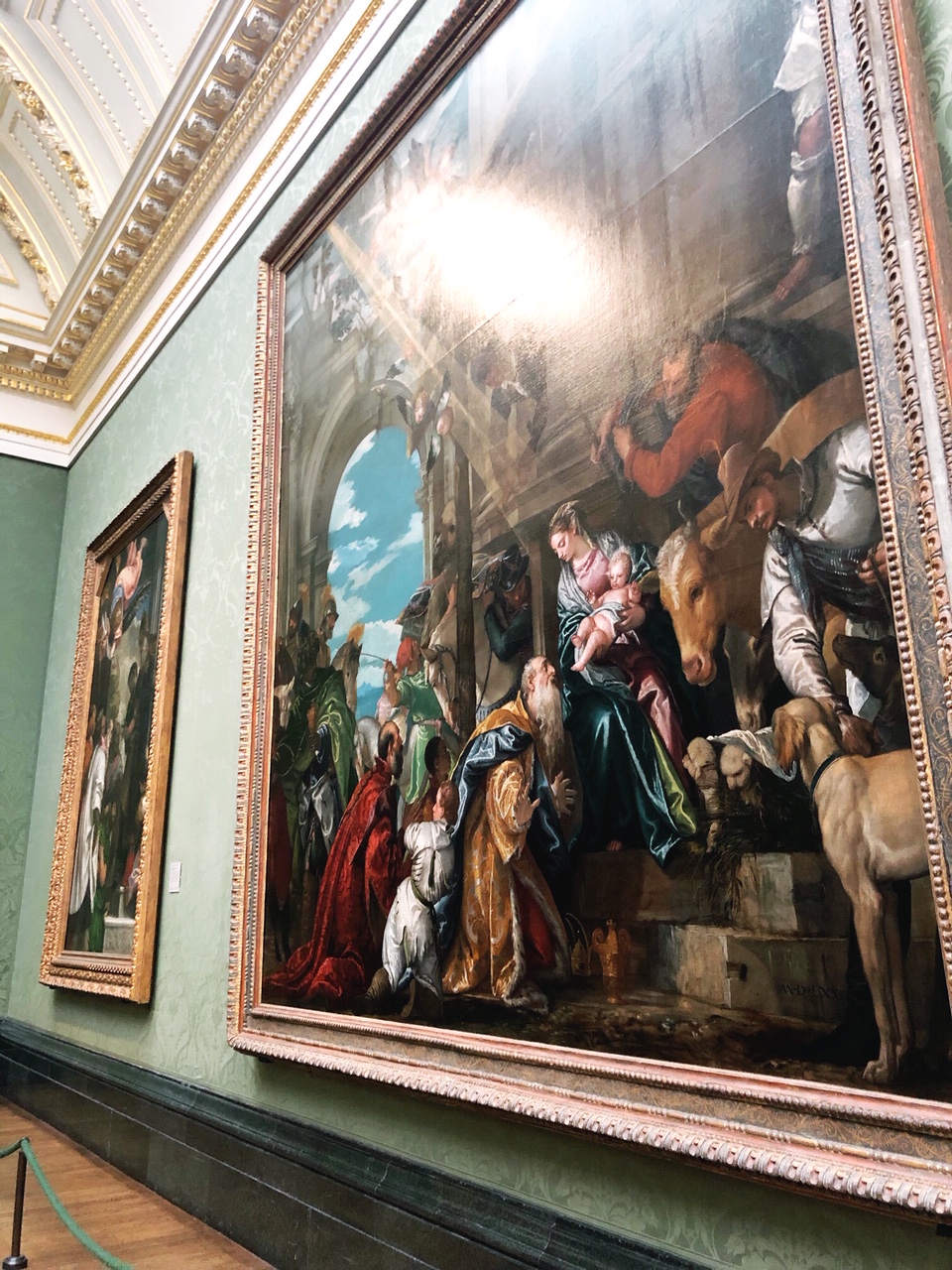 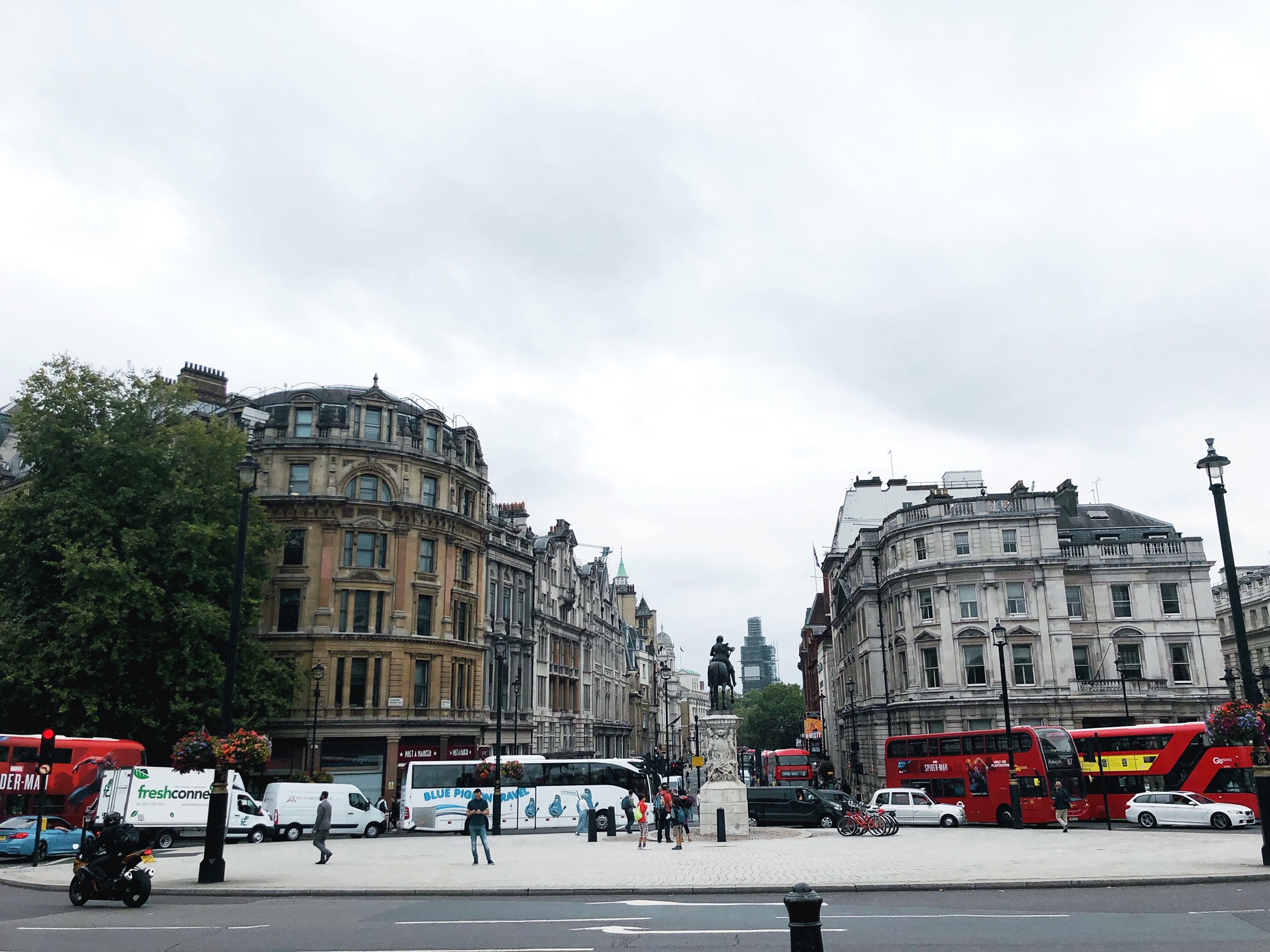 The London Eye – Ive wanted to go on the London Eye forever and Im so glad I got a chance to. I never knew I would love a being in a giant bubble in the sky as much as I did. We took my step son with us and ill simply never get over this view. 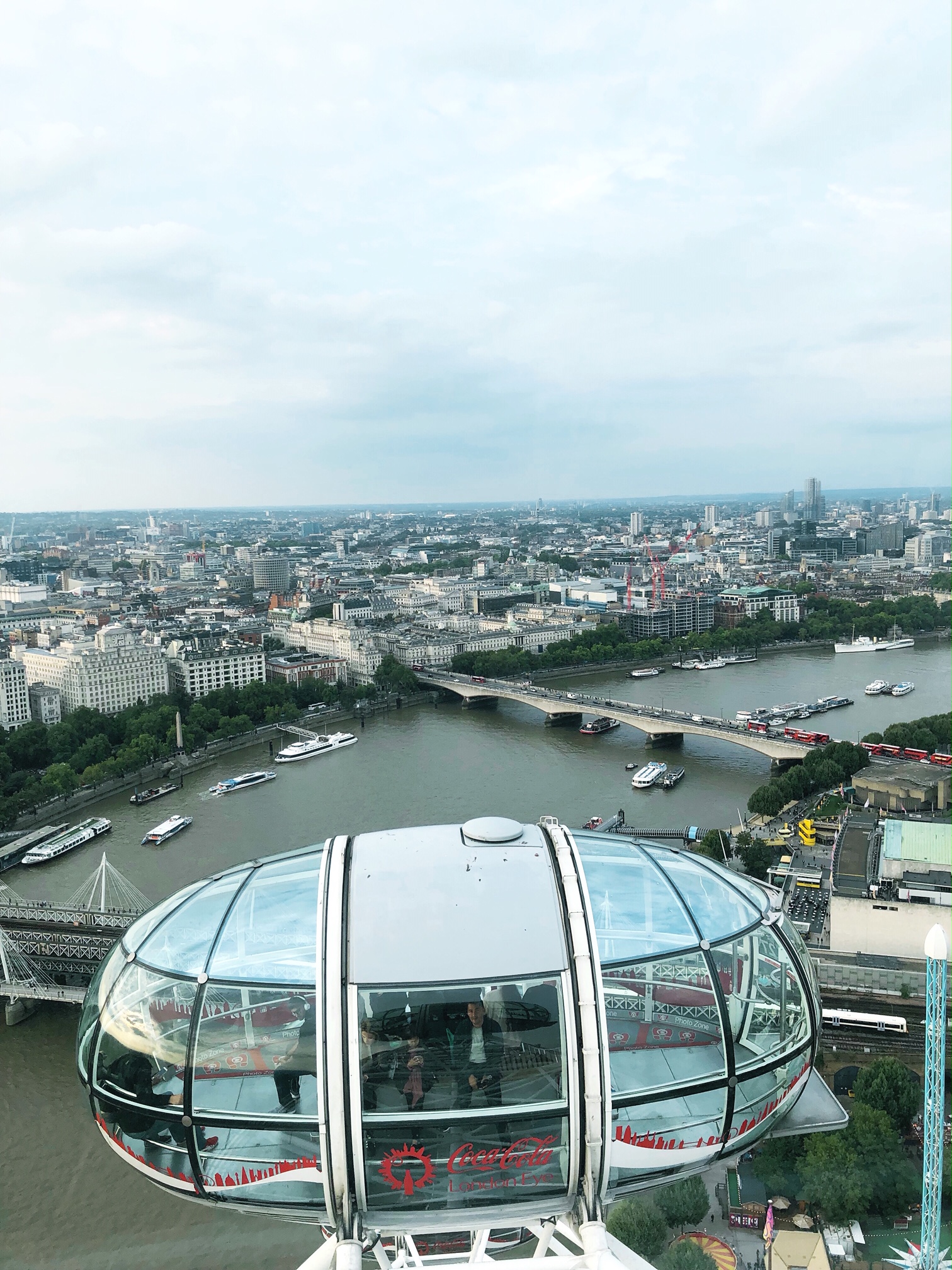 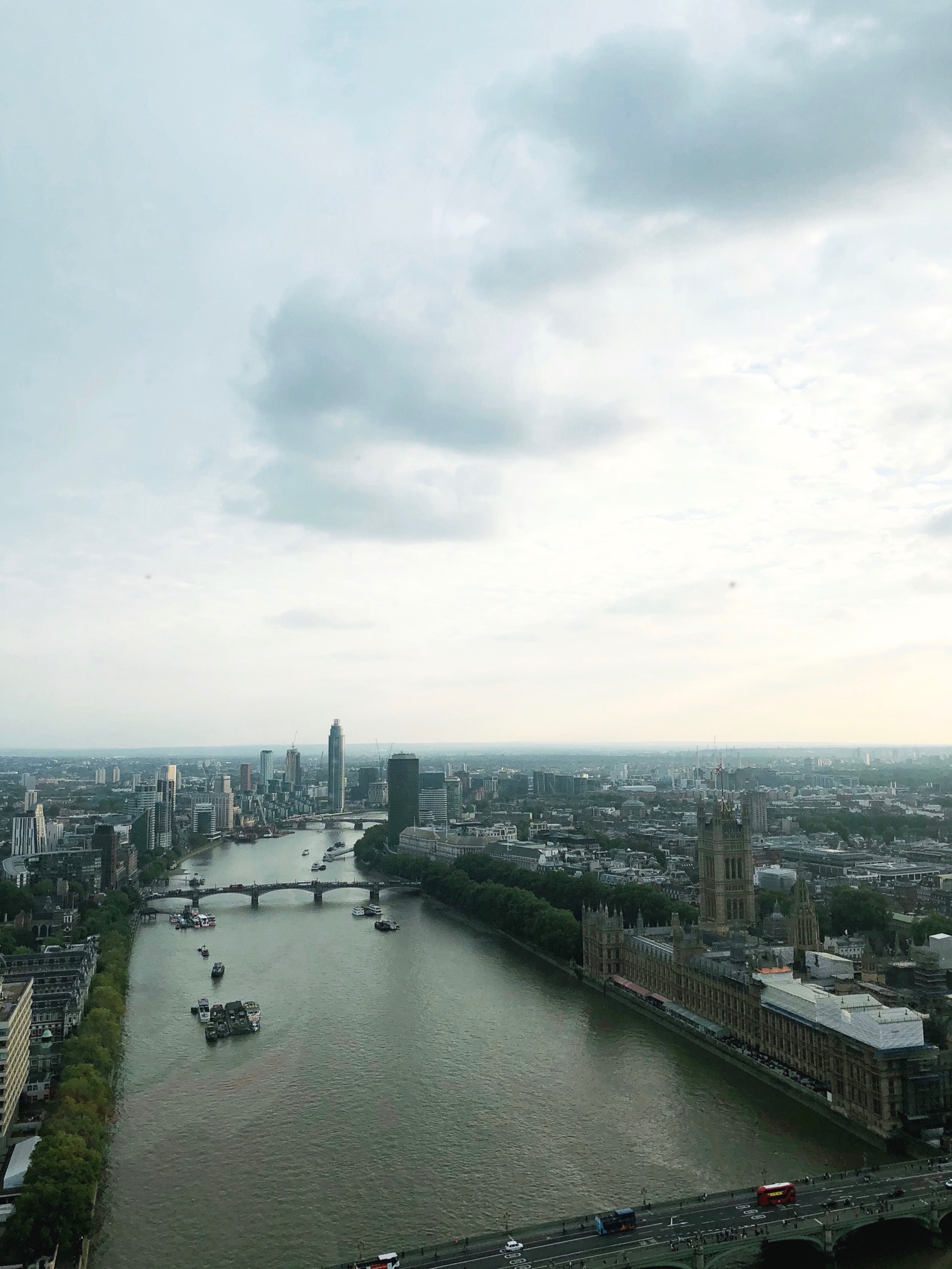 Although this trip was September, it was already chilly and crisp and beautiful. I cant wait to head back there tomorrow. I could not possibly post all of the photos I took (each of these things were meant to be its own post) but I hope you get the gist of it.

I have a long travel day tomorrow (I have a 6 hour layover in Antigua) but I cant wait to update on this trip. Seeing as I haven’t even finished blogging my honeymoon in Greece or our road trip through Romania so who knows when that will happen. But it will. Some day.