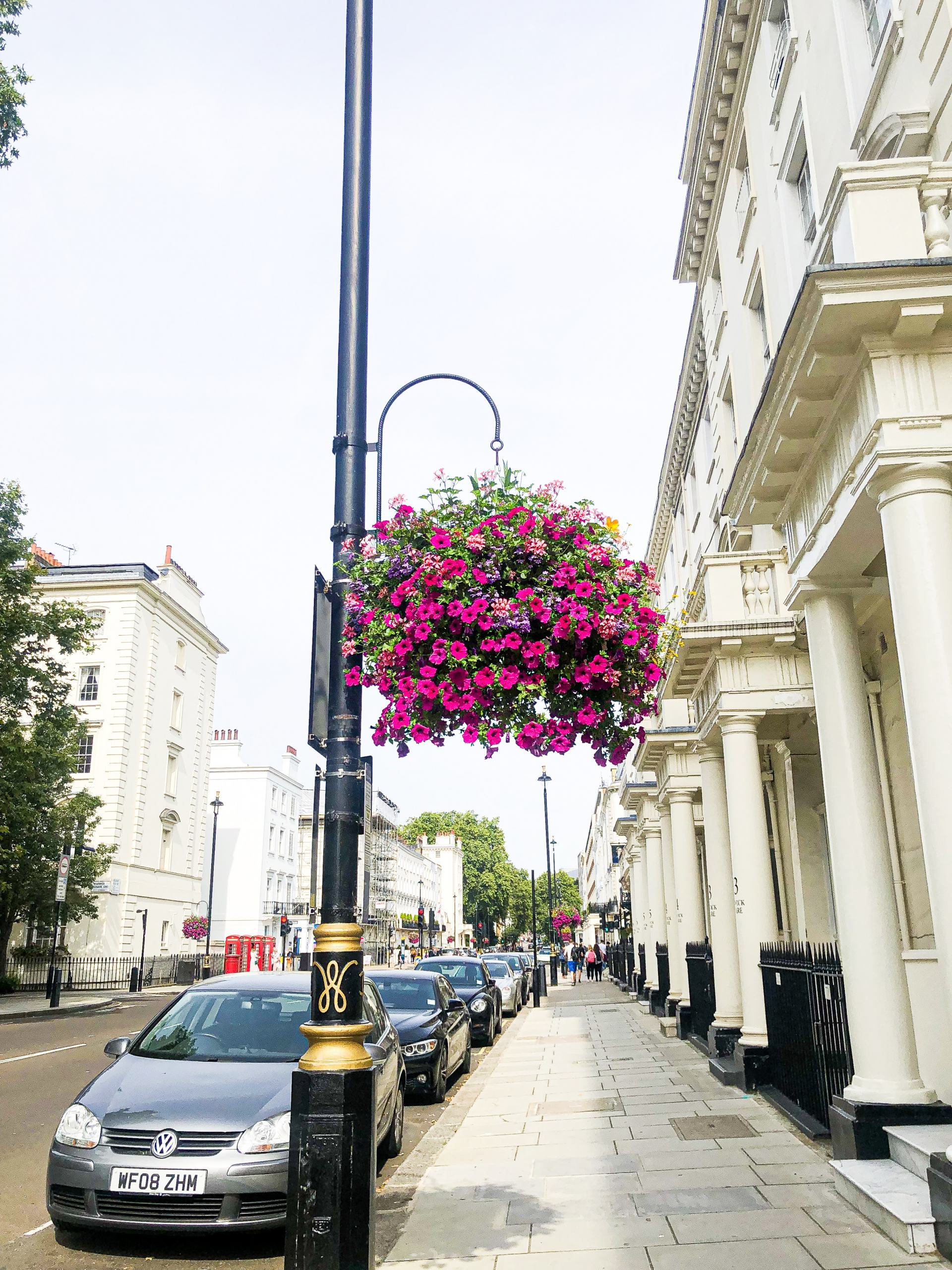 Last month we went on our hopefully yearly trip to London Town and stayed at the Hutton’s Boutique hotel. It’s no secret around here that I love London. I’ve been quite a few times now and Danny and I really enjoy wandering around those central London streets. There’s talk of retiring there, but it’s an expensive place to live.

Last year when we went, we managed to score the deal of a lifetime and stayed at the swanky Park Plaza Riverbank – right on the Thames. Basically, location gold. Since we books this trip on a whim, we weren’t so lucky. Enter Hutton’s Hotel in London. We found a deal in a great location (which is the most important thing to us) but it wasn’t the perfect hotel. Cute, exactly what we needed, but not Park plaza for sure.

The Hotel is located in Pimlico, a really lovely – and quite typical- central London neighbourhood. For those of you who know London, the street that the hotel was on could well have been in Chelsea or Kensington (some parts of it at least), it was so lovely. There’s just something about a street filled with old Birtish rowhouses that makes my Europe loving heart smile.

And so it was a very picturesque street, with houses and hotels, often quite indistinguishable, lining the street. 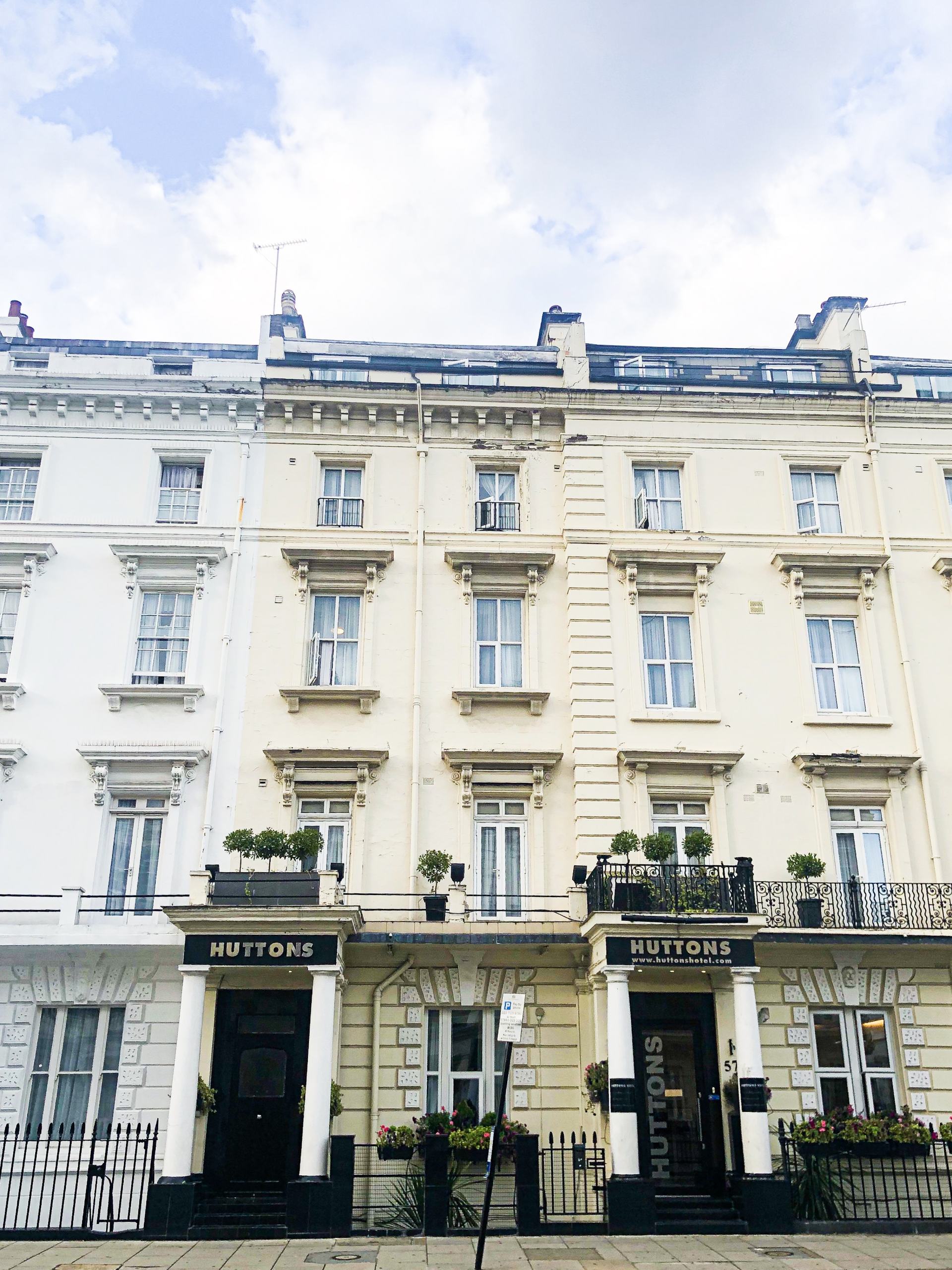 Although I’ve been to London a few times, I took a double decker bus for the first time on this trip (i only ever used the tubes – subway for the US folk – and cabs in the past) and that was 100% because there was a bus stop a few steps down the way from the hotel. I cant tell you how ideal that was. It was the perfect opportunity to take my first bus trip.

Also, it was super close to the tube and walking distance from Victoria Station (we walked to and from Victoria station with suitcases when we arrived and were leaving). 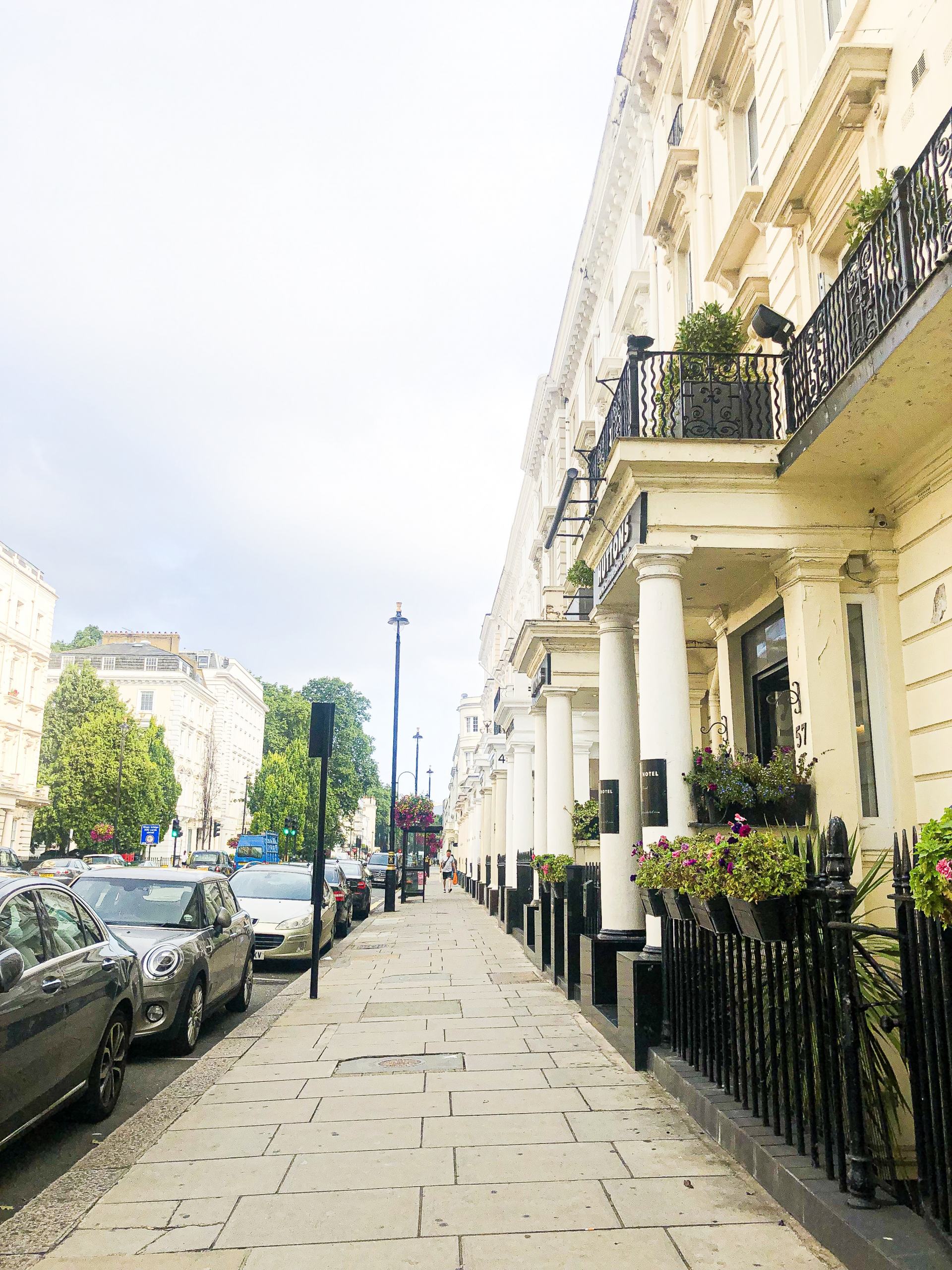 From Pimlico, we were able to walk to the Thames, Buckingham, Kensington, Westminster, parliament, Trafalgar etc. In the interest of full disclosure though, I will say that if you do consider making the walk to Buckingham and Kensington and even to very central London, just know that it is a long walk that may or may not be brutal. Possible, but brutal. (Sidenote – really do not attempt it after a 12 hour flight, 1 hr train ride and10 minute walk to hotel – I was crying that first day as I waited for our room to be ready. We landed at 9 and the room wasn’t ready til 1. I walked entirely too much and was done.)

If you’re not a fan of walking, take the tube. But again, its doable. I did it several times.

The location is what sold us on the Hutton’s Boutique hotel . Point blank. The room was nothing to scream home about to say the least. Was it terrible? No. It had what we needed but that’s it. The hotel isn’t very large with maybe 20 rooms maximum, and its in central London which is notorious for its lack of spacious rooms, so it was expected. Again, it was no Park Plaza and Park Plaza spoiled us.

We got a bed, two side tables, a kettle, in room tea and coffee and a bathroom. 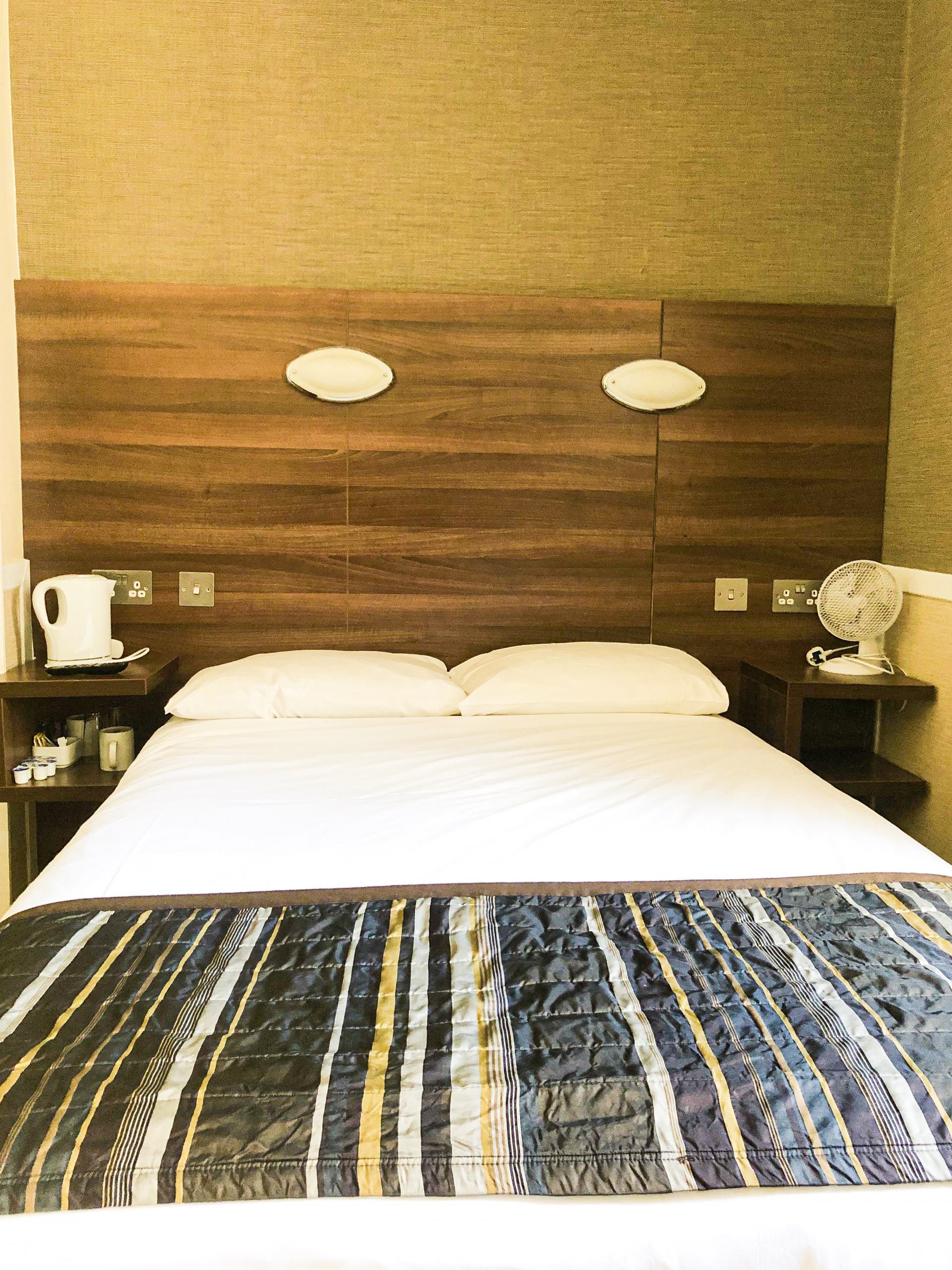 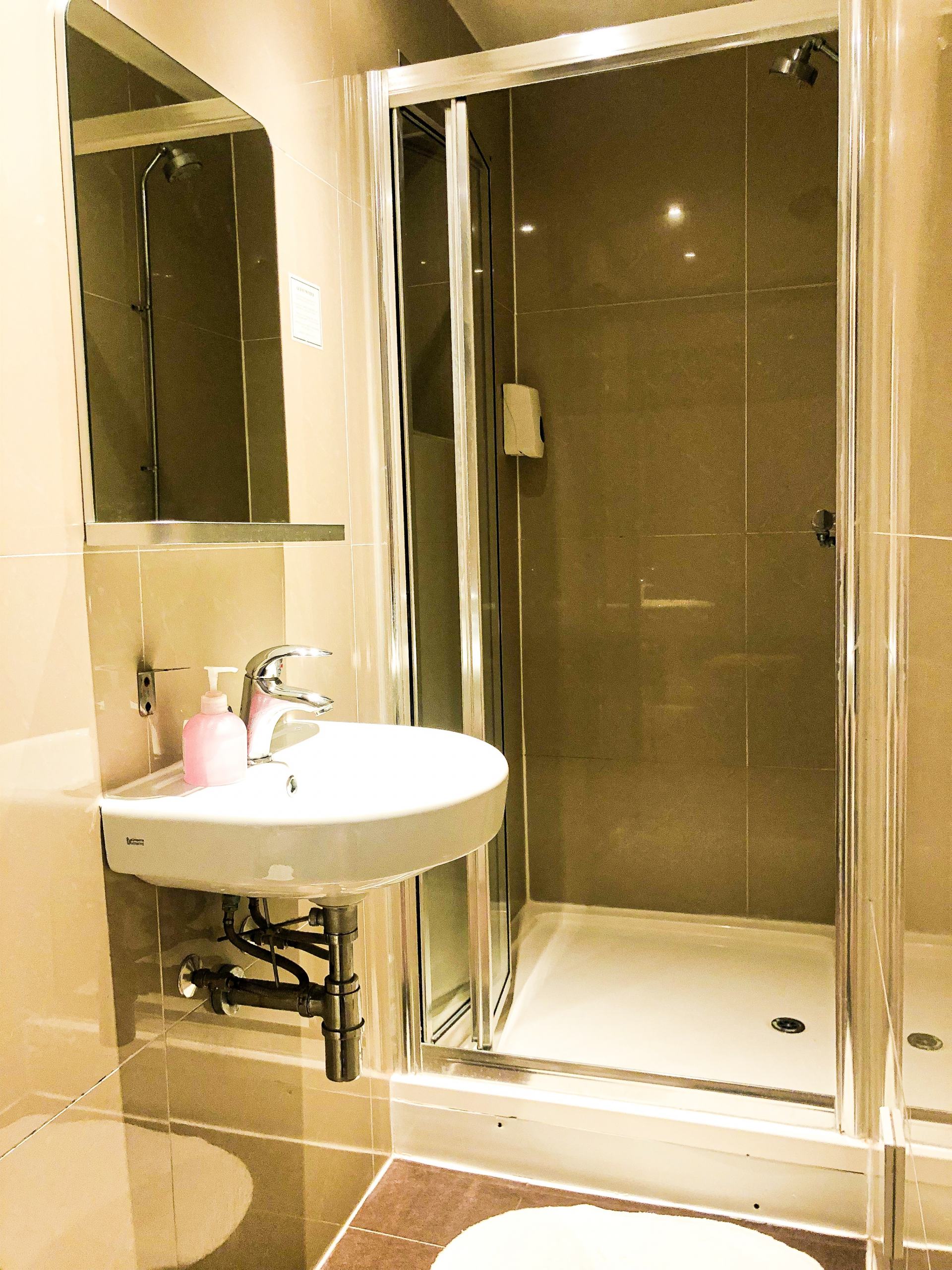 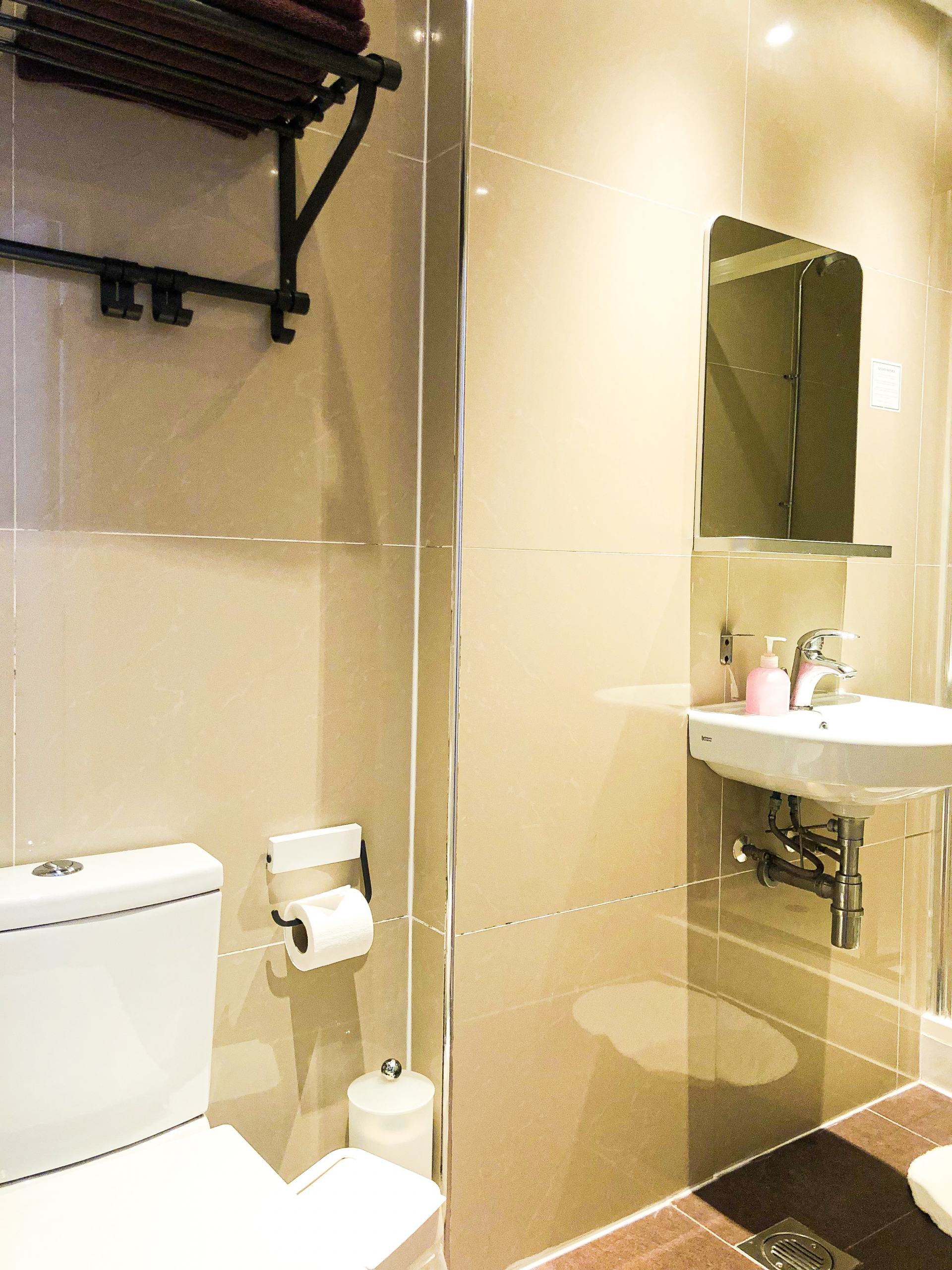 I will say the room was extremely clean, looked renovated and honestly, we were fine.

One big downside of the hotel was that there was no in room AC. Now it didn’t end up being too bad for us since although we went on August 1st temps were already dipping to lows of 13 degrees celcius (55F). I know crazy. I imagine though that during the heat wave, a room with no AC would be brutal.

We did manage also manage to get breakfast with the room which was great! All in all, we really enjoyed it at Hutton’s Boutique hotel .

Have you ever stayed at a boutique hotel?