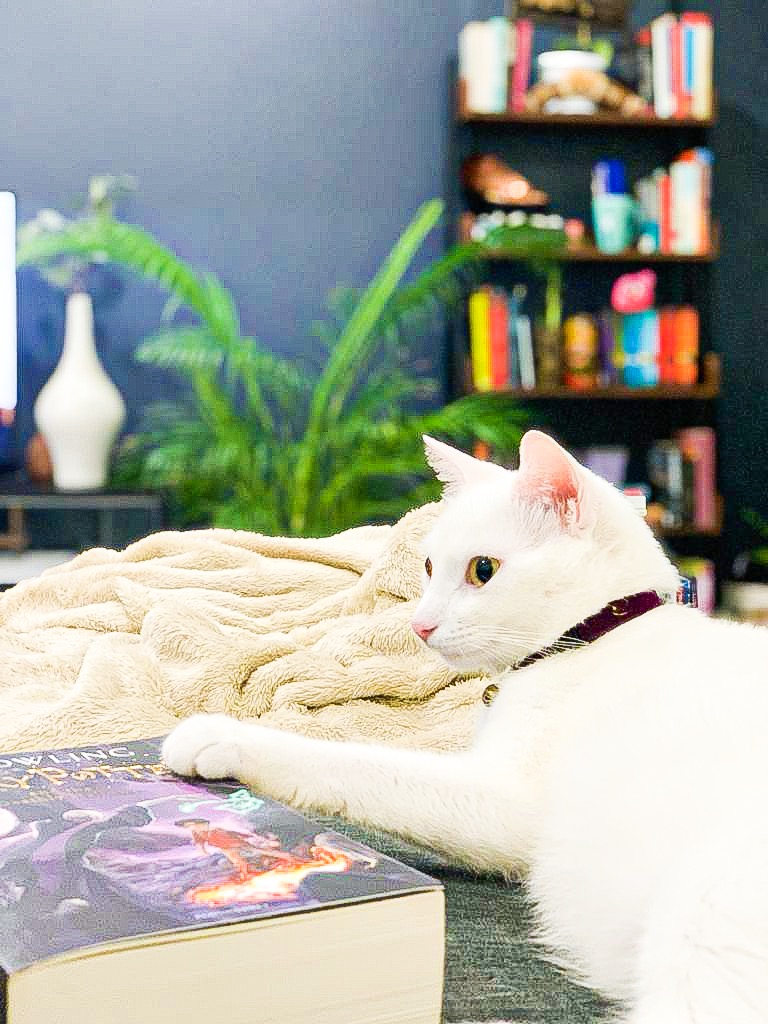 It’s the last official reading post of the year (with the exception of my favourites of the year post this coming Friday). That flew! I passed my Goodreads goal of 80 books, currently at 89, so we’ll see where I’ll be at the very end of the year.

Ok on to today’s books. I was recently declined a few books I really wanted from Netgalley. Its hilarious because I fully accept that they were right to decline me … I don’t think I’ve reviewed one Netgalley book in a while. I had (have) several unread Netgalley books; some, embarrassingly, are from last year. I’ve absolutely neglected my Netgalley stash in favour of books I just wanted to read in the moment. Nothing is wrong with that of course,except that I kept requesting Netgalley books and not reading them so I have a virtual stack that’s piled high. So … this month I (for the most part) focused on Netgalley.

Spoiler – I’m not even close to clearing out my stash.

Anyway, these are the books I’ve been reading lately: 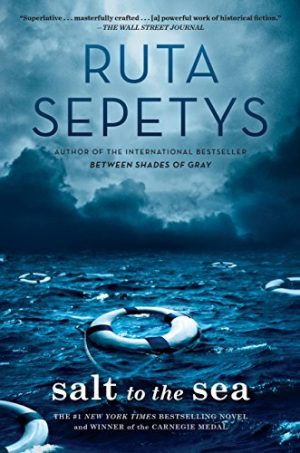 Sale to the Sea ~ Ruta Sepetys

This book….. wow. This is the sadly ironic story of WW2 refugees who risked their lives to get to the Wilhelm Gustloff – a ship that would take them away from the war. Most of story follows four main characters who in some cases unwillingly journey together to get to the WG. As the synopsis states ‘Just as freedom is within their grasp, tragedy strikes’ and they must fight for survival when the ship sinks. What a tragedy.

While fictional, this story was based on true events. The sinking of the Wilhelm Gustloff lead to an estimated 9400 deaths. It remains the largest loss of life in maritime accident ever (way worse than the titanic) yet many don’t know about it. 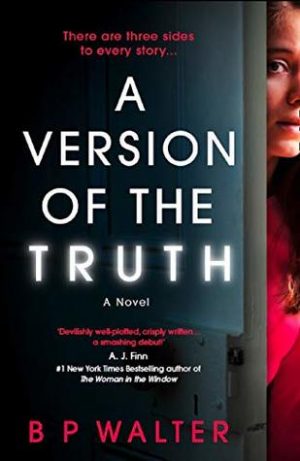 A version of the truth ~ B.P. Walter

Two narrators; two timelines. The story is told from the perspectives of Holly, a freshman at Oxford university in 1990 and Julianne, a privileged Oxford grad married to her college not-so-sweetheart, in 2019. Juliannes’s life is rocked after her son discovers her husbands files in a personal Dropbox. It’s very clear early on that their stories are interwebbed and that what happened in 1990 directly affected the present day. As the story of 1990 unfolds, the reader begins to discover what is happening in 2019.

It was interesting to read about the dark and twisted lives of these now privileged adults, future and present pilars in society, involved in debauchery. The book touched on some pretty big topics in very graphic ways: Rape, sex, human trafficking, abuse of power and privilege. It’s not the thriller I expected, but it was a good story. 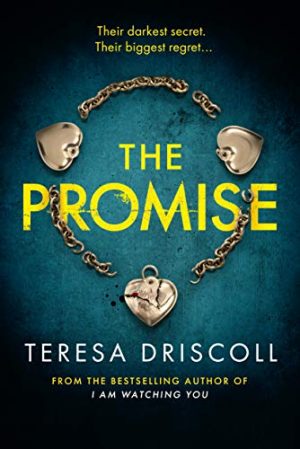 Three friends made a promise to keep a dark secret while young teenagers in boarding school. Now adults, something happens that causes their secret to be threatened.

While it was a slow burn to get to the secret, it still kept me interested. When things picked up about halfway through it was fast (shorter quicker and cliff hanger chapters) and I couldn’t put it down. The characters were all flawed and well developed. The story made sense and the end was practical. 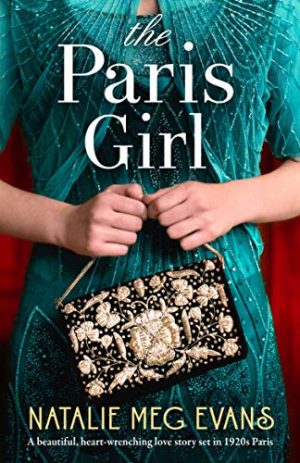 Tatiana and her family, former Russian royalty, were banished from Russia and now live in Paris. Settled in Paris in the 1920s, Tatiana is engaged to a aristocrat whose brother also has an unhealthy obsession with her. She soon learns that her fiancé would be willing to ruin her to save his reputation. The story follows the story of her ruin and her attempt to piece her life back together.

I love that this historical fiction is not set in a war circumstance but in Paris during a relatively calm period of European history.

It wasn’t the most fast paced of novels, but it was enjoyable and that cover is so beautiful! 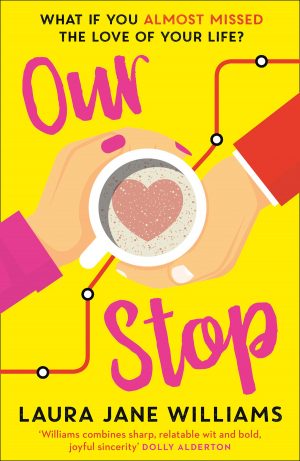 The concept of this book was really cute. Two daily commuters. One newspaper column called ‘Missed connections’. A post directed to ‘the cute girl with the coffee stains on her dress’ and what ensued was a whole lot of cuteness.

Truly a cute concept (how many times can I say cute… it was cute). That’s simply the best description.

I enjoyed the alternating viewpoint of Nadia and Daniel. And I enjoyed the sub plots with Nadia’s best friends.

But… It didn’t have to be that long. At all. 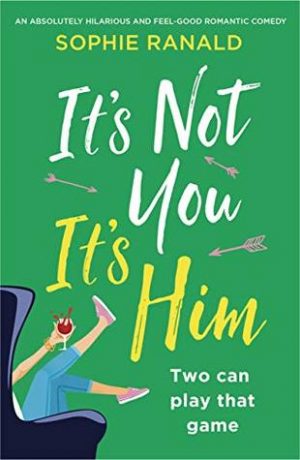 It’s not you it’s him ~ Sophie Ranald

This RomCom follows a London girl on a mission to get the ex back. Tansy is a fashion buyer for an online realtor and she was recently dumped by her ex Renzo. She plots to get him back. Her plan to get him back has her realizing maybe it wasn’t him she wanted or needed.

I really enjoyed the characters in the story. I also generally love stories set in London because I can feel the vibe of the city as I read. I know the streets they’re walking on, what the bars they’re speaking about might look like and it’s my favourite city on earth so why wouldn’t I love it?  I will say that it was a bit wordy, the story jumped a lot and there were a couple major storylines to follow so as you’re getting into one storyline another would pop up and you’d have a long wait to find out what happened in the earlier story. Still it was cute. 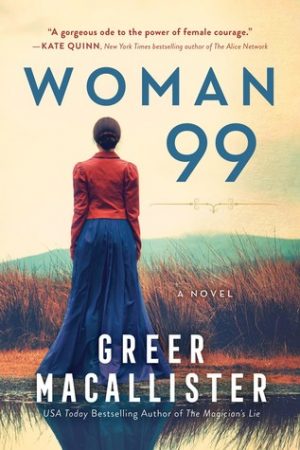 The story was set in the late 1800’s in San Francisco. A woman named Phoebe from a wealthy family is sent to a mental asylum for women who were ‘mad’ (as they described them), were nuisances to their husbands and families or just didn’t conform to the standards of what a woman should be. Her 20 year old sister Charlotte, betrothed to a wealthy man she didn’t love, creates a plan so that she could also be admitted to the women’s asylum – her aim, to get her sister out. She became labeled woman 99.

The operation of the mental asylum were well researched and while the story was fictional, the ‘treatments’ were actually used in female asylums in that period. The characters drove this story and I really enjoyed it! 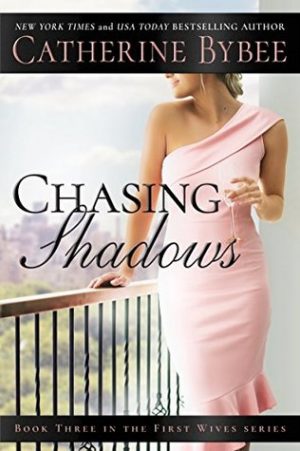 I didn’t read the first two books in this series but loved that this read well as a stand alone.

Avery is wealthy, independent and doesn’t date. As she is recovering from a brutal attack, she becomes distrusting of men. Enter Liam.

This was a really well developed story. Yes of course there was the romance at the center but Averys friendships and the story of her attacker were great well developed sub plots. It was also pretty fast paced and I read it in no time. 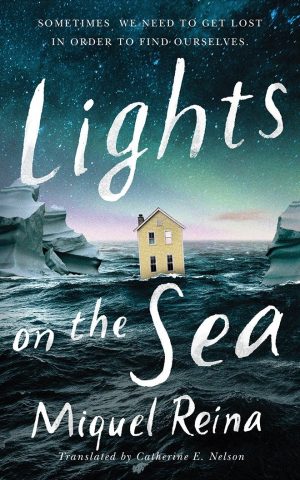 Lights on the sea ~ Miguel Reina

A strange but rather cute book. Picture this, an elderly couple, mourning the death of their son for over thirty years are being forced from their home which stood at the edge of a cliff. The night before they’re to leave, the house (which ironically was built from parts of a ship) falls into the ocean. We follow Harold and Mary Rose as they try to figure out how to get home while faces countless obstacles while stranded on a house in the sea although as Harold accurately determined ‘it seemed only the house knew where it was going’.

So some very strange things happen in this story but a hefty suspension of disbelief and the mystique of the book gets you through. The book is translated from Spanish but it reads perfectly in English.

And that’s it! Cant wait to see what my final book count will be. Im pretty content with passing my goodreads goal of 80, but i secretly have a new goal of 100. We’ll see if I can read the 11 books necessary to meet that goal before December 31st!