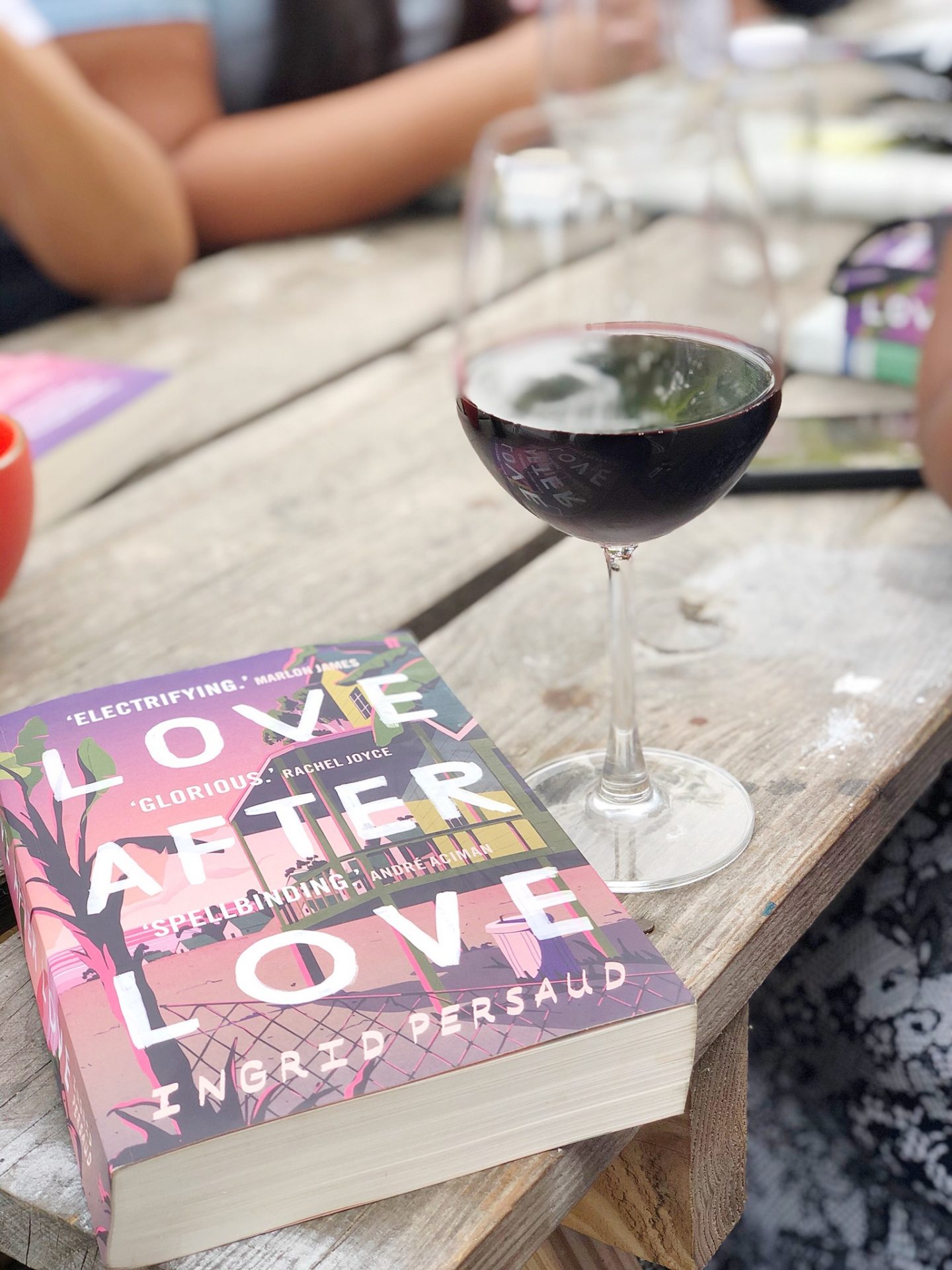 It’s no secret that COVID-19 momentarily stole the reader portion of my brain and for a couple of months, I could not read. Last month I slowly started getting my reading mojo back but it still wasn’t fully there yet. Well, this month my reading mojo returned with a bang. I can honestly say that this month there were several books that I enjoyed reading, and even those I didn’t enjoy, I was able to complete. My old self is emerging and dare I say thriving.

Also, June was Caribbean heritage month and so I read quite a few books written in the Caribbean authors for #Caribathon and #ReadCaribbean. If you are looking for a Caribbean read check out one of the hashtagged books. Ok on to the books. 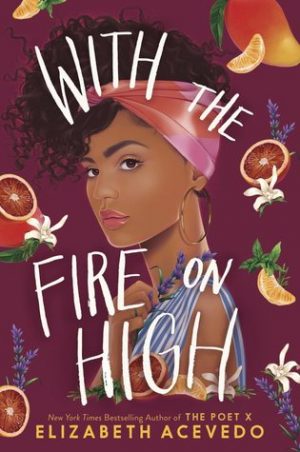 With the Fire on High ~ Elizabeth Acevedo

The story Follows Emoni Santiago and Afro-Latina, teen mother in her last year of high school. She lives with her Puerto Rican immigrant grandmother and her daughter. I loved that although the story was YA but touched on some very adult topics: Even as a young teen mother, Emoni had the wherewithal to consider naming her child a name that could ‘get her in the room’ and not draw attention to her race / lineage’; she struggled with whether to follow her dreams of becoming a chef or doing what is safe and expected in order to make ends meet; she dealt with complex family issues and dynamics. This wasn’t your typical YA.

I truly enjoyed having this view into immigrant America and what they face. I liked the discussion about the struggle of being both black American and black Latina.

As for the writing and structure, I really appreciated that the short quick chapters didn’t cause the story to be choppy as sometimes happens with short chapters, but actually assisted with the flow.

Would absolutely recommend. It was one of the books that I enjoyed reading the most this past month. 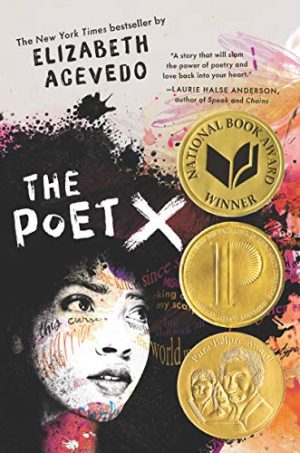 The story follows daughter of caribbean immigrants (Dominican republic) Xiomara, who lives in Harlem NYC. With a devout Christian mother and a father who is absent event though he is present, Xiomara uses poetry express her frustration and her feelings on life.

This was a quick read and a truly gripping coming of age story. The relationships she had with her parents, twin, friends and romantic interests were excellently represented. Each complex and unique in their own way, as human relationships are.

The poetic prose was just mesmerizing. The scene with her and her mum at the end. Brilliant. I would definitely recommend 100 times over.

Sidenote: I knew a couple of girls named Xiomara and they had the same issues with their name. 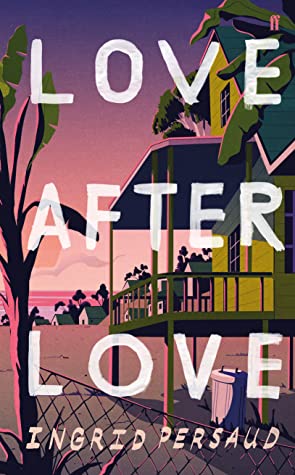 Book club book of the month

Ok so this is one of the books that I enjoyed reading the most this month! That said, I loved this book, but I am Trinidadian. This book is local author Ingrid Persaud’s sophomore novel and one of my faves for the year. The writing was captivating and  kept me so interested that I licked it up in a day. My issue is that as someone married to a foreigner, I will say that it is written in heavy trini vernacular/dialect (and sometimes to an exaggerated extent such that even a trini like myself would never speak like this 100% of the time – at times it felt like the author chucked every local phrase she ever heard into the prose) so someone who isn’t trini may have a difficult time with it. Also, the exaggeration of the vernacular is probably what made me downgrade this from a 5 to a 4 since i just think it perpetuates a stereotype that Caribbean people cant speak English well, when in reality we are pretty well spoken people in general with some of the best literacy rates in the world.

Rant aside, the characters were superbly developed, the atmosphere was authentic and the situations, believable. I would absolutely recommend to caribbean readers, and to none caribbean readers if you do read it, just know that we don’t always speak in this vernacular and if you do read it, appreciate it for what it is. A beautiful tale about an unconventional Indo-Caribbean family.

An absolute pleasure to read. 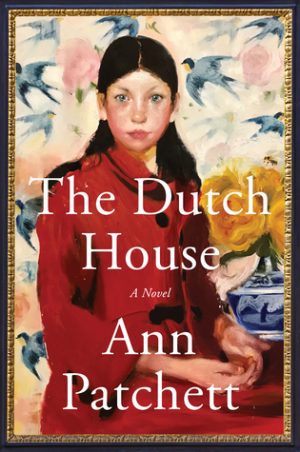 The story is told by Danny, the son of Cyril Conroy, who purchased the Ditch house after WW2. After his mother abondoned the family, their father remarries before his  untimely death. The story tells the tale of Danny and Maeve, Cyril’s children. When they lose the house and their inheritance, their bond is tested and they have to forge their futures without their parents and without the infamous Dutch house that their father bought.

** I also re-read Fangirl by Rainbow Rowell this month on audiobook and it was one of the books that I enjoyed reading the most this month. I saw it, needed something light in the moment and listened to it over the course of a couple days at work. I loved it as much as the first time. Because its a re-read I wont post the full review. I probably reviewed it on the blog before anyway. 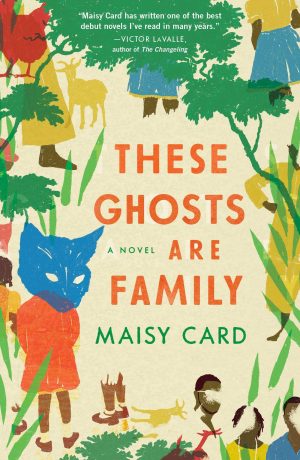 These ghosts are family ~ Maisy Card

Re-read this month for #ReadCaribbean

So I struggled with how to rate this one. On the one hand I was hooked reading it from the beginning (no really from the opening line – it Drew me in immediately). On the other hand, I feel like, based on the blurb, I went in expecting one book… and got another book? Or a series of short stories meshed together into one story.

So I thought I was getting a story that followed Abel / Solomon, a Jamaican born man) whose decision to take his friends identity and start a new life  in Brooklyn (after said friend suffered a tragic death) caused an onslaught of generational trauma.

In reality I rarely saw Abel in the book (though he was significant) and instead  all of his family members and their stories – including in laws and ancestors. I mean the story was entertaining for sure but I still wanted more of Abel’s story and less of some of the others. There were so many stories within the story.

As a debut, this was good and I would recommend in spite of my misgivings about some bits of it. 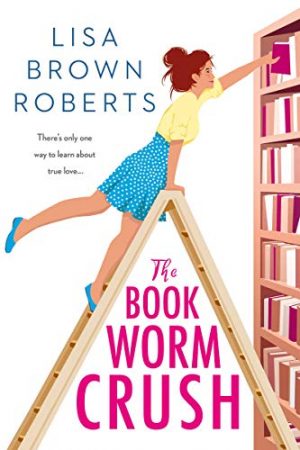 If I were to describe this id say it’s a rom com YA. If you know me you know YA isn’t my name but this was a cute romance since you kinda forgot at times it was YA.

It follows Amy and Toff in a typical ‘popular guy’ falls for ‘nerdy bookworm girl’ trope. Cute. I enjoyed it.

I couldn’t give it more than 3 stars because I had one major issue the book was entirely too long and quite repetitive. It didn’t need to be 400 pages long. At all. 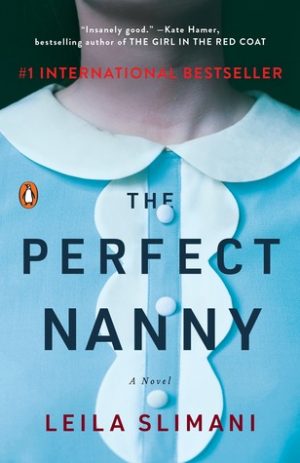 This book was originally translated from French and I could tell that some things were lost in translation, as is expected. Myriam, a Moroccan-French attorney living in upscale Paris decides to go back to work after having her two children. They begin looking for a nanny and they find Louise, who is seemingly perfect but who… isn’t.

It was a bit creepy and unnerving and weird, but not in a way that gripped me. After such a great opening line, I expected to hear a lot more about a crime… instead a lot of time and detail was spent on describing Louise, her past and the relationship with the family. All important things to know, but just a little bit more description than was probably necessary.

Also I keep seeing it described as slow burn. I’m not sure it was a slow burn. I rather think we went from 0 to 100 without so much as a 50 on the way there. It’s like for 3/4 of the book nothing happened and then boom.

That said the writing was pretty good and it was fast paced which I liked but it wasn’t one of those books that I enjoyed reading.  I was just torn on this one. I didn’t love it but didn’t hate it. 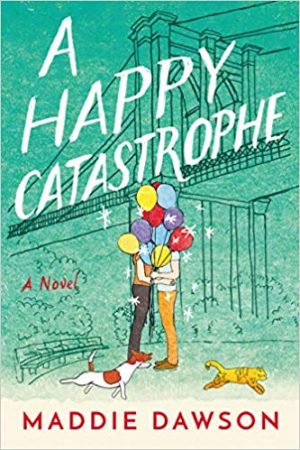 I didn’t know this was going to be a series (or a duo?). I really liked matchmaking for beginners, the first book in the series and this one was cute too.

The story once again follows Marnie the matchmaker who has the ability to sense romantic connections and then finds a way to match people. This time the book focuses on Marnies relationship with Patrick, in a very intense way. It’s told from both Marnies perspective (in the 1st person) and Patrick’s perspective (in the 3rd person). I liked the switch up in the narration.

I remember thinking matchmaking for beginners read like a movie. Well this one did as well. I love that we got to know the characters a lot more. I love that there was complexity and it wasn’t just a cutesy book. Far from it in fact.

It’s heavy on the ‘I want to have a baby’ talk so if that’s triggering to you, I’d skip this one, even though I think it wasn’t over bearing and was dealt with realistically. It also dealt with separation and grief and loss and renewal quite smoothly. My main critique was that the wrap up in the end came suddenly and felt a bit rushed and as a consequence, unrealistic.

Like the first book, the reviews online are mixed but I truly enjoyed it. 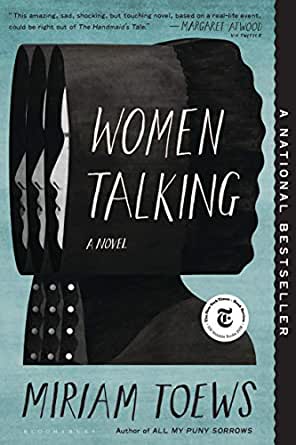 Based on a true story, the book tells the story of some Mennonite women in a Bolivian colony who endured vicious assaults by the men within the colony. Their attacks were often deemed ‘wild female imagination’ or that the devil or ghosts visited the women.

The story is narrated by a Mennonite man named August, the son of excommunicated parents who was raised largely away from the colony. He is tasked with taking the minutes of a secret meeting of 8 women talking about their assaults, the patriarchal nature of their colony and discussing whether they should flee, stand their ground or revenge their attackers. I should note that while the assaults are spoken about, it was tastefully done without graphic detail.

There’s not a lot of action in the book as it is quite literally ‘women taking’ but, though at times monotonous, I did keep reading.

I do have some issue with the narrator being a man (though due to the nature of the colony it could not be any other way) but I didn’t like the interjection of his story into the story of women in a book called ‘women talking’ that focused on how patriarchal norms had devastating effects on the females within the colony.

Have a great one guys!